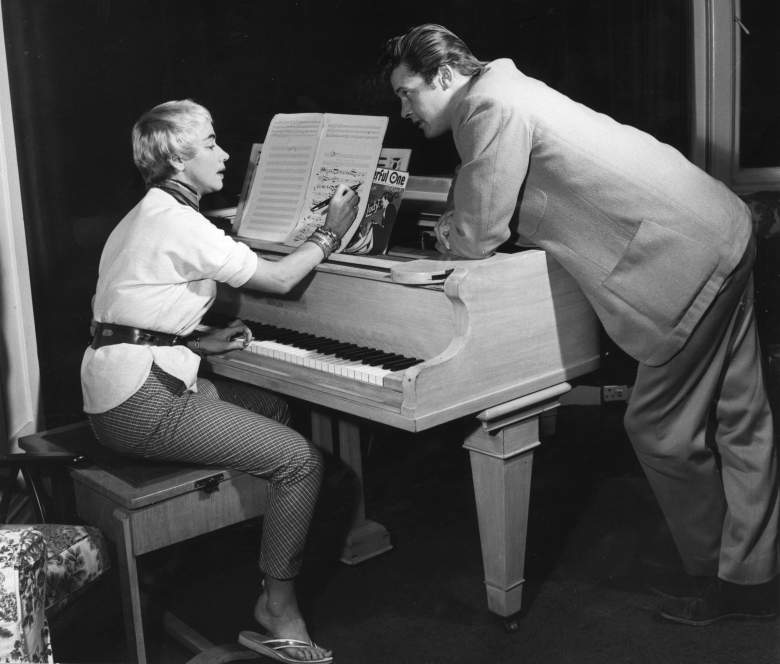 Sir Roger Moore, best known for playing James Bond, has died at the age of 89 after a battle with cancer.

Moore played the Bond character in seven 007 films and became known for his nonchalant, relaxed style and humor.

“To me, the Bond situations are so ridiculous, so outrageous,” he once said. “I mean, this man is supposed to be a spy and yet, everybody knows he’s a spy. Every bartender in the world offers him martinis that are shaken, not stirred. What kind of serious spy is recognized everywhere he goes? It’s outrageous. So you have to treat the humor outrageously as well.”

Over his lifetime, Moore was married to four women. His second wife, Dorothy Squires, was one of the most famous singers in the U.K. during her era. The two were married for 15 years before officially divorcing, however.

Squires died in 1998 at the age of 83 in South Wales after a battle with cancer.

Here’s what you need to know about Squires:

1. Moore & Squires Were Married for 16 Years 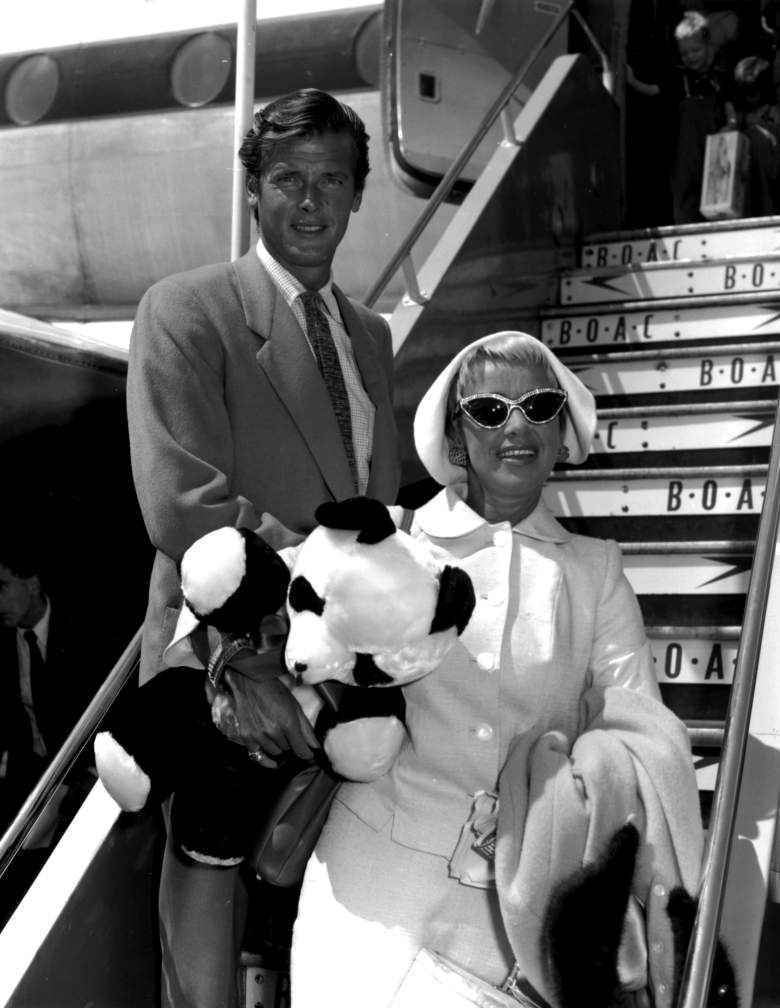 Squires and Moore, who was 13-years younger than her, met at a party at her mansion in Kent. The two started a relationship with each other and got married on July 6, 1953 in New Jersey before moving out to Los Angeles.

She famously said about their relationship: “It started with a squabble, then he carried me off to bed.”

Squires was the one to introduce Moore to Hollywood. She brought him along and introduced him to many people in the film industry, such as Gary Cooper, Doris Day and Rock Hudson.

Soon enough, Moore’s career started to take shape, but her’s started to decline. Moore’s popularity started to grow on Squires, and she lashed out.

According to a recent article by Wales Online, Moore was approached by a “bunch of young girls” who asked him for autographs. Dorothy was nearby and pretended not to notice all of the girls. She reportedly turned to Moore and yelled, “come on you p****, we’ll be late!”

The article said that Squires saying that was because their marriage was on the rocks. That was evident when Squires went to pick up Moore from his home once, and he refused to answer the door. Squires didn’t have much patience and was immediately angered. She started to throw stones at his home and broke every window that she could see.

Moore reportedly ran out of the house and was grabbed by Squires’ hand at his throat. He told her, “your hand is bleeding,” to which she replied: “It’s my heart that’s bleeding.”

In 1961, Moore left Squires to be with Italian actress Luisa Mattioli. The two didn’t officially get divorced until 1969, though.

Moore had previously admitted that he treated Squires poorly. When she died in 1998, Moore was the one to pay her hospital bills, saying “I shall pay for it one day.” 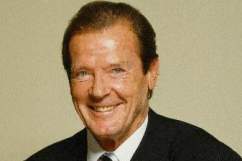 Roger Moore Cause of Death: How Did Bond Star Die?

2. She Started Singing Professionally When She Was 16 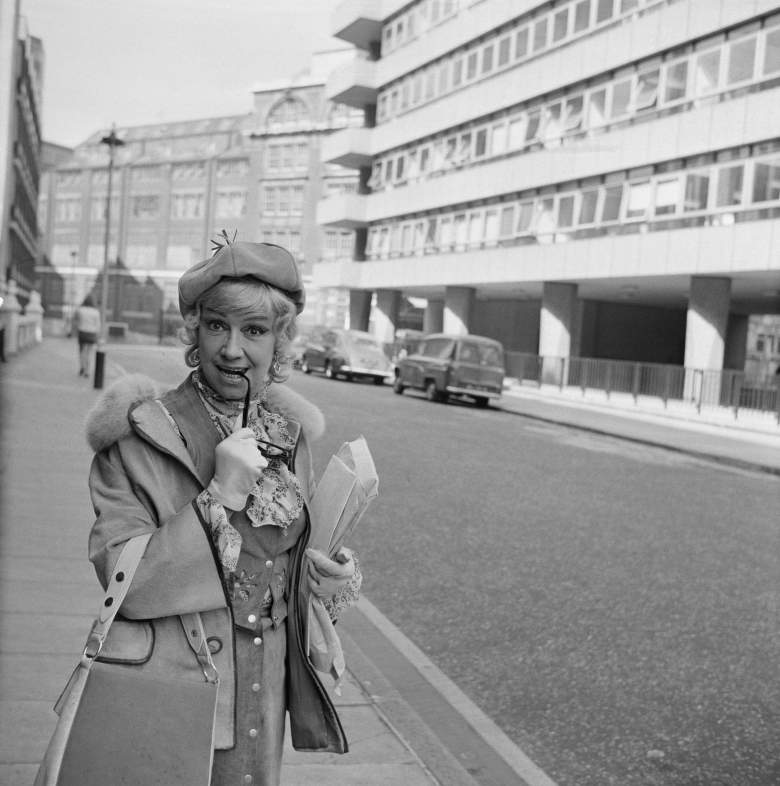 Squires first became interested in being a singer after watching Al Jolson‘s role in “The Jazz Singer.” the 1927 movie was the first musical in cinema history, and she was determined to make her dream a reality after that.

When she was a child, she always wanted a piano, but her mother bought her a ukulele.

As a teen, Squires worked at a tin plate factory. It was there that she started her singing career. At 16-years old, she sang inside of the working men’s club of Pontyberem.

Once her popularity started to grow, she became a nurse and moved to London. While working in the medical field, she continued to go after her dream of being a professional singer. She auditioned for numerous jobs and finally met an agent who was able to get her some time singing at night at clubs in the London area. That’s where she earned the nickname Dorothy, which she used on stage ever since.

At that time, she did a lot of her singing with Billy Reid, who played while she sang. The two joined forces and he started writing songs which she would sing in 1936.

3. She Was the Highest-Paid Female Singer In the U.K. At a Time 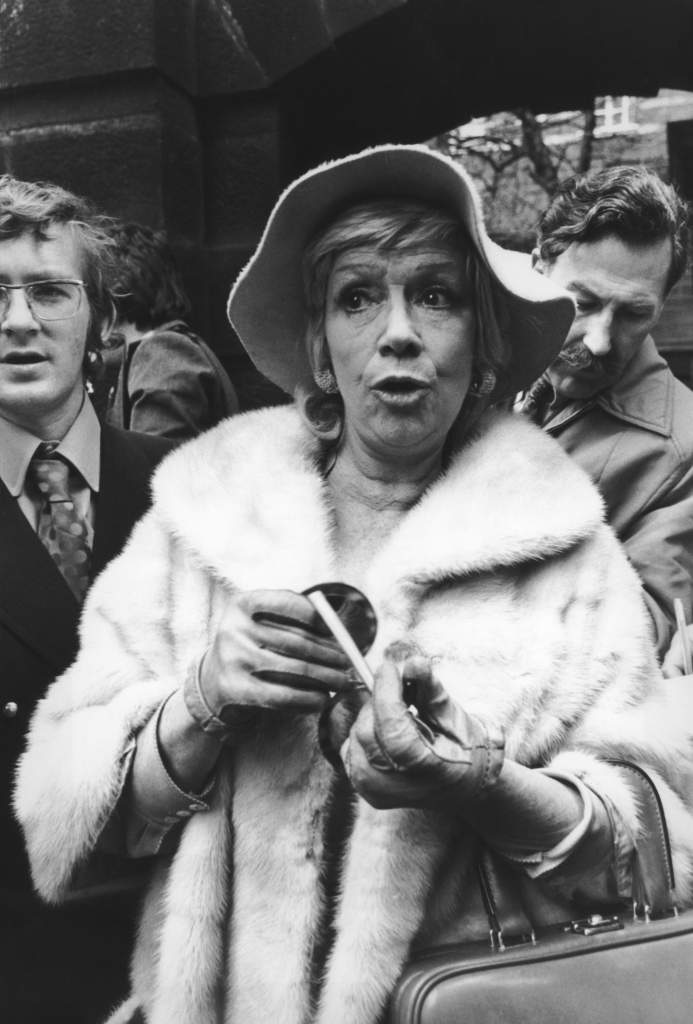 After World War II, Squires was a star on the BBC radio show Variety Bandbox. Doing so helped her finally achieve her dream of gaining exposure and being a professional singer. She was the highest-paid female singer in the U.K. during the shows run.

Dorothy Squires Live Pt1Can you help? The film stars in your eyes is trying to be restored. The film company Adelphi needs to raise cash to do this. It stars Dorothy Squires. You can donate directly to Adelphi Films by bank transfer or by sending a cheque made out to Adelphi Films at 21 Stembridge Rd, Anerley; London.…2011-04-11T22:34:09.000Z

Reid, who was Squires’ partner at the time, bought a 16-bedroom mansion in Bexhill on Sea and the pair recorded some of their most famous songs. “A Tree in the Meadow” was just one of the many hits created by Reid and Squires. It’s best known in the United States as a recording by Margaret Whiting, and it even reached No. 1 on Billboard‘s pop chart.

In addition to that hit, she had another big hit titled “I’m Walking Behind You,” which was covered by Eddie Fisher and became a hit single in the U.S. “The Gypsy” was also a No. 1 hit following a cover by the band The Ink Spots.

4. She Was Born In a Carnival Caravan 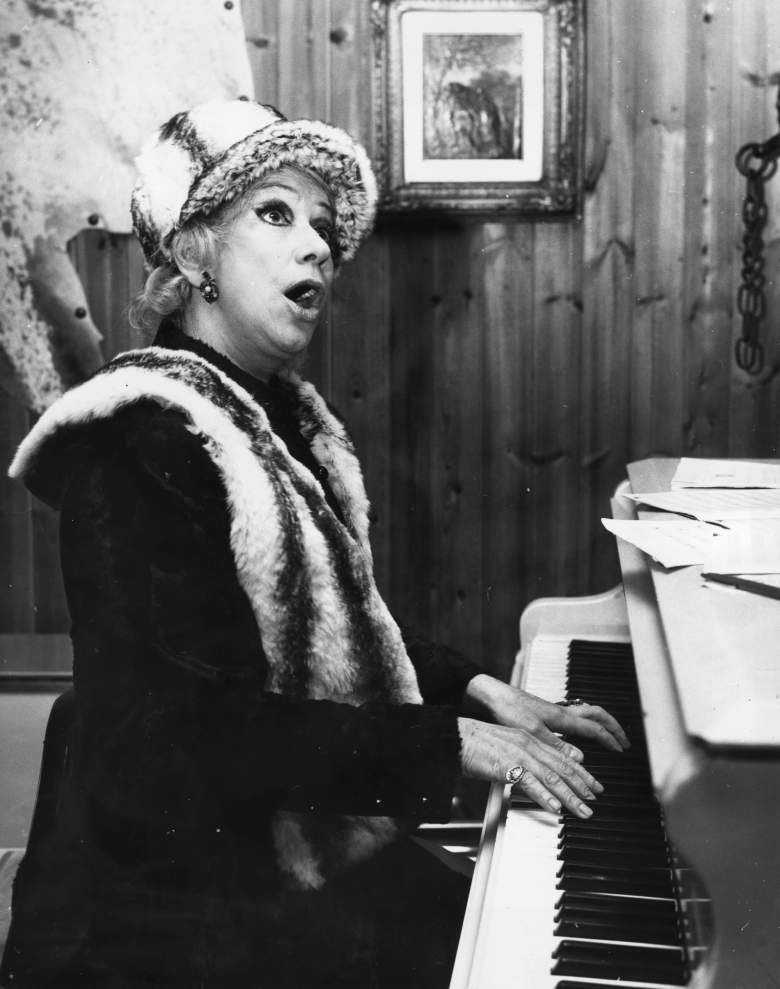 Squires was born with the name Edna May Squires and was born in a gypsy caravan in Dafen, South Wales in 1915.

Her father, Archibalt James Squires worked as a steelworker and was often known as a gambler and a womanizer, which meant that her mother — Emily — was left to raise Dorothy and her two siblings.

5. She Was Known For Lawsuits In Her Later Years 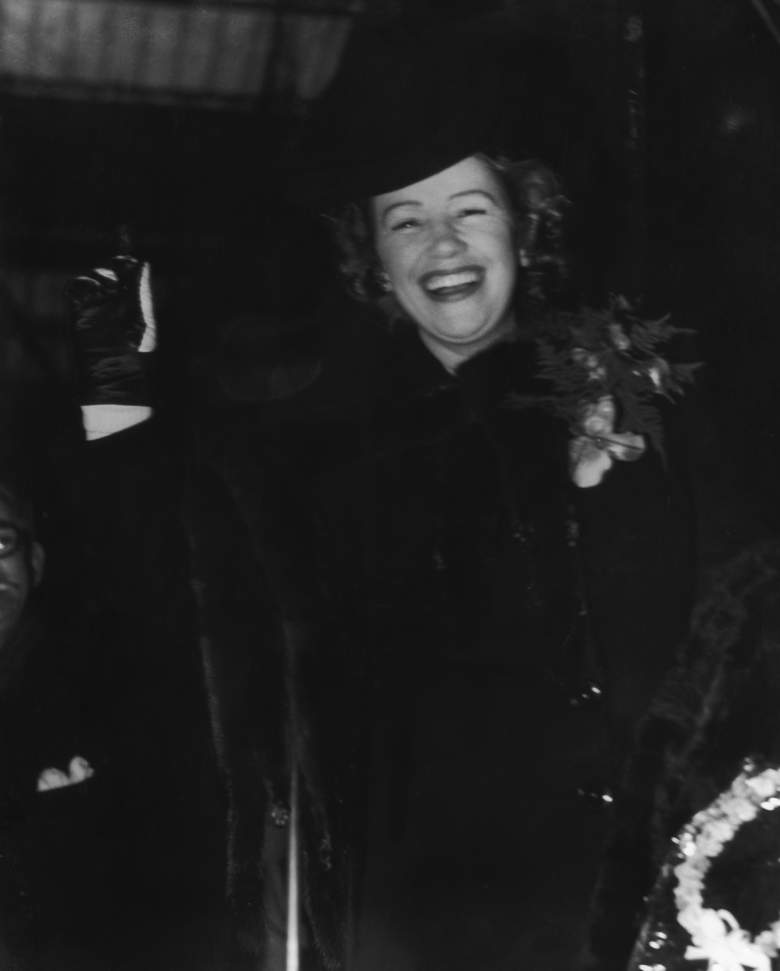 The later years of Squires’ lifetime were highlighted by her time in the courtroom and massive amounts of legal fees that she paid to file lawsuits.

For 15 years, she had 30 cases filed with the court system. One of the more notable ones was in 1971 when she sued News of the World and was awarded 4,000 pounds. The next year, she filed a libel suit against actor Kenneth More, who accidentally referred to Moore’s new partner, Mattioli, as his wife. Squires and Moore were still legally married, but she ended up losing the case.

Then in 1973, she was accused of kicking a taxi driver who attempted to get her out of his cab. She was also accused of trying to bribe a radio producer on BBC to play her records, but the case ended up being dropped.

One year after that, her mansion burned down with her inside of it. Fortunately, she was able to exit the house with her dog — and her love letters from Moore. While work was being done on her torched mansion, she moved into a home next to the River Thames, which was flooded just three weeks later.

The number of filings with the High Court led to Squires being banned. The court declared on March 5, 1987 that she was a “vexatious litigant,” which banned her from moving forward with any legal filings without the permission of the court.

Read More
Breaking News, Celebrity, James Bond
Roger Moore, who played James Bond in seven films, has died at the age of 89. He has had four wives in his lifetime, getting married to Dorothy Squires in 1953.