Gregg Allman passed away on Saturday, May, 27, 2017. A founding member of The Allman Brothers Band, the 69-year-old musician had battled liver cancer over the past few years. He died following complications from the disease. His longtime manager, Michael Lehman, confirmed the news, adding that Allman died at his home in Savannah, Georgia, and was “surrounded by his family and friends” at the time of his death.

Allman was married six times, but his most famous relationship was with iconic singer, Cher. The two wed in 1975 and divorced four years later.

“I’ve tried … words are impossible, Gui Gui. Forever, Chooch,” Cher tweeted shortly after news of Allman’s death went public. She also tweeted the following photo of her and her ex-husband.

In 1978, Cher talked to People Magazine about moving on from Allman. She mentioned that the two hadn’t talked for quite some time, mainly because it was “too hard” for her.

“It’s better not to know what he’s doing, because it’s just too hard for me. If I knew, I’d want to be with him and help him,” she told People Magazine.

Heartbreaking. No words can describe my sadness. Gregg Allman… the best musician, husband, father and person. You will be missed. Rest in peace. Love you ?? #greggallman #theallmanbrothersband #ripgreggallman #restinpeace #cher

Elijah Blue Allman is the only son of Cher and Gregg Allman. He was born on July 10, 1976. He inherited his parents’ talent and love for music and is a founding member of the heavy metal group Deadsy. Elijah Allman is the singer of the group and also the lead guitarist. He performs under the name P. Exeter Blue.

According to the website Who’s Dated Who, Elijah Allman has dated Bijou Phillips, Nicole Richie, and Heather Graham. He married Marieangela King in 2013, six days after proposing.

According to Entertainment Tonight, Elijah Allman suffered a “near fatal bout” of Lyme disease. He received treatment from doctors in Germany and has been cured.

In 2014, he opened up about what it was like growing up with Gregg Allman and Cher as parents.

“It wasn’t like a sex drugs and rock and roll household, but you know there were a lot of big parties and there was an era for that. I mean like when I was a little kid like in the 80s there was a lot of that, you know. I mean I remember Andy Warhol coming over to the house and things like that, I didn’t appreciate what that was at that time,” he said. 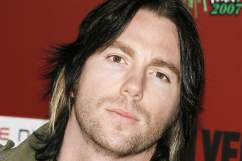 3. Cher Married Allman Days After Her Divorce From Bono

Another sad loss of a musical icon gone too soon. I love the old photos of him and Cher. They were a hott couple! ? #greggallman #midnightrider #cher #gonetoosoon #musiclegend

Cher made headlines for marrying Allman just days after her divorce from Sonny Bono. Two weeks later, the two separated. However, Cher learned that she was pregnant with Allman’s child, causing the two to give their love another go.

The two met and fell in love quickly, but their relationship has often been referred to as “rocky.”

“She smelled like I would imagine a mermaid would smell,” Allman wrote about Cher in his memoir, My Cross to Bear.

Despite their tumultuous relationship that made tabloid headlines every other week,

“Nobody ever made me feel as happy as Gregory did … he’s wonderful. I don’t understand why he can’t see it. He’s the kindest, most gentle, loving husband and father. But then, he forgets and everything goes to sh*t,” Cher told People Magazine in 1978.

4. They Recorded Two the Hard Way Together in 1977

Two the Hard Way was released was recorded under the name ”Allman and Woman.” The labor of love did poorly commercially and critically. The album has never been released in compact disc format or digitally.

The track listing for the record is below.

favs // so sad to hear about Gregg's passing, such great talent–he will be missed ?☁️✨ #Cher #greggallman

Although they tried to make things work on numerous occasions, Cher and Allman ended up splitting for good in 1979. The two seemed to have a great respect for each other, but their love wasn’t meant to last.

According to Entertainment Weekly, there were a variety of problems that contributed to the demise of their relationship. Not only did Cher have a hard time with Allman’s addiction issues, but the outlet seemed to dance around some jealousy issues Allman had when it came to Cher working with her ex-husband, Sonny Bono. This caused the couple to split the first time.

“Cher had found that Allman’s heroin and liquor problems were too much for her to handle. When she called him to say it was over, she later said, ‘He was so high he didn’t even understand me,’ according to J. Randy Taraborrelli’s bio Cher. Allman dried out and won her back within a month,” reported Entertainment Weekly.

The two rekindled their romance only to split again.

“There was no future for us because she has that constant paranoia of (my) going back to alcohol,” Allman said at the time.