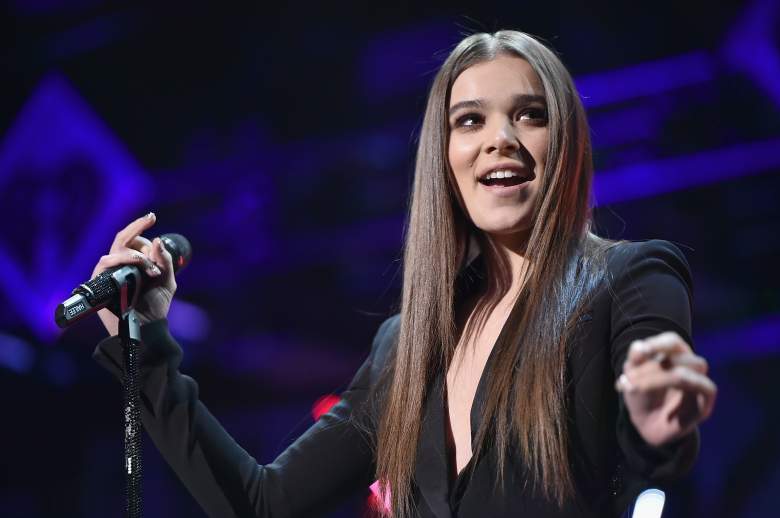 Hailee Steinfeld, born December 11, 1996, is an actress and singer who hit the scene in 2010 with her role in True Grit. The film earned her nominations for an Academy Award, a Screen Actors Guild Award and a BAFTA. Since then, she has starred in a dozen films and has released a music album.

Steinfeld has managed to stay out of the spotlight, especially when it comes to her personal life.

1. She Has Recently Been Linked to Justin Bieber

Steinfeld has recently been linked to Bieber and sources tell TMZ that the two have been talking for about a month now. According to the site, the two attend the same church and were introduced by pastor Carl Lentz.

Their relationship has been rumored ever since Bieber showed the paparazzi his phone whilst he was FaceTiming Steinfeld sometime in March. The photo circulated on social media and many wondered if the two were actually an item.

Although the pair didn’t attend the Met Gala together on May 1, sources tell TMZ that Steinfeld met up with Bieber after the event. A fan snapped a photo of the rumored couple, Steinfeld’s hair still in a tight bun. The picture has been circulating on social media.

It is important to note that there are conflicting reports about Steinfeld’s current relationship status. Gossip Cop reports that Steinfeld is not dating Bieber and that the two are just friends. 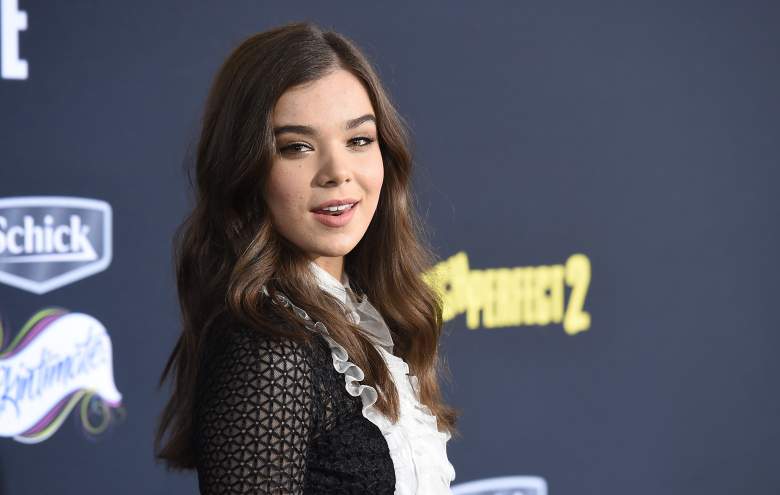 Hailee Steinfeld attends the premiere of ‘Pitch Perfect 2’ at the Nokia Theatre. (Getty)

“Pitches” fell in love with Steinfeld following her role as Emily Junk in Pitch Perfect 2. She played the role of a “Legacy Bella” who was obsessed with joining the A capella girl group, the Barden Bellas. Throughout the movie, fans get to see Emily come into her own. At the end of the film, Emily gets to work one-on-one with Becca (played by actress Anna Kendrick) and the two record a song together. The song, “Flashlight,” originally recorded by Jessie J, becomes part of the Bellas competition set, giving Emily a solo in the World Championship. You can check that out in the video below.

Steinfeld has already filmed Pitch Perfect 3, which is slated to hit theaters on December 22, 2017. Although the plot is undisclosed, Steinfeld will reprise her role as Emily Junk and will likely have a more prominent storyline as she was left as one of the only Bellas still at Barden following graduation.

3. She Began Acting When She Was 8-Years-Old 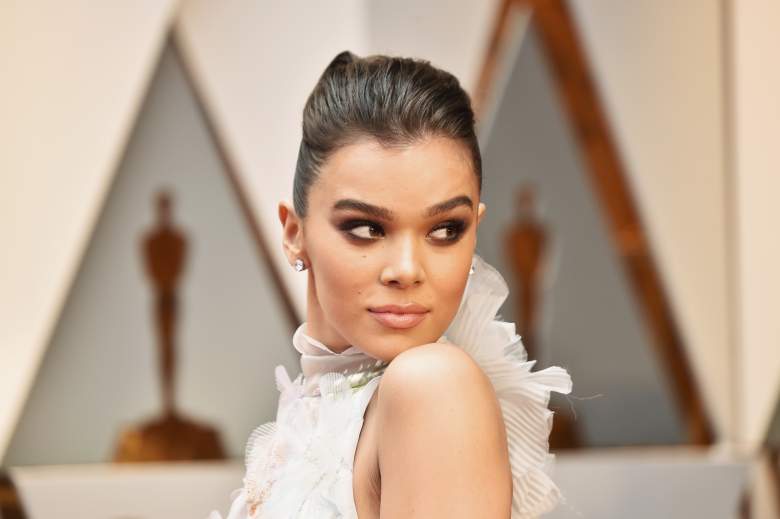 Being an entertainer was pretty high on Steinfeld’s “to do” list. She started performing when she was a child and got into acting when she was just 8 years old. Although she enjoys singing and acting, she says that it didn’t really matter which big break came first.

“I didn’t differentiate between the two. I’ve wanted to perform and entertain since I was eight years old—it just so happens that the acting picked up first,” she told InStyle.

4. Her Only Music Album to Date Is Titled ‘Haiz’ 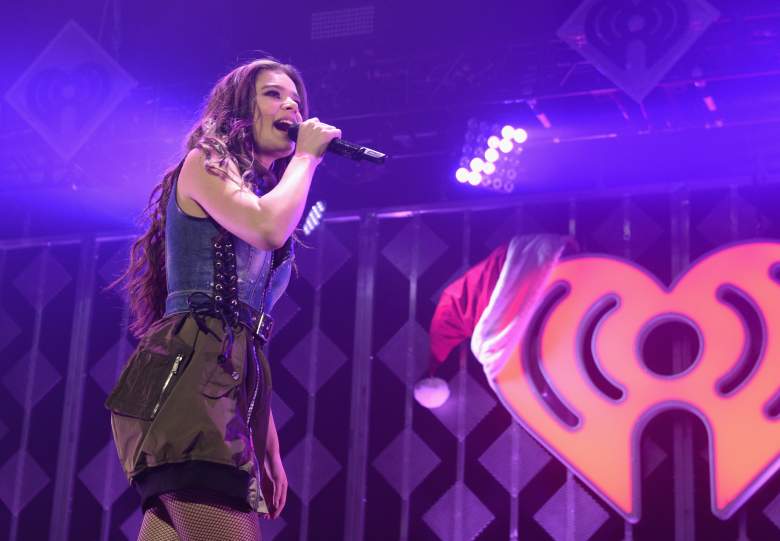 Steinfeld’s album name was a nod to her fans as they gave her the nickname “Haiz.”

The track listing of the album’s deluxe edition is below.

Her first single, “Love Myself,” reached No. 7 spot on Billboard’s Top Pop Songs Chart and reached the Top 40 on multiple international singles charts. Steinfeld has frequently talked about how happy (and surprised) the success of the single has made her.

“I wasn’t expecting it at all. When you’re working on something, you’re excited to share it with people, but then you start to question everything about it. I went through so many emotions in such a short amount of time in advance of the release. Then I saw the excitement from fans over social media, and it was an amazing thing to see. When Sam Smith tweeted at me, I literally had to log on and make sure it wasn’t a fake account,” she told InStyle.

You can watch the video for “Love Myself” below.

5. She Is Part of Taylor Swift’s Squad 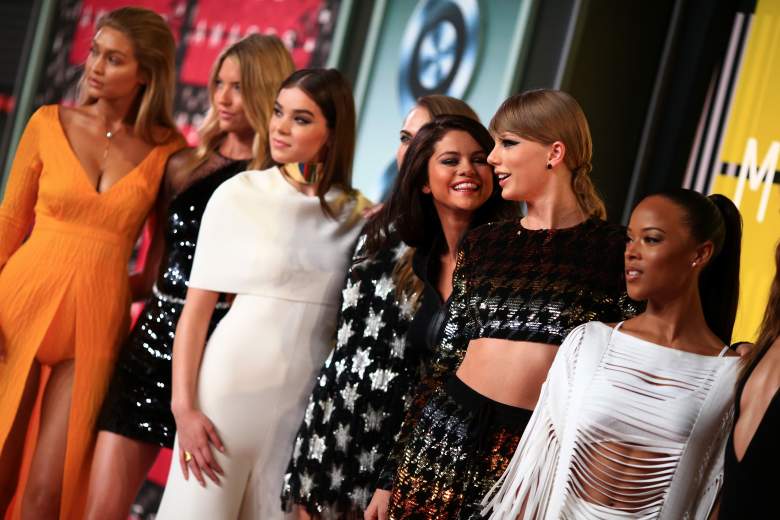 Taylor Swift and her squad at the 2015 Video Music Awards. (Getty)

It’s no secret that Taylor Swift has quite the impressive girl squad and Steinfeld fits in perfectly. She and Swift have been friends for a while, although that could change if Steinfeld is dating Bieber — Swift’s BFF Selena Gomez previously dated the “Let Me Love You” singer.

Steinfeld was in Swift’s music video for the song “Bad Blood,” alongside several other members of Swift’s inner circle including Cara Delevingne, Lena Dunham and Karlie Kloss. You can watch that music video below.

Interestingly enough, Steinfeld doesn’t get to spend a lot of time with her pal Swift — at least, not as much as you might think.

“I think people think we spend a lot more time together than we actually do!. She’s amazing, though,” Steinfeld told Seventeen Magazine. 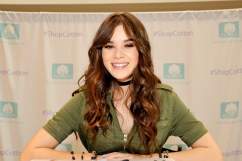 Who is Hailee Steinfeld Dating? Does She Have a Boyfriend?

Read More
5 Fast Facts, Celebrity, Hailee Steinfeld
Hailee Steinfeld is a singer and actress known for her roles in "True Grit" and "Pitch Perfect." She has released several music singles as well, her latest is titled, "Most Girls."