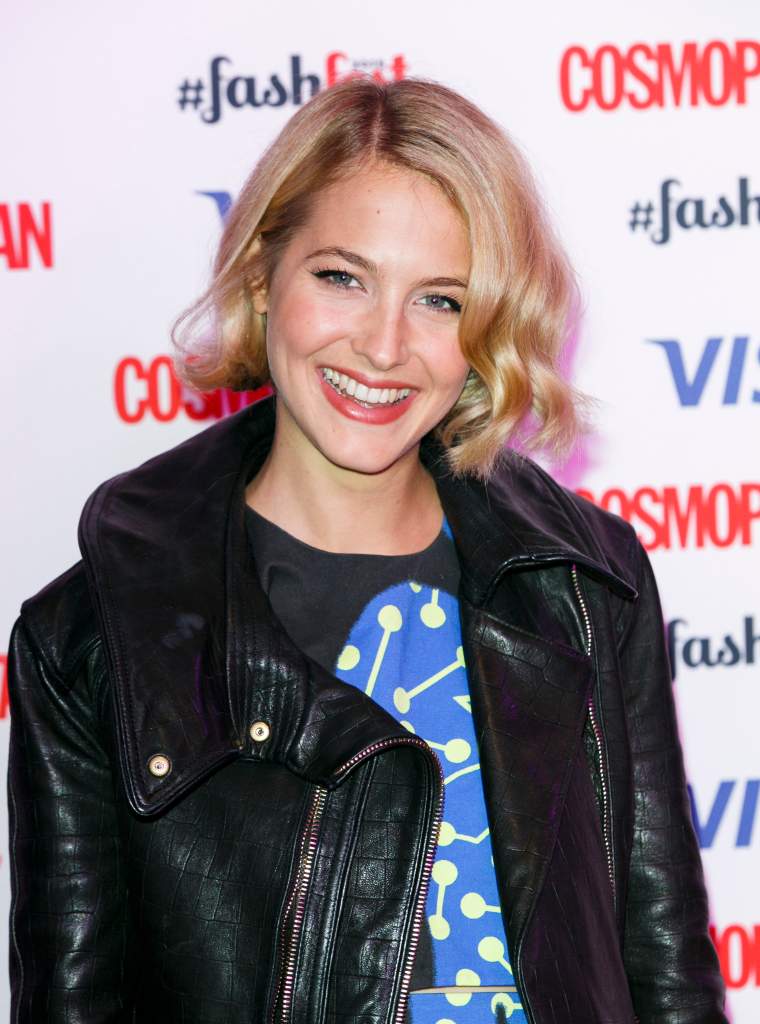 Tess Ward, 27, is dating One Direction band member, Harry Styles. A food writer and consultant from the UK, Ward has also done some modeling and enjoys doing yoga and kickboxing in her spare time.

She spent years traveling the world and fell in love with food. She enjoys trying new flavors and puts an emphasis on clean eating as a part of her every day life.

1. She Has Been Dating Styles For a Couple of Weeks 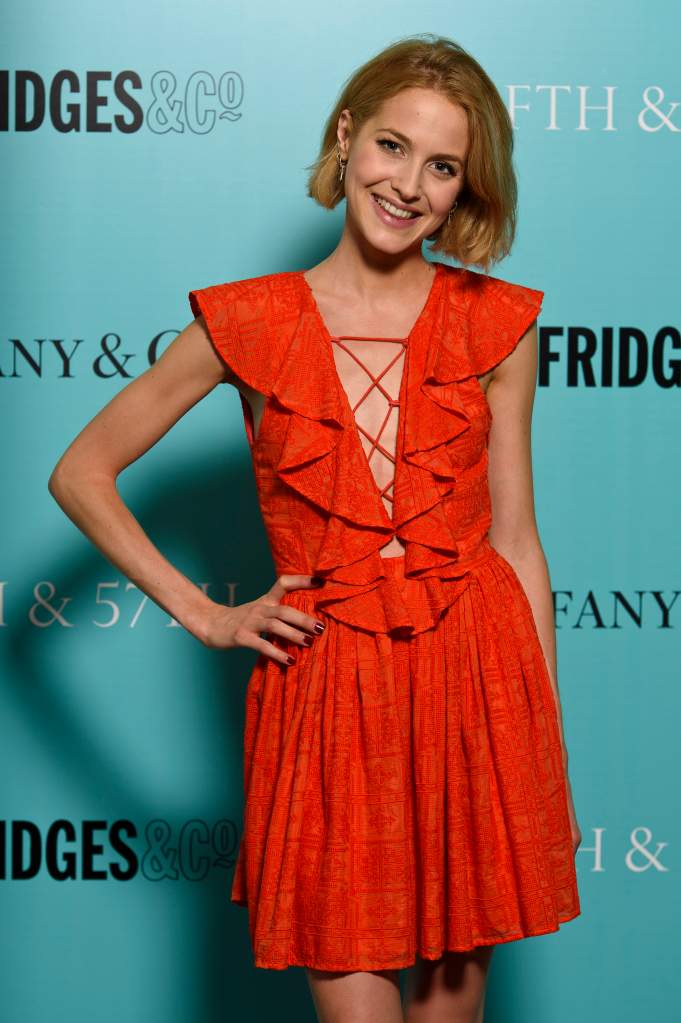 Earlier this month, the two were spotted driving around in his car. This marked the first time that they were spotted out in public together. At the time, it was unclear who the “mystery blonde” in Styles’ Audi was. Ward has since been confirmed as the lucky lady.

Most recently, Ward was seen leaving a live Styles show in London. It is believed that the two may have coordinated outfits that evening as Styles wore lavender-hued pants with a dragon on the leg and Ward wore a denim jacket with a similar dragon on the back.

“As soon as Harry met Tess there was an instant spark between them. They really bonded over their mutual love of quirky fashion and food – and things turned romantic quickly. They’ve been on a number of dates while Harry has been in London and he’s already introduced Tess to some of his close friends including his personal stylist Lou Teasdale. This really seems different to Harry’s past relationships as Harry genuinely is besotted with Tess and doesn’t want to risk messing this one up,” a source told The Sun.

2. She Is a Chef & Has a Cookbook Called ‘The Naked Diet’ 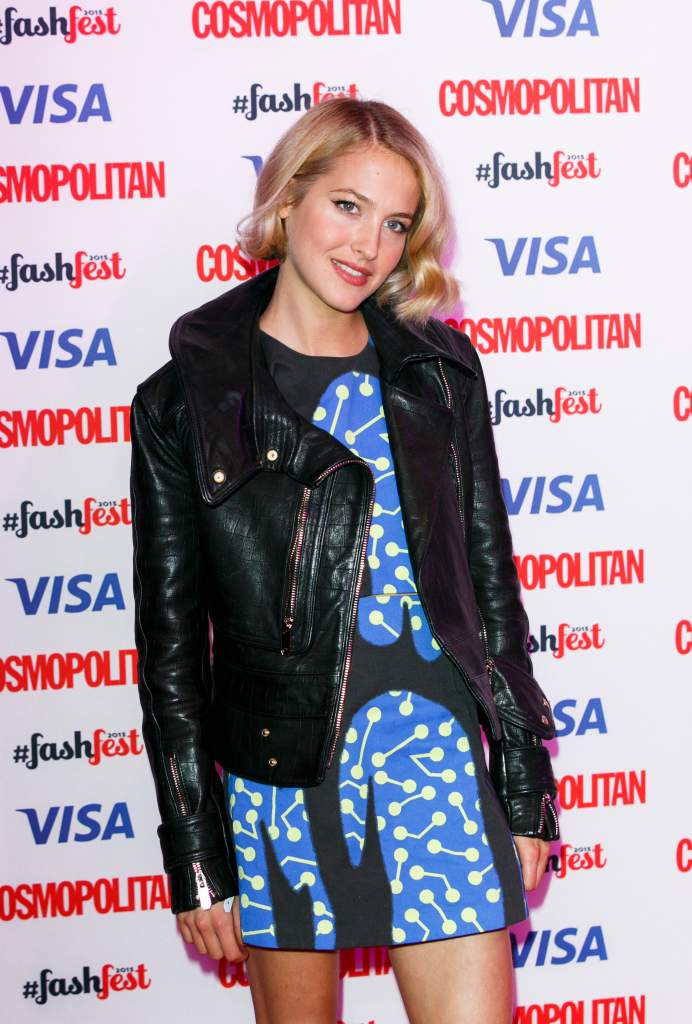 Ward has a serious love for all things food and flavor. She studied history in undergrad but fell in love with cooking and later enrolled at Le Cordon Bleu after graduation.

Her cookbook, The Naked Diet, “celebrates unprocessed ‘naked’ ingredients and this method of stripped back cooking with a riot of delicious dishes that count [colors] to nourish body and tastebuds,” according to her website. It retails on Amazon for about $8 (£6.79).

Ward runs her own website called “The Yes Chef” where she posts recipes and blogs about travel. She works in the food industry as a consultant and also freelances about food, lifestyle, and travel, for various publications. She has worked for River Cottage and The Ritz, and, in case you weren’t impressed enough already, she is also a certified health coach.

3. Fans Have Been Pretty Nasty Towards Her Since She Started Dating Styles

Styles’ fans tend to be very territorial, so it’s no surprise that some of them dislike whomever he chooses to date. According to The Sun, reviews for her cookbook took somewhat of a nosedive over the past couple of weeks. It is believed that fans — who may or may not even own the book — have been leaving negative reviews about it.

“While her book had previously enjoyed mainly four and five star reviews, the past week has seen a series of scathing one star reviews appear on online retail website Amazon,” reports The Sun.

She recently took to Instagram to ask that people “be kind” to her.

“Also for everyone following and messaging me, I am thankful but please be kind to me. All I want is to share beautiful food with you all,” she wrote as the caption to one of her recent photos.

4. She Previously Got into a Twitter Feud With British Bake Off’s Ruby Tandoh

Give me a dirty martini over a clean green juice anyday. Interview now talking food trends and my love of fashion and pastry in @phoenixmaguk ✨ styling @stevy_wang #regram

The two women got into a Twitter feud after Ward accused Ruby Tandoh (of Great British Bake Off fame) of contributing to “sugar addiction problems,” according to The Mirror. The exchange, which was fairly brief, happened about a year ago but has since resurfaced, perhaps because of Ward’s new high-profile relationship with Styles.

“Let’s all make baking books and wonder why the world has health and sugar addiction problems,” Ward tweeted some time after Tandoh released her two cookbooks Crumb: The Baking Book and Flavour: Eat What You Love.

“OK mum,” Tandoh responded, adding, “funny how Tess Ward, denizen of the weight loss industry and full-time diet shill, can stand up for ‘body positivity’ when it suits her. To be honest that is the ethos of the entire food media and it is s*** and we are all responsible.”

According to the Daily Mail, Ward is “a regular on the London social scene.” Not only has she thrown a few lovely events for some rich and famous folk, but she has also rubbed elbows with some celebs in the UK. Ward is said to have friendships with Suki Waterhouse and Millie Mackintosh.

Waterhouse is a British actress and model who used to date American actor, Bradley Cooper. She is best known for her roles in Love, Rosie (2014) and Insurgent (2015).

Mackintosh is known for her role in the reality series, Made in Chelsea.

“I’m routinely referred to as the heir to the Quality Street fortune. As though I hit 21 and inherited millions. If only. It’s not as if I get a cut every time someone eats a toffee. My family sold the business years ago. I’m comfortable, but I don’t live a flash life. I don’t have a Bentley or a chauffeur. Unlike Bernie Ecclestone’s daughters, my dad isn’t about to buy me a multimillion-pound flat. My parents helped me out with rent when I first moved to London but I’ve been completely self-sufficient for the past two years,” Mackintosh told the Daily Mail in 2012. 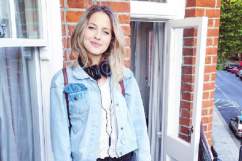 Read More
5 Fast Facts, Celebrity, Harry Styles, One Direction, Relationships
Tess Ward has been dating Harry Styles for a couple of weeks. Here is everything you need to know about chef and food blogger.