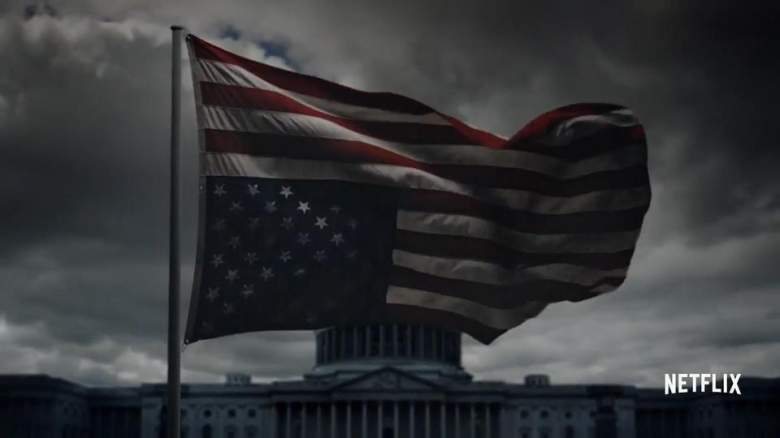 House of Cards Season 5 will begin streaming on May 30th. (Netflix)

In House of Cards Season 5, it looks like a major plot point will be Kevin Spacey’s Frank Underwood attempting to abolish presidential term limits. After all, in the Season 5 trailer, Spacey imagines a future in which he serves well into the 2030s, and a recent clip shown on Ellen depicts Frank and Claire Underwood having a conversation while looking at a portrait of George Washington, with Claire saying, “He can’t save us. He invented term limits.”

It remains to be seen how this will play out in the show, but in real life, could a president legitimately abolish term limits and stay in office for decades as Frank Underwood apparently plans on doing?

Passing a constitutional amendment is an extraordinarily difficult process that requires an overwhelming majority of support.

That’s not the end of the process, though. The amendment then goes to the states, and three fourths of the states, i.e. 38 of them, must agree to ratify the amendment.

The president himself has absolutely no role in the amendment process, and he does not even sign it, although the president sometimes signs the amendment’s certification just as a ceremonial function.

A president who wanted to abolish term limits, then, would face a monumental uphill battle that would involve convincing both his entire party and a significant chunk of the opposition party that it is a good idea.

It’s hard to imagine Frank Underwood will be successful in his quest to abolish term limits, but then again, he’s managed to pull off quite a few impressive feats of political trickery in this show already.

House of Cards Season 5 will begin streaming on Netflix on May 30th.