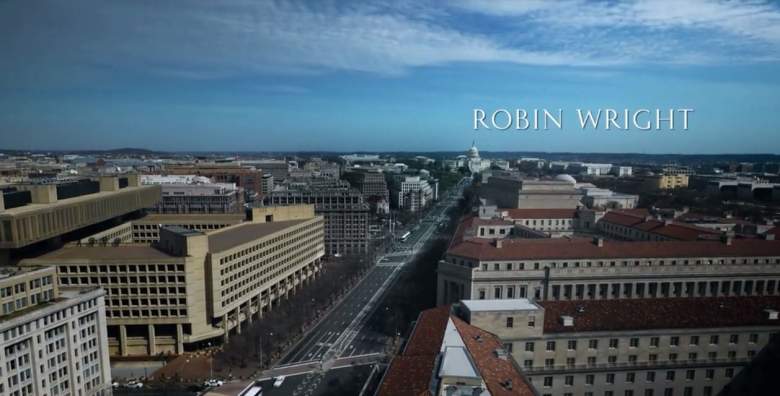 A screenshot from the opening credit sequence of ‘House of Cards.’ (Netflix)

House of Cards, Netflix’s political drama starring Kevin Spacey, takes place almost exclusively in Washington, D.C., following characters who work in the White House and on Capitol Hill. But does the show actually film in Washington, D.C.? How much of what we’re seeing on the show was legitimately shot in the nation’s capitol?

Interiors for the show are primarily filmed in a warehouse in Joppa, Maryland, where the White House has been reconstructed through a variety of indoor sets. In addition to the White House, other interior scenes are filmed here, including much of the indoor scenes in the Underwood house. For scenes that take place in the U.S. capitol, filming often occurs in the Maryland State House in Annapolis, Maryland. Earlier this year, a House of Representatives sequence was shot at the Baltimore County Council Chambers in Towson, Maryland, according to The Washington Post.

There have also been a few individual sequences that were shot entirely in D.C. For example, in 2014, the show shot a motorcade sequence in D.C, according to Politico.

So why does the show film in Maryland as often as it does? One major reason is that they receive tax credits from the state of Maryland, usually ranging from $10 million to $15 million.