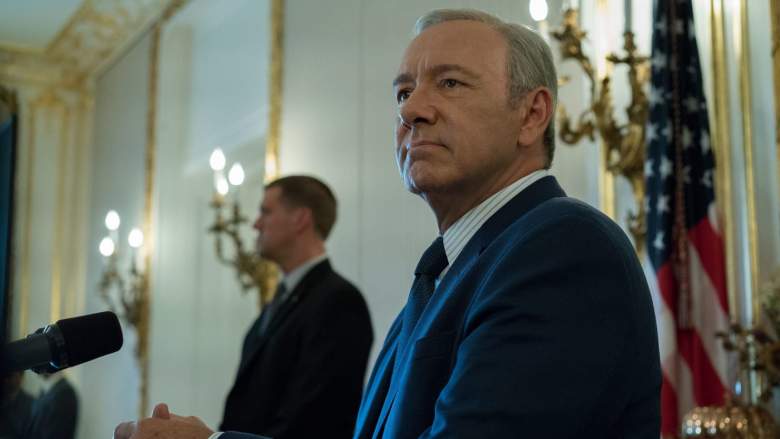 Kevin Spacey as Frank Underwood on ‘House of Cards.’ (Netflix)

House of Cards, the hit political drama series starring Kevin Spacey, is about to drop its entire fifth season on Netflix. The show follows the fictional administration of Frank Underwood, and the cast of characters is so large that it sometimes becomes a bit confusing who actually has what job in the White House. So what exactly is the makeup of Frank Underwood’s cabinet going into Season 5 of the show? 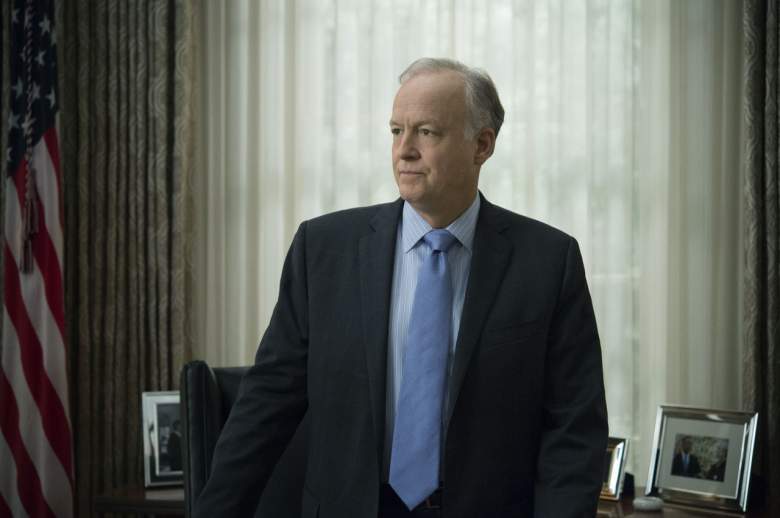 Donald Blythe, the vice president on ‘House of Cards.’ (Netflix)

Frank Underwood’s vice president is Donald Blythe. Blythe previously served as a member of the House of Representatives, and he was a major part of the education bill at the center of the first season. Blythe was considered to be much further to the left than Democratic President Garret Walker, who ran on a somewhat moderate platform. Underwood leaked the fact that Blythe was working on an extremely liberal education bill in order to undermine the Walker administration. He then convinced the Walker administration that it was Blythe who leaked the bill, with this serving both to get them off his back and to instill a hatred for the Walker administration in Blythe.

In Season 2, Frank Underwood again had to try to work with Donald Blythe in order to get a retirement benefits reform bill passed, but this time, Blythe was fed up with Underwood and all of his deception. Still, he ended up coming on board after being persuaded by Jackie Sharp.

Catherine Durant, the secretary of state on ‘House of Cards.’ (Netflix)

Catherine Durant serves as secretary of state in the Underwood administration. When the show started, she was a Democratic senator representing the state of Louisiana. Early on, Durant was an ally of Frank Underwood’s, which is why he pulled some strings behind the scenes in order to get her appointed to secretary of state.

In Season 4, the Underwoods betrayed Durant by publicly saying they support making her Frank’s running mate, all the while the real plan was to get Claire on the ticket. So Durant did some backstabbing of her own, getting Louisiana, her home state, to call for an open nomination for the presidency at the Democratic National Convention. Chaos ensued as Durant tried to position herself as the presidential nominee instead of Frank and actually picked up some support.

However, Frank Underwood ended up calling Durant into the Oval Office and in a crazy scene, he admitted to her that he has killed multiple people and subsequently threatened to come after her next. He quickly brushed this aside as a joke, but Durant could tell he was serious, and so she withdrew from consideration. Going into Season 5, Durant is someone who understands Frank’s true intentions. 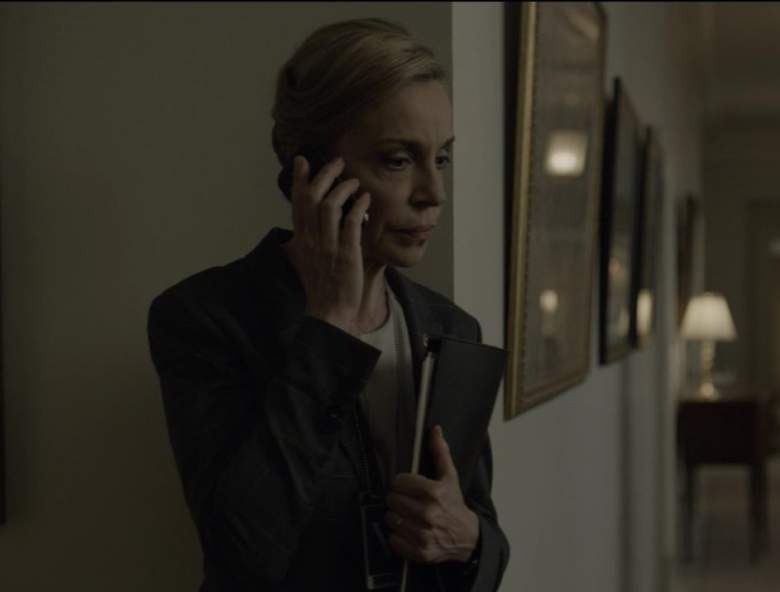 Martha Wilson, the attorney general on ‘House of Cards.’ (Netflix)

The attorney general of the United States in House of Cards is Martha Wilson. We haven’t seen much of Wilson, with her first appearance coming in Season 4’s Chapter 43. In that episode, Heather Dunbar contacts Martha Wilson trying to get information about Lucas Goodwin, the reporter who shot Frank Underwood, suggesting that Underwood strong-armed the FBI into pursuing a case against Goodwin. Dunbar says that this is an abuse of power, but Wilson tries to avoid having that conversation. In the next episode, Doug Stamper demands Martha Wilson resign so that someone can be blamed for the Department of Justice’s handling of the Lucas Goodwin case. However, later in the episode, Wilson shares information about her conversation with Heather Dunbar in exchange for keeping her job. 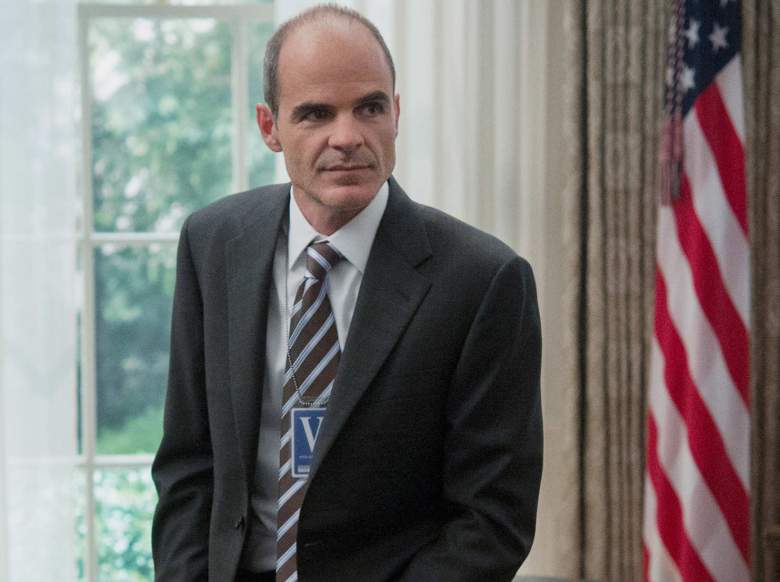 Doug Stamper, the White House chief of staff on ‘House of Cards.’ (Netflix)

Frank Underwood’s chief of staff is Doug Stamper. Stamper has been at Frank’s side since the very beginning, and as soon as Frank’s secrets begin to be revealed, Stamper can likely expect to find himself in jail. In the show’s first season,

Stamper formed a relationship with a prostitute, Rachel, initially contacting her in order to get her to keep quiet about being hired by Peter Russo. Stamper eventually moved her out of the public eye but became strangely obsessed with her, leading Rachel to attack him in the woods and leave him to die. Stamper survived the attack but suffered brain damage, and much of the early part of Season 3 was dedicated to his recovery. He is prescribed painkillers, which he becomes addicted to, and he eventually breaks his sobriety.

Around the same time Doug Stamper was attempting to put his life back together, the president’s chief of staff, Remy Danton, resigned, and Stamper is hired to replace him. That same season, Stamper tracks down Rachel and murders her, burying her body in the desert.

In Season 4, Frank Underwood needed a liver following an assassination attempt, and so Stamper manipulates the secretary of health to bump Underwood up on the liver donor list. Underwood passes a guy named Tony Moretti, who subsequently dies because he doesn’t have access to a liver. Doug feels incredibly guilty about this, and he forms a relationship with Tony’s widower, Laura. 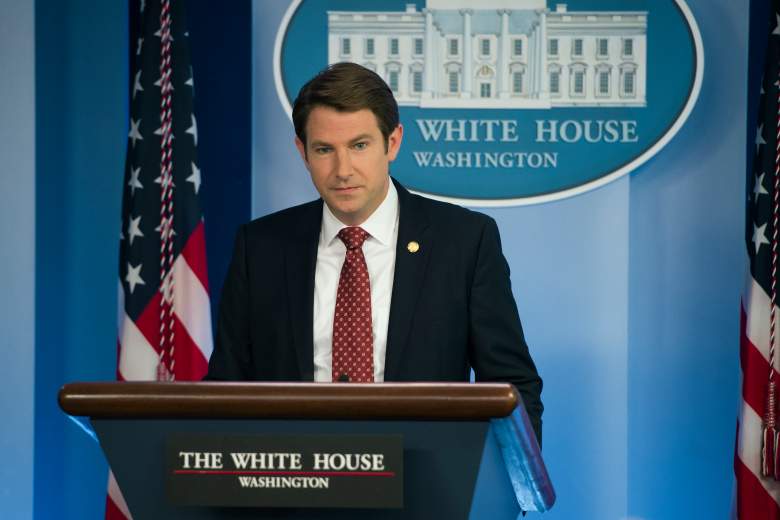 The White House press secretary in the Underwood administration is Seth Grayson. Grayson actually initially started off in the show as an opposing force, being hired by Raymond Tusk to dig up dirt on Claire Underwood. However, after uncovering information about Claire Underwood’s abortion, rather than turning this over to Raymond Tusk, he approaches Claire Underwood and leverages this in order to get a job with her. She agrees to hire him to her communications staff, and he later joins the Underwood administration as press secretary. Seth is constantly feuding with Doug Stamper, who he hates; Seth wanted the chief of staff position that eventually went to Stamper. During Season 4, Seth considers betraying Frank Underwood, approaching Heather Dunbar to talk about a possible job with her. However, going into Season 5, Seth Grayson is still the White House press secretary – for now, at least.

Secretary of the Treasury: Michael Kern 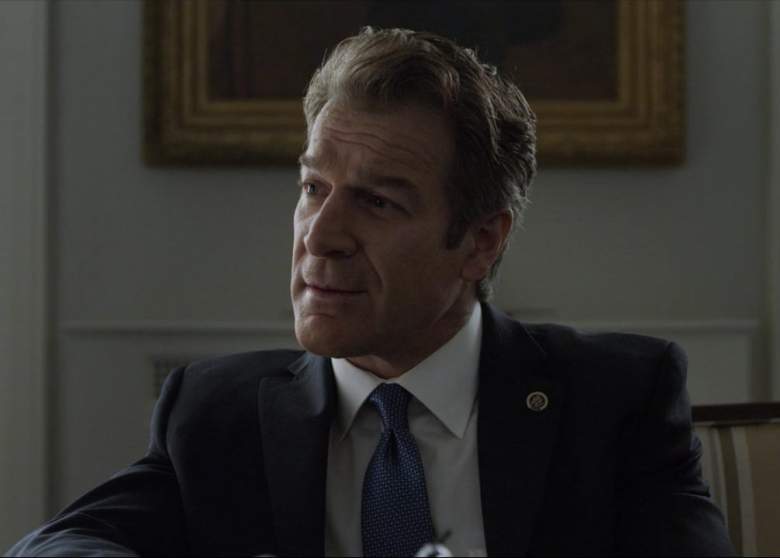 Michael Kern, the treasury secretary on ‘House of Cards.’ (Netflix)

The secretary of the treasury in the Frank Underwood administration is Michael Kern. Kern had previously served as a senator representing the state of Colorado. In Season 1, Kern was considered to be Garret Walker’s secretary of state, the position that Frank Underwood had been promised. But Underwood sabotaged Kern’s chances by leaking an editorial critical of Israel. This editorial actually was written by Kern’s classmate, but it still creates enough negative media attention around Kern that he withdraws from consideration. In Season 2, Kern helped Underwood with the plan to impeach Garret Walker in exchange for the position of treasury secretary. Kern has not appeared on the show since Season 2.