It’s Memorial Day, so is there a new episode of Love & Hip Hop Atlanta on TV, or do we have to wait another week? Unfortunately, because of the holiday, viewers will have to wait until Monday, June 5, 2017, for the next episode of season 6. Last week on the show, Karlie and Joseline came to an understanding and Joseline participated as a co-host on the talk show The Real. While Karlie seemed to have settled down with Joseline, she was amping things up against Joc. Meanwhile, Dime was focusing on her love life. Next week on the show, the episode is titled “Jamaican Flavor” and the official plot synopsis reads:

Waka moves back into the house but is surprised by Tammy’s independence; Rasheeda is shocked by a surprise vistor who has news about Jasmine’s baby; the girls’ trip to Jamaica gets off to a rocky start with uninvited crashers.

Recently, LLHATL star Karlie Redd has been involved in a lawsuit with a car dealership, as reported by TMZ. Two men reportedly broke into her garage and stole Redd’s Porsche, and Redd is suing a car dealership for allegedly organizing the heist. The Vanderhall Exotics of Houston dealership is reporting the incident as a repossession, while Redd insists it is theft. Redd also says that jewelry and clothing was also stolen by the two men. The dealership disagrees.

As for cast members Joseline Hernandez and Stevie J, the on-and-off couple are reportedly “off” again, as a source told Hollywood Life that Hernandez was upset over a client of Stevie J’s, named Estelita Quintero. A source revealed that Joseline was reportedly upset over a photo of Stevie J and Quintero on social media, explaining that:

The Puerto Rican Princess was beyond pissed about the photo. She thinks it’s disrespectful for Stevie to be all over his supposed ‘client’ on social media. At this point, she expects nothing less from him.

In addition to alleged cheating rumors, the couple is headed back to court, as BET reported that Stevie J felt attacked by Hernandez at a Seasons 52 restaurant. TMZ reported that when the two had a disagreement, Hernandez took “about 6 to 8 very hot mushrooms ready to be served and threw it at him.” As a result, Stevie J’s lawyer, who was present, called the police and Stevie J is requesting that Hernandez undergo anger management and a psychological evaluation.

So, it looks like the drama with the LHHATL cast goes down whether the cameras are rolling or not. 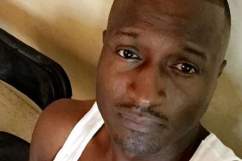