Last week, social media erupted with reports from the disastrous Fyre Festival, organized by entrepreneur Billy McFarland and hip-hop artist Ja Rule. And though Ja has been vocal in his regret over the situation, it doesn’t look as though it’s stopped the duo from being hit with a $100 million lawsuit.

The lawsuit is holding McFarland and Ja accountable for their role in misleading Fyre Festival attendees about the quality and experience of the event. Fyre was initially advertised as an ultra-luxurious music festival on a tropical island– one which received co-signs by celebrities like Kylie Jenner and Bella Hadid, and scheduled rock band Blink-182 to perform.

Of course, when attendees finally did arrive on the island, they were not met with luxury, but with scarce amounts of food, little to no electricity, and ill-equipped living conditions. Ja sent out an apology on Twitter, explaining that he and McFarland are “working right now on getting everyone off the island SAFE” and that he is “heartbroken at this moment my partners and I wanted this to be an amazing event it was NOT A SCAM as everyone is reporting.” Ja tweeted additional information on Sunday, April 30th, claiming that all of the guests are safe, and have been “sent the form to apply for a refund.” Read the full statement below.

The lawsuit was filed on Monday, May 1st, as attorney Ben Meiselas revealed on his Twitter account. The official statement for the plaintiff is as follows:

“Fyre Festival and its promotors recklessly stranded thousands of consumers in a festival or horror, and cost them thousands of dollars on travel, lodging, and time off from work. Through this Federal Class Action we will make sure to hold Fyre– and all those who recklessly and blindly promoted the festival– accountable to make sure all consumers receive not only a ticket refund but also 100 percent reimbursement for travel, lodging, time off from work, and any other incidental and consequential damages.”

Ja Rule and Fyre Festival sued for $100 MILLION for what is now officially the worst concert in historyhttps://t.co/nl2QbfJRQw pic.twitter.com/8xkNaAbkcC

Plaintiff Daniel Jung also spoke his peace on Fyre, saying that “The festival’s lack of adequate food, water, shelter, and medical care created a dangerous and panicked situation among attendees– suddenly finding themselves stranded on a remote island without basic living provisions– that was closer to The Hunger Games or Lord of the Rings than Coachella.” Check out screenshots of the lawsuit paperwork below, courtesy of Meiselas’ Twitter account. 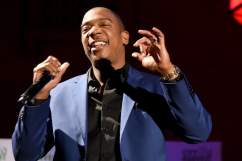