On May 23, the world lost the second man to play James Bond as Roger Moore passed away at the age of 89. In total, six actors have played Ian Fleming’s iconic character on screen.

So far, Roger Moore is the only one who has died. In terms of age, Moore was the oldest having been born in 1927. While Sean Connery, who was the first Bond is 86, born in 1930. Connery’s friend, Michael Caine, denied in 2013 that Connery had been suffering from alzheimer’s disease. One of the more recent sightings of Connery occurred in January 2016 when the National Enquirer reported that the looked “frail” while walking through an airport.

While Australian actor, George Lazenby, is now 77 and is said to be in good health. Just a few days before Moore’s passing, the Guardian reported on the crazy story of how Lazenby got the role as Bond in 1969’s On Her Majesty’s Secret Service. The 29-year-old had never acted prior to being cast and is by far the youngest person to be selected for the role. 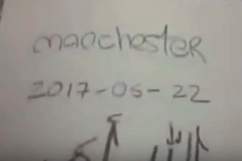