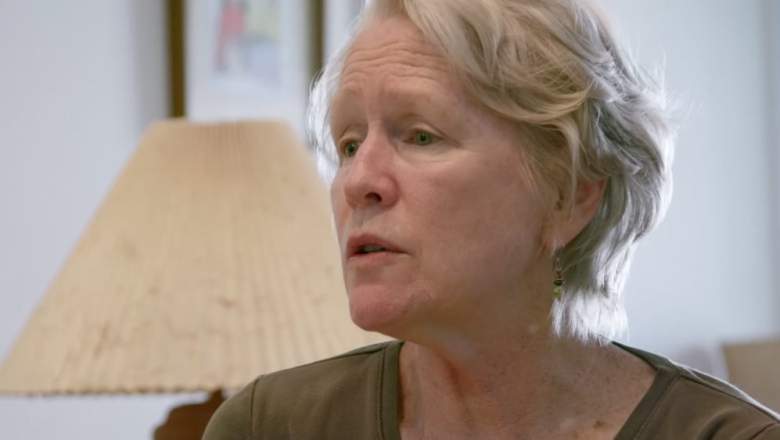 Netflix’s new seven-part docuseries, The Keepers, centers on the 1969 murder of Sister Cathy Cesnik, a 26-year-old nun from Baltimore.

Before her death, sister Cesnik taught English and drama at Archbishop Keough High School, where the school’s chaplain, Father Maskell, was accused of sexual abuse by a handful of the school’s former students. Many of the witnesses interviewed in The Keepers suspect Sister Cesnik died because she was aware of these sexual acts and threatened to report Maskell to the police.

One woman heavily featured in The Keepers is Jean Hargadon Wehner, who came forward with allegations of sexual abuse against Father Maskell in the 1990s. Ryan White, the director of the series, describes Wehmer as a “a really brave woman who’s been trying to tell this story for decades and has been silenced.”

Read on to learn more about Jean Hargadon Wehner.

In 1994, Wehner and a woman named Teresa Lancaster (identified as “Jane Doe” and “Jane Roe” at the time) came forward with accusations of sexual abuse against Father Maskell, saying he had raped them while they were students at Keough. Wehner and Lancaster filed a civil lawsuit against Maskell, the Archdiocese of Baltimore, the School Sisters of Notre Dame, who ran Keough, and a Baltimore gynecologist named Dr. Christian Richter, seeking $40 million in damages, according to the Huffington Post.

Wehner says that she buried the painful memories of what happened at Keough Archbishop High School for decades. Then, in 1992, she came across a side-by-side photo of Maskell and and Father Neil Magnus in a yearbook, and the memories started to surface. Wehner tells the Huffington Post that when she first saw the photo of her alleged former abuser, “My whole body shook… I knew.”

Wehner explains that she was able to repress most of the memories involving Maskell until her mother died in 1993, partially because she knew her mother would be devastated by the knowledge of what had happened. Randy, Wehner’s husband, told the outlet that shortly after her mother’s passing, Jean woke up in the middle of the night, screaming, recalling the events that took place at Keough.

2. She Says Father Maskell Showed Her the Body of Sister Cesnik Before It Was Discovered by Police

Jean Wehner claims that when she was just 16-years-old, Father Maskell took her for a drive to the outskirts of Baltimore and showed her Cesnik’s deceased body. At the time, Cesnik had been missing for two weeks. The Huffington Post reports that it was “not unusual” for Maskell to give students a ride home or even give them rides to a nearby doctors appointments, especially since he was a psychological counselor at Keough.

“I know it was her,” Wehner says of the body. “She wasn’t that far gone that you couldn’t tell it was her.” Jean told authorities that maggots were covering Cesnik’s face, and when she tried to get them off, Maskell said, “You see what happens when you say bad things about people?” Horrified by the threat, Jean refused to tell anyone about the incident. “He terrified me to the point that I would never open my mouth.”

It wasn’t until two months later that the body of Sister Cesnik was found by hunters making their way through the dumping gowns. An autopsy report confirmed she’d been killed by a blunt object.

According to a 1994 Baltimore Sun article, Wehner was able to provide details about Cesnik’s body that were only known by investigators at the time. To this day, police have been unable to identify Cesnik’s killer.

3. She Works as a Life Coach

Just finished episode 5 of #theKeepers and I am undone. ? the strength & resiliency of Jean Wehner is breathtaking. @the_keepers RIP Mike https://t.co/bqMQ8hoslu

These days, Jean works as a life coach. Her website reads, “I help people come to know themselves by planting both feet in their heartfelt desires while letting go of old experiences and beliefs.” According to the Huffington Post, she is also a certified reflexologist.

On her website, Jean explains why she participated in The Keepers and that she’s hopeful the documentary “helps others find the courage to face their fears and trust that they are not alone.”

Jean’s husband, Mike Wehner, died in 2007. He was described as a “beloved” husband and “loving” father, and helped support Jean after she came forward with public allegations against Maskell.

Jean Hargadon Wehner is a hero for coming forward, but her family is also incredible in their support. #thekeepers

According to Rolling Stone, Ryan White’s aunt attended Keough University and was taught by Sister Cathy. After Wehner revealed her identity to the world, White’s aunt sent him a news clipping about the case and urged him to meet with Wehner. White recently discussed the first time he met Wehner to Rolling Stone, saying, “”It was a five hour conversation at the dining room table, no cameras,” White recalls of the first time he met Wehner. “Her story was so raw and complicated, and I left her house knowing that I wanted to be a part of something with her, if she wanted to do that. I knew right away that this was not a simple whodunit, this is far darker and sadder and human.”

5. Wehner Is Only One of Several Alleged Victims Who Speaks About Her Experience With Maskell in the Docuseries

It isn't an easy watch, but @The_Keepers is a must watch. pic.twitter.com/IwQADaghkr

According to a May article in The Baltimore Sun, the archdiocese has paid a total of $472,000 in settlements to the 16 people who have come forward and said they were sexually abused by Maskell. Until his death in 2001, the former high school chaplain denied all allegations.

In Court, Wehner and Lancaster’s arguments were corroborated by eight other Keough students who conducted interviews with authorities, saying they’d been abused by Maskell, too. In 2015, Sean Caine, a spokesman for the Archdiocese of Baltimore, told the Huffington Post that the church “acknowledges that Maskell was ‘credibly accused of sexual abuse of minors.'” 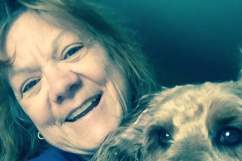