Lily Mo Sheen is stealing the spotlight from her mother, Kate Beckinsale, after her mom posted a photo of her 18-year-old daughter on Instagram. The prom day photo showed just how much Lily has grown up and shes a spitting image of her mother.

“You take my breath away @lily_beckinsale #prom you’re funny and clever and gorgeous and just enough crazy to be my favourite person in world,” Beckensale wrote on Instagram. “My Fallopian tube is like BITE ME I KILLED THIS.”

Here’s a look at Lily’s life and career. 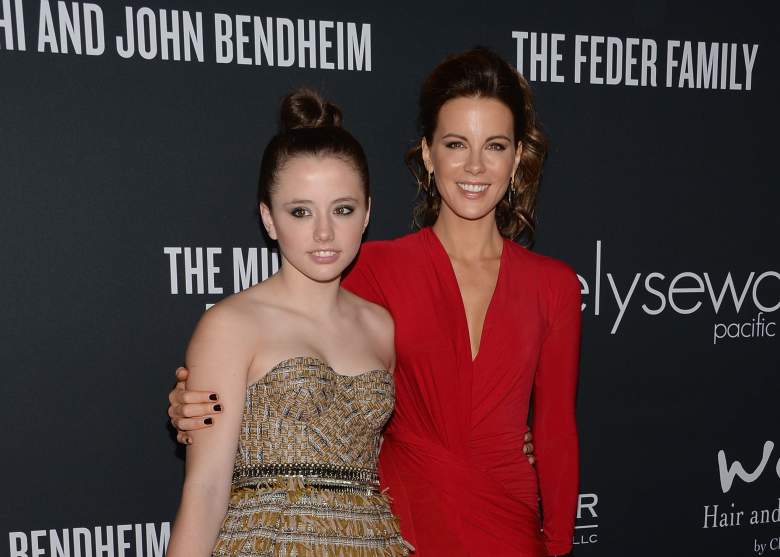 Lily’s parents are 43-year-old Beckinsale and 48-year-old Masters of Sex star Michael Sheen. Her parents were together from 1995 to 2003 and never married.

In a 2001 interview, Beckinsale joked that they would finally get married when Lily was old enough to be their flower girl. In another interview around that same time, Beckinsale said she felt “embarrassed” because she couldn’t figure out why Sheen hadn’t proposed yet.

“Michael’s this smashing Welsh actor. We met in 1995, but we haven’t actually managed to get married yet,” Beckinsale said in 2001. “It’s like if you keep a library book out long enough, you feel it’s yours. We may get married when our daughter Lily is old enough to enjoy being our flower girl. She’s two.”

Since their break-up, Sheen and Beckinsale have remained close friends. It helps that he’s now dating comedian Sarah Silverman, who is also friends with Beckinsale.

“I really love his girlfriend as well, and we are really lucky that we both get on, and Lily gets on great with her,” Beckinsale told the Evening Standard in 2016. “Having as many strong females in your teenage daughter’s life as possible is a good thing.” 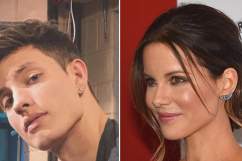 The appropriate fatherly response when you find out your girl got into college : burst into tears ,drop everything ,rush over and pick up everyone even remotely involved . @lily_beckinsale we are so unbelievably proud of you . Fly fly fly ❤️❤️❤️❤️❤️

When Lily got into college, Beckinsale posted photos of herself celebrating the good news with Sheen and Lily. “The appropriate fatherly response when you find out your girl got into college : burst into tears ,drop everything ,rush over and pick up everyone even remotely involved . @lily_beckinsale we are so unbelievably proud of you,” Beckinsale wrote. “Fly fly fly.”

In an interview with TooFab, Beckinsale said Lily wasn’t too happy about that.

“I got into a bit of trouble at home for that,” Beckinsale told TooFab. “She said, ‘I wish you’d said I got into the college of my choice, because it sounded like you had no hope of me getting into any college anywhere, made me sound like a loser!”

Beckinsale said she often gets in trouble with her Instagram posts. “Sure, but that keeps it fun doesn’t it?” she told TooFab.

Beckinsale told E! News that Lily is going to a “drama college.” 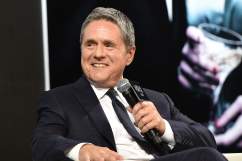 3. She’s Already Appeared in 3 Movies With her Mother

ready to go back now ?

Lily has already appeared in three movies with her mother. She made her acting debut as the younger version of her mom’s character Selene in Underworld: Evolution (2006).

She then appeared in Click with Beckinsale and Adam Sandler. In 2009, she appeared in Everybody’s Fine with Robert De Niro. 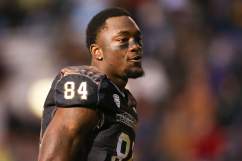 4. Beckinsale Thinks Her Daughter Also Inherited the ‘I am Moments From Throwing an Elbow’ Face

Beckinsale has posted plenty of photos of Lily, so her fans have seen just about every moment from Lily’s life as a baby to today. She loves making fun of the similarities between herself and her daughter. A few weeks ago she posted the above Instagram photo, comparing a photo of herself as a child with a photo of Lily. “It is comforting to know that the family ” I am moments from throwing an elbow” face has been successfully passed down through the generations,” she wrote.

#tbt she wasn't messing about then,either. Interestingly enough, a jumbo super soaker, tap shoes and a diaper are how I'm expecting to spend my old age . See you there, @lily_beckinsale❤️

In another photo, Lily is seen with a water gun. “She wasn’t messing about then,either. Interestingly enough, a jumbo super soaker, tap shoes and a diaper are how I’m expecting to spend my old age,” Beckinsale wrote.

It was quite common for @lily_beckinsale to have drawn-on nose whiskers while I was covered in blood . If she has grown up weird I blame Michael

We also know that Lily often had a mustache drawn on her face as a baby. “It was quite common for @lily_beckinsale to have drawn-on nose whiskers while I was covered in blood . If she has grown up weird I blame Michael,” Beckinsale wrote. 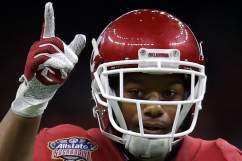 5. Lily Is the Granddaughter of Actors Richard Beckinsale & Judy Loe

The late Richard Beckinsale was best known for his roles on the British TV shows Porridge and Rising Damp. He died in 1979 at age 31 due to a heart defect. His other daughter, and Kate’s half-sister, is actress Samantha Beckinsale.

Judy Loe, now 70 years old, is best known today for a small role in Monty Python’s The Meaning of Life. She also recently starred in Absolutely Anything with Beckinsale. Loe is a prolific television actress, having appeared on General Hospital, Singles, Missing From Home, Yesterday’s Dreams, revelations and Space Island One.