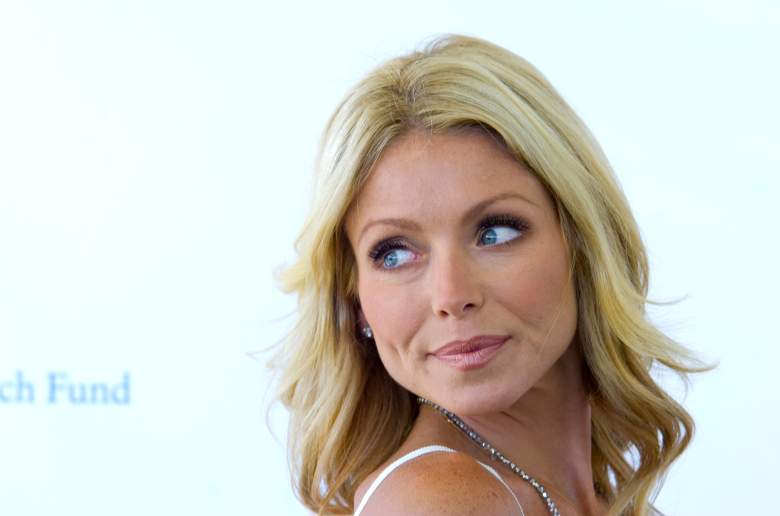 Kelly Ripa is a 46-year-old actress turned daytime talk show host. She is married to actor Mark Consuelos, whom she met while working on the soap opera All My Children. The couple has three children together: Michael, 19, Lola, 15, and Joaquin, 14.

Ripa is currently the host of Live! With Kelly. She has been a part of the morning talk show since 2001, taking over for Kathie Lee Gifford as Regis Philbin’s co-host. In 2011, Regis announced his departure from the show, leaving Ripa to host solo (with guest co-hosts) until former New York Giants Defensive End Michael Strahan signed on in 2012. Ripa was blindsided when Strahan left the show in 2016 and has been hosting Live! without a permanent partner since.

On April 30, 2017, Ripa posted a video teasing an announcement for her new co-host. Ryan Seacrest has officially joined Live!

1. She Was Influenced by the Former Theatre Director in Her Hometown in New Jersey 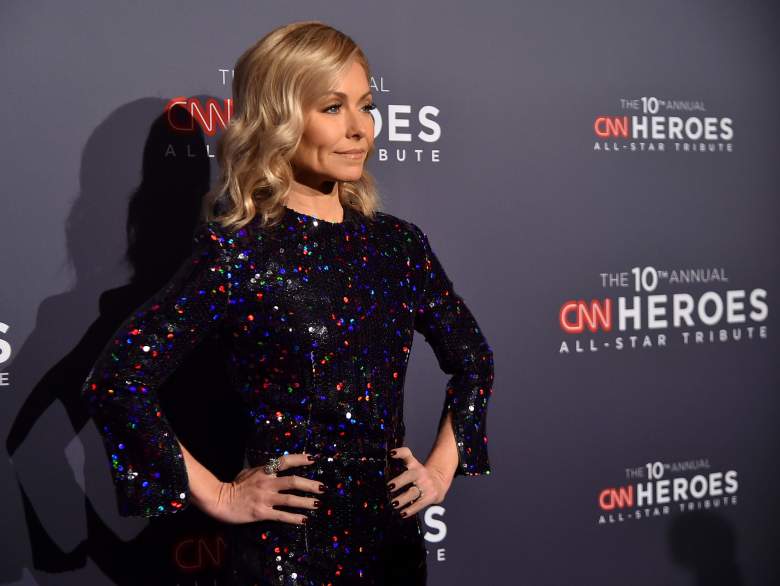 Ripa was born on October 2, 1970, in Stratford, New Jersey. She was the first in her family to enter the performing arts (her dad, Joseph, was a bus driver, while her mom, Esther, stayed home and cared for the family).

Ripa has previously said that her school’s theatre director encouraged her to get into acting. Jim Beckley thought that she was a “natural performer.”

“I was not a good singer and our school only did musicals then, so I wasn’t even going to try out until Jim asked me to. He thought I was a natural performer and so he gave me a lead in the next show,” Ripa told The Star in 2012.

Ripa was discovered by Cathy Parker, her current manager, while starring in The Ugly Duckling her senior year of high school, according to IMDb. Ripa dropped out of college and moved to New York City where she pursued a career in acting. She landed her first major role in All My Children in 1990.

2. She & Mark Consuelos Eloped to Las Vegas a Year After Meeting 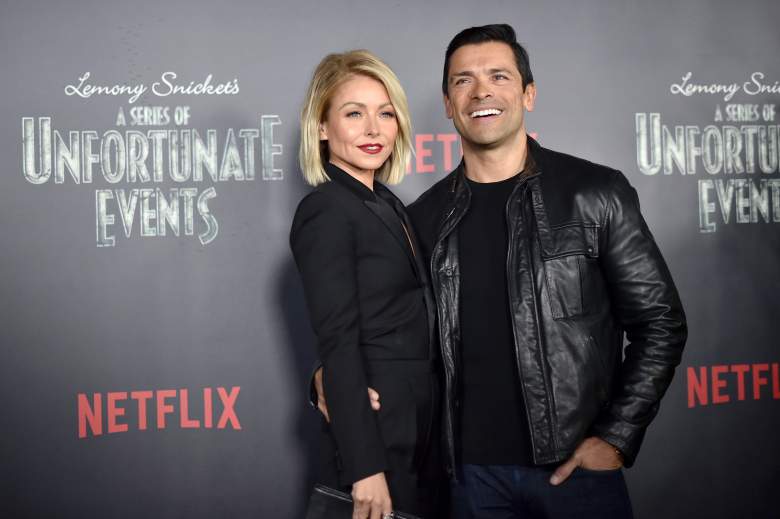 Ripa met Mark in 1995 on the set of All My Children. Consuelos was auditioning for a role on the show when he first met the bubbly blonde.

“I thought she was adorable, hot and sexy and all that stuff. But I was very focused — I didn’t really think I had a chance with her, so I wasn’t really focused on that. We became friends really quickly after that,” Mark told HuffPost Live in 2014.

About a year after meeting, Ripa and Consuelos eloped to Las Vegas. Their wedding date is May 1, 1996. Fast forward 21 years and the couple is still happily married and parents to three children. Michael Joseph, 19, a student at New York University, is the spitting image of his dad. Lola Grace, 15, and youngest brother Joaquin Antonio, 14, are both in high school. 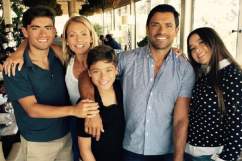 3. She Has Won Multiple Emmy Awards 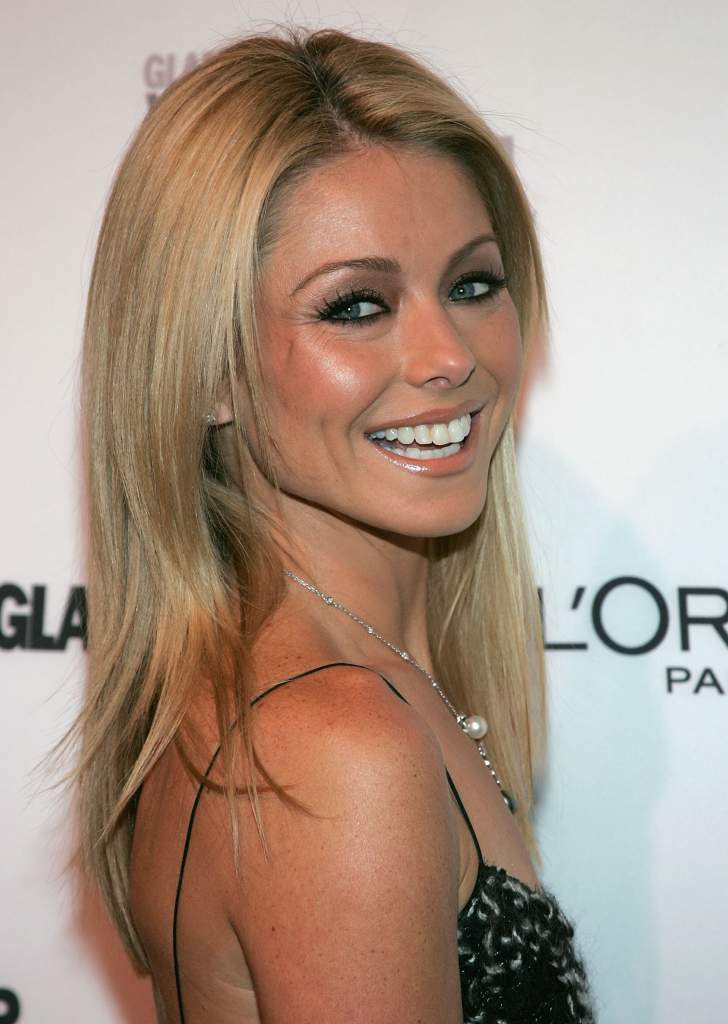 Kelly at the 15th Annual Glamour ‘Women of the Year’ Awards. (Getty)

Ripa has been nominated for several awards over the years and has won a number of Emmy Awards. She was nominated for three Daytime Emmys for her role as Hayley Vaughan on All My Children.

When co-hosting Live! With Regis & Kelly, the duo won two Daytime Emmy Awards for “Outstanding Talk Show Host.” Her work with Michael Strahan was also recognized with an Emmy Award in 2015 and 2016.

Ripa was honored with her very own star on the Hollywood Walk of Fame on October 12, 2015. She attended the event with her husband and their three children, and her parents. She got additional support from then-co-host Michael Strahan and pals Jimmy Kimmel and Joel McHale.

4. Her Rift With Michael Strahan Made National Headlines for Weeks 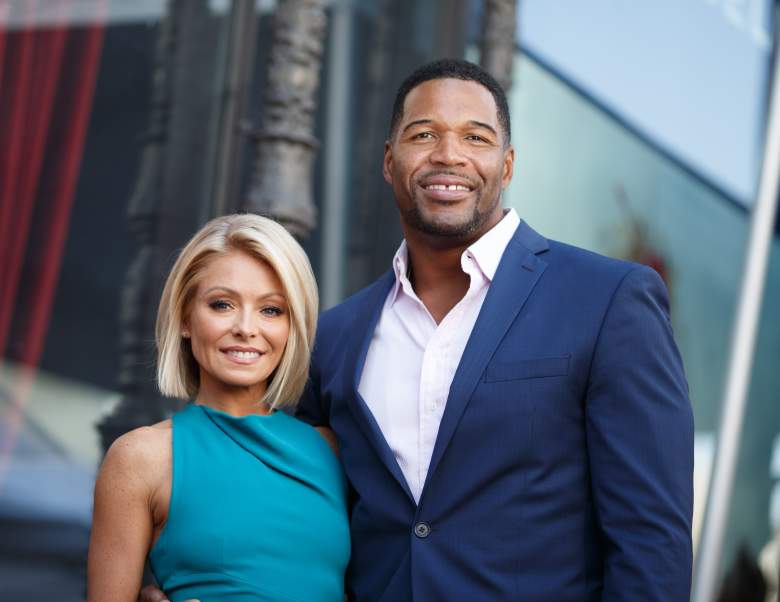 Kelly is joined by Michael as she’s honored with a star on the Hollywood Walk of Fame. (Getty)

Ripa began a working relationship with Strahan in 2012. The former NFLer had been on Live! over a dozen times before he inked a deal to become a permanent co-host. He and Ripa had great chemistry and everything was going well, until April 19, 2016.

Strahan made the surprising announcement that he’d be leaving Live! to join Good Morning America on a full time basis. Ripa was taken aback by the news and reports that she wasn’t forewarned about the change began to circulate. She took a few days off from the show and returned with a candid monologue about the events that previously transpired.

Strahan’s final day on Live! With Kelly & Michael was on May 13, 2016. Over the past year, Ripa has hosted the show with various guest co-hosts ranging from Fred Savage to Megyn Kelly. On May 1, 2017, Ryan Seacrest was named Ripa’s new co-host.

5. She Has Only Made Cameo Appearances on Television Shows Since 2010 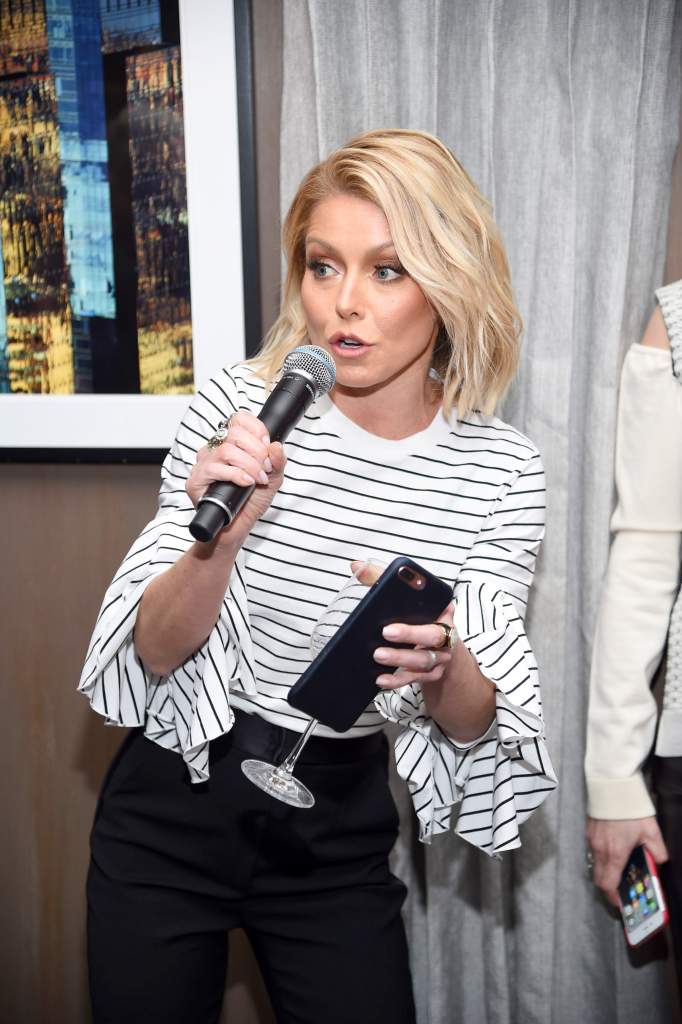 Although Ripa started out as an actress, she has dedicated her life to being a mother and to hosting daytime talk. After All My Children, she landed roles on a few other shows including in 2002 on the TV series Ed and in 2003 on the sitcom, Hope & Faith.

The last episode of All My Children that Ripa filmed aired in 2010. Since that time, she hasn’t had any acting credits to her name; she has only made cameo appearances as herself. 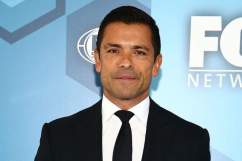