While Kylie Jenner and Travis Scott have been making headlines for their public affection and romance, Kylie’s sister Kendall has been cozying up to a rapper of her own: A$AP Rocky. The two are allegedly getting serious with one another after a series of what seemed to be sporadic appearances, and Hollywood Life reports that the two may be considering a long term commitment.

Jenner is a reality TV star turned model who made headlines earlier this year when she appeared in a controversial Pepsi commercial. A$AP Rocky (born Rakim Meyers) is a rapper from Harlem, New York who rose to prominence with songs like “F*ckin’ Problems,” “Goldie,” and “L$D.”

Here are five fast facts you need to know about the rumored couple.

Jenner and Rocky were first spotted together in Paris in June 2016, but the seemingly random hangout quickly turned into something more when they were seen at subsequent events on Los Angeles, Miami, and Malibu. In March of this year, a close friend of Jenner revealed that she has “been spending more time” with Rocky and she’s “open to seeing where it goes.”

The romantic sparks continued in April, when Jenner attended Rocky’s live performance at the #WeedMapsOasis party and, according to People magazine, “showed up with a posse just for him and they were all over each other.” The People insider added: “They’ve been spending a lot of time together… They have a lot in common and connect over both being in the fashion world.” 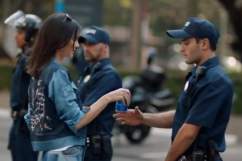 2. They Both Have Famous Ex’s

In addition to their love of fashion, Jenner and Rocky share another characteristic: they’ve both dated other celebrities. Jenner has a lengthy timeline of romantic entanglement, which includes rumored trysts with Justin Bieber, Harry Styles, Chris Brown, Nick Jonas and even actress Cara Delevingne. Her most serious relationship, however, has been with basketball player Jordan Clarkson, who she dated from late 2016 to earlier this year.

As for Rocky, the Harlem rapper has also been busy with ties to famous singers like Rihanna and Lana Del Rey. He dated fashion model Chanel Iman in 2015, and the two even got engaged before Rocky decided to call things off, telling Vibe magazine “I love her so much so that I would rather [fall back] than to be with her and hurt her. I don’t want to hurt her… I want her to be happy.” The two have since remained friends.

3. Rocky Was Accused Of ‘Cheating’ On Jenner

Last week, Rocky faced accusations that was “stepping out” with former Love & Hip Hop: New York star Tahiry Jose behind Jenner’s back. This came to attention in the wake of Jose’s arrest on May 5th for beating up her former friend Elise– who promptly got on social media and penned a scathing indictment of Jose, her lifestyle, and her relationship with Rocky: “This is the same person who uses social media to create a fantasy life but at home she crying at night because the n*gga she been f**king ain’t take her to the Met Gala and took Kendall Jenner instead.” Read the full post below.

This isn’t the first time Rocky has been accused of cheating. In 2015, he admitted to cheating on his girlfriend with singer Rita Ora, whom he then criticized for blabbing about it in public. Given that Jenner and Rocky have yet to confirm their relationship, however, it’s difficult to determine the severity of these “cheating” allegations. Rocky has yet to comment on his connection to either Jose or Elise. 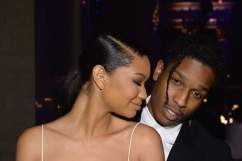 While the fashion was the central focus of the 2017 Met Gala, Jenner and Rocky were trying their best to steal the spotlight. The couple were spotted getting very cozy throughout the evening, whether in their seats or elsewhere at the Gala. In Kylie’s epic bathroom selfie, they can clearly be seen snuggling up to one another. An eyewitness told E! News that “Kendall was dancing in front of A$AP the whole night.”

But these flirtatious actions proved to be the tip of the iceberg. Later in the evening, Kim Kardashian snapped a photo for her Snapchat that showed Rocky placing his hands directly on Jenner’s derrière while facing her. The photo quickly went viral, and fueled dating rumors more than ever before. Check it out above. 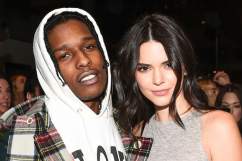 5. Things Are Getting ‘Serious’ Between Them

Rt if you knew ASAP Rocky and Kendall Jenner were dating. I had no clue pic.twitter.com/LgXHSD0Vol

According to Hollywood Life, Jenner and Rocky will be taking their relationship to the next level in the near future.” A source close to Jenner claims that “It’s starting to get serious now between Kendall and Rakim. They both wanted to take it slow and keep it casual at the beginning, which makes sense considering their age and crazy hectic work schedule. They didn’t want to jump straight into a relationship, and they also loved keeping everyone guessing.”

The source went on to say: “They started realizing they really have something special, a very strong connection and bond, and they’re now both fully committed to being in a monogamous and serious relationship. They’ve started upping the amount of time they’re seen out with each other, and they will be making red carpet appearances together in the future.” 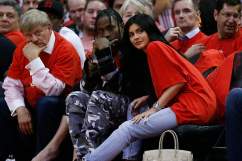