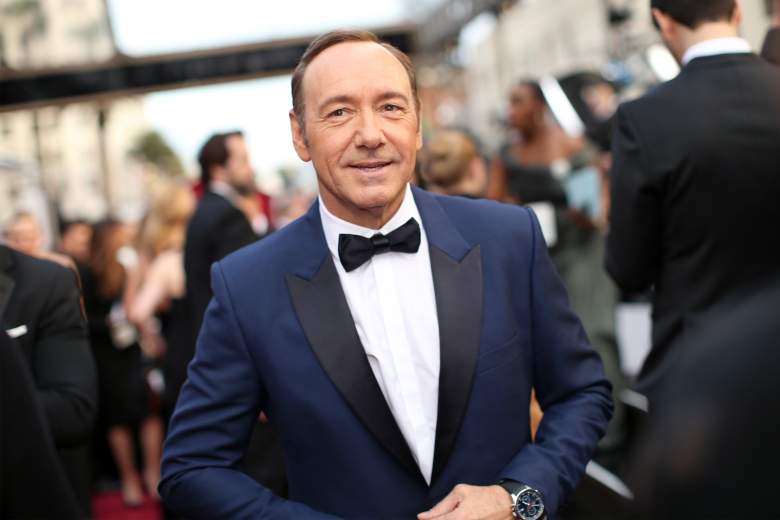 Kevin Spacey is about to return as Frank Underwood in Netflix’s House of Cards, which premieres its fifth season on May 30th.

Spacey is an accomplished 57-year-old actor from South Orange, New Jersey who has performed on stage and screen since the 1980s. The actor is famously private about his personal life, though, almost never revealing any details about what he does outside of work.

However, there’s still some information out there regarding the family of Kevin Spacey. Here’s what you need to know.

1. His Brother is a Limo Driver & Rod Stewart Impersonator

Kevin Spacey’s older brother is Randy Fowler, who makes a living with as a limo driver and a Rod Stewart impersonator in Boise, Idaho. Those who order a limo from Rod can choose what costume he will wear. Fowler also plays drums and drives a taxi for Orange Cab & Yellow Cab.

“Something changed between us half a lifetime ago, and I really don’t know why,” Fowler says on his website. “I’ve always kept in touch with him all our adult lives. I’ve been cordial when we’ve spoken or gotten together. But those times have been few and far between. Kevin has virtually ignored me for the last 25 years. During the time he’s become a major movie star, he’s become a minor character in my life. That’s been his choice, not mine.”

Fowler suggests that his brother draws from his life in his acting career, writing that Kevin “borrowed incidents from my troubled life to make himself seem more interesting.”

In addition, Fowler said that he and his brother bonded when they were younger because they were both interested in the arts.

“Kevin was important in Randy’s World straight through our teens,” Fowler writes. “We were both in the creative arts, he in acting and me in music. We hung out together, went to each other’s shows, and applauded one another’s performances.” 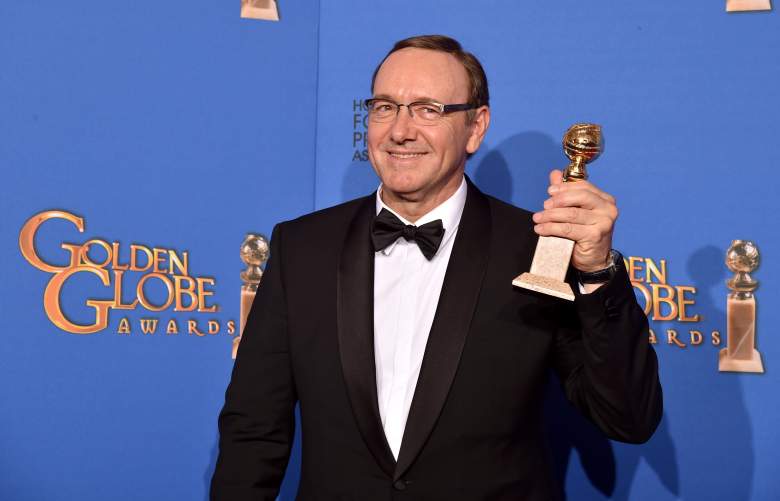 Kevin Spacey in the press room during the 72nd Annual Golden Globe Awards at The Beverly Hilton Hotel on January 11, 2015 in Beverly Hills, (Getty)

In a 2004 interview with The Daily Mail, Randy Fowler, Kevin Spacey’s brother, said that his father, Thomas Geoffrey Fowler, was a member of the American Nazi party. Fowler also said that his dad trimmed his mustache to look like Adolph Hitler’s and regularly beat and raped him.

“I grew up in a living hell,” Fowler said. “There was so much darkness in our home it was beyond belief. It was absolutely miserable.”

Fowler went on to say that he and Kevin would have to sit at dinner “while he lectured us on how White Anglo-Saxons were better than anyone else and the Holocaust was a lie and the Jews ran Hollywood and the banks.”

For the article, Randy Fowler did provide a photo of his father apparently of his father in which Thomas has the Hitler mustache as had been described.

Fowler said that his and Kevin’s father made a living freelancing as a technical writer and that he was constantly moving the family around the country. This part of the story is something that Kevin Spacey has confirmed.

“I think there was something about that sense of being uprooted – well, I was very young and inexperienced and I remember being very angry with my father,” Spacey told the Radio Times. “We moved 11 times by the time I was 12. I was tired of always being the new kid on the street, always having to start a new school.”

The only real piece of evidence to support the story that Kevin Spacey’s father was a Nazi and a rapist is the account of Randy Fowler as published in The Daily Mail, and so the entire thing should be taken with a huge grain of salt. Kevin Spacey has never talked about this Daily Mail article, although when a reporter from The Guardian once raised the issue of Spacey’s father in an interview, the actor reportedly became upset.

“Spacey, who is not on speaking terms with his brother…has no comment, but while his eyes stay glazed, his jaw tightens. I’ve crossed a boundary,” The Guardian wrote describing the moment when the reporter brought up Spacey’s brother’s account of their childhood.

In a 2006 interview, Spacey did talk about his dad, saying that his father was not convinced he could make it as an actor until coming to see him perform on Broadway; Spacey certainly made it sound like his father was an ordinary, caring man.

Spacey recalled, “Yes, I think it wasn’t until my father actually came and saw me in a play on Broadway a number of years after I’d been working professionally as an actor that -and I remember we all went to dinner afterward and he was like, ‘So this acting thing seems like it’s working out.’ I’m like, “Yes, Dad, I think it’s going to be okay. I think you can calm down.'”

3. He Has a Good Relationship With His Sister, Julie Ann Fowler 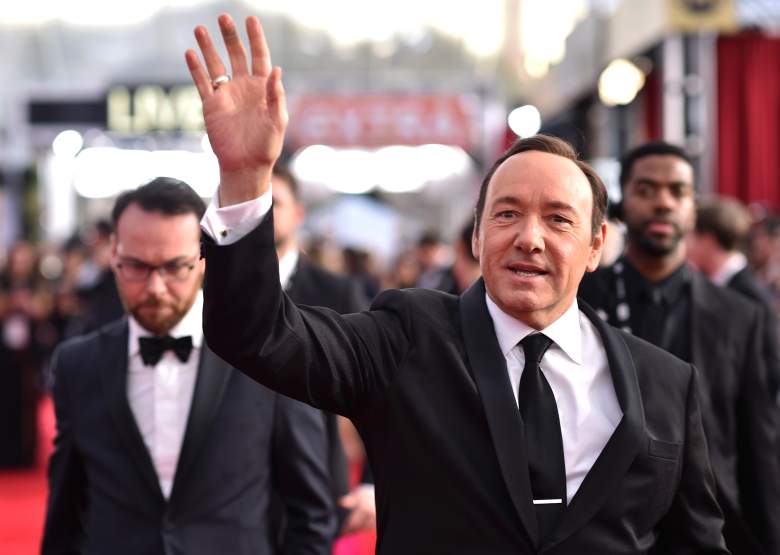 Although Kevin Spacey is not on speaking terms with his brother, he does have a good relationship with his sister.

According to The Guardian, Spacey is “fond of his sister and her two children.”

Because Kevin Spacey is such a private person, virtually nothing else is known about Julie Ann Fowler.

One anecdote about Kevin Spacey and his sister that has gone around is that when he was young, Spacey accidentally burnt down his sister’s tree house, and his parents sent him to military school in order to discipline him. But according to the book Looking Closer: Kevin Spacey, the First 50 Years, it was actually Spacey’s brother who was responsible for the fire, and it was a chicken coop that was burnt, not a tree house. Spacey really did go to military school, though. 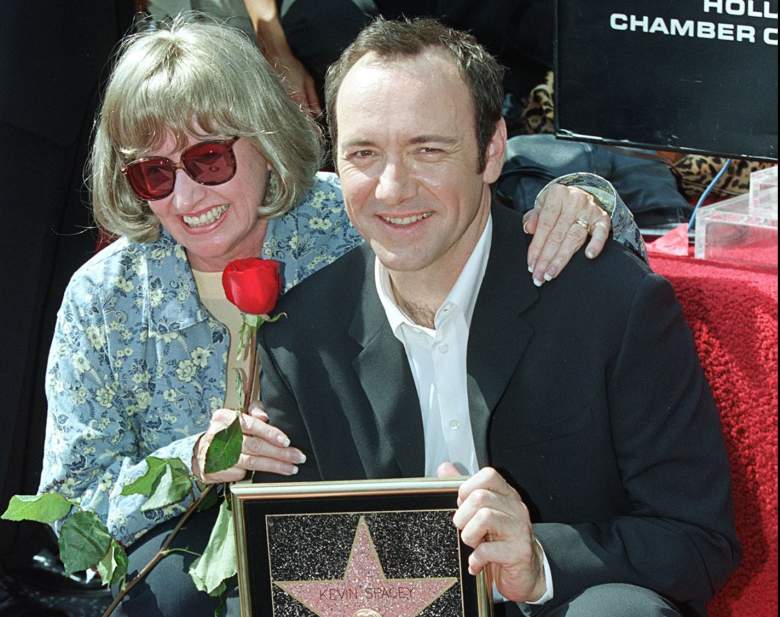 Kevin Spacey with his mom as he receives a star on the on Hollywood Walk of Fame October 5th, 1999. (Getty)

According to Variety, Fowler was a world traveler and lived in many cities across the U.S. before eventually settling in Southern California. She spent much of her life working as a personal assistant, working at Stattam Industries in Los Angeles at the time of her retirement in 1992.

Kathleen Ann Fowler died in 2003 after a brief illness. Little else is known about the circumstances of her death.

Spacey evidently had a good relationship with his mother, taking her to the Oscars as his date in the 1990s.

In 2004, a Fox News reporter said that years earlier, in 2001, he had attempted to interview Kevin Spacey’s mom, but Spacey himself freaked out and stopped the interview from happening.

“When I spoke to her, Spacey freaked out,” Fox News reported. “He refused to give any interviews with any press and carried on in a very unpleasant way.”

5. He Is Not Married 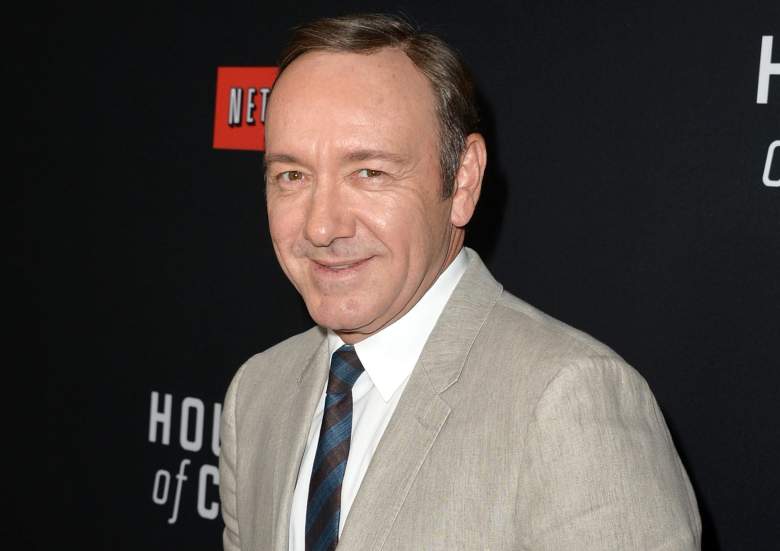 Kevin Spacey arrives at the special screening of Netflix’s “House of Cards” Season 2 at the Directors Guild Of America on February 13, 2014 in Los Angeles, California. (Getty)

Kevin Spacey is not currently married, or if he is, it is not publicly known.

We know very little about Kevin Spacey’s relationship status or his sexuality. For years, there have been questions as to whether he is gay or straight, but Kevin Spacey refuses to answer one way or the other, saying he wants to keep this part of his private life private.

In 2010, Spacey got into a bit of a debate with a Daily Beast reporter who felt that Spacey was living a lie by not discussing his sexuality.

“You have to understand that people who choose not to discuss their personal lives are not living a lie,” Spacey said in the interview. “That is a presumption that people jump to.”

Spacey went on to say that he simply does not feel that anyone’s private life is anyone else’s business.