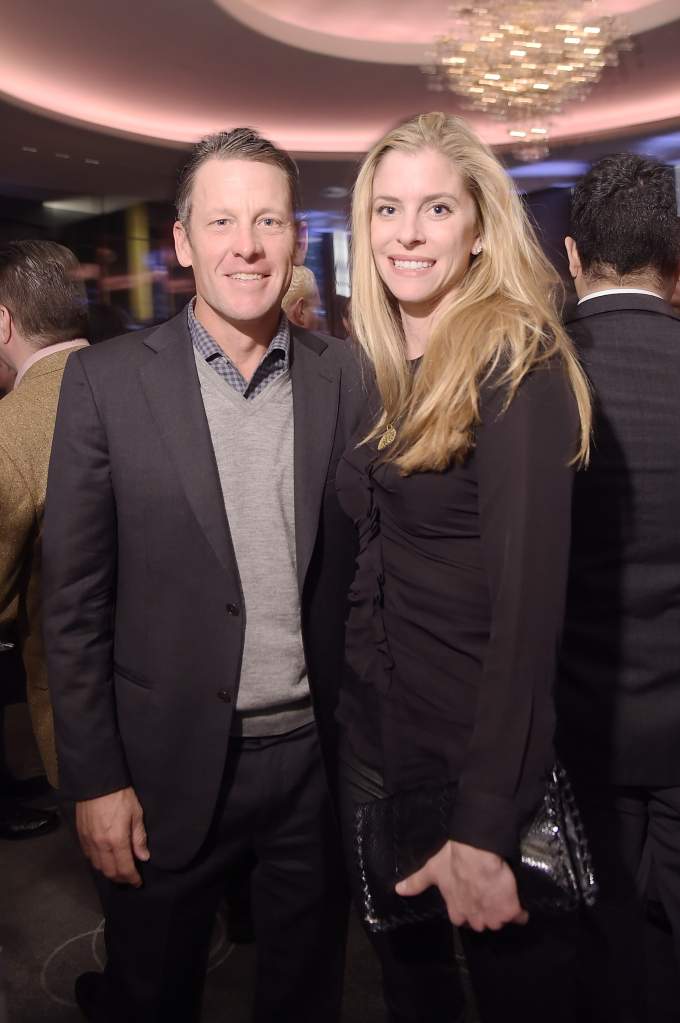 Lance Armstrong is now engaged to his longtime girlfriend, Anna Hansen. The two have been dating since 2008 and have decided to make things official after nearly a decade together. The good news was made public on Tuesday night, announced by Armstrong himself. He posted a picture on social media of himself and his fiancee, who was wearing her new diamond bauble.

The happy couple met in Denver, Colorado, in July 2008, while Anna was working for a cancer survivors/fighters charity called First Descents and they have been together ever since.

Armstrong has been previously linked to such big names as Sheryl Crow, Kate Hudson, and former child star Ashley Olsen.

A very sweet photo captured a special moment between the happy couple. According to Fox News, the photo was taken on a boat in Lake Austin, Texas. The newly-engaged couple has not shared any further information about an upcoming wedding.

The duo recently celebrated their 9-year anniversary. Armstrong posted a sweet message to his girlfriend on Instagram as a way of celebrating the day and letting Hansen know just how special she is to him.

“Nine years ago today I met this amazing woman in Denver, Colorado. As y’all can imagine, the last half of those nine years hasn’t exactly been smooth. She’s been a pillar of strength and love for me and our entire family. Happy Anniversary babe. I love you!” Armstrong wrote on Instagram earlier this year.

2. Armstrong & Hansen Have 2 Children Together

The couple welcomed their son Max in July 2009 and their daughter, Olivia, a year later in October 2010. The photo above was taken on Mother’s Day. Armstrong shares photos of his kids every now and then on social media. Recently, he posted photos of Max and Olivia at a swim meet.

“First swim meet of the year last night. So proud of Max and Olivia for all their hard work and effort. The sport of swimming is one of my favs and to see our kids loving it is incredible. And hats off to all the other swim parents as these meets are truly a parenting endurance fest. They run loooong! Y’all have a great weekend,” he captioned the pictures.

Armstrong has three children from his previous marriage to Kristen Richard-Armstrong. His son Luke is 17 and his twin daughters, Grace and Isabelle, are 15.

This past Christmas, Armstrong posted a photo of his family’s holiday card, which featured Hansen, and all five of his kids. You can see it below.

Happy Holidays from all of us to all of you! Looking FORWARD to 2017!

3. They Made Headlines in 2015 When Armstrong Hit Two Parked Cars & Hansen Took the Blame 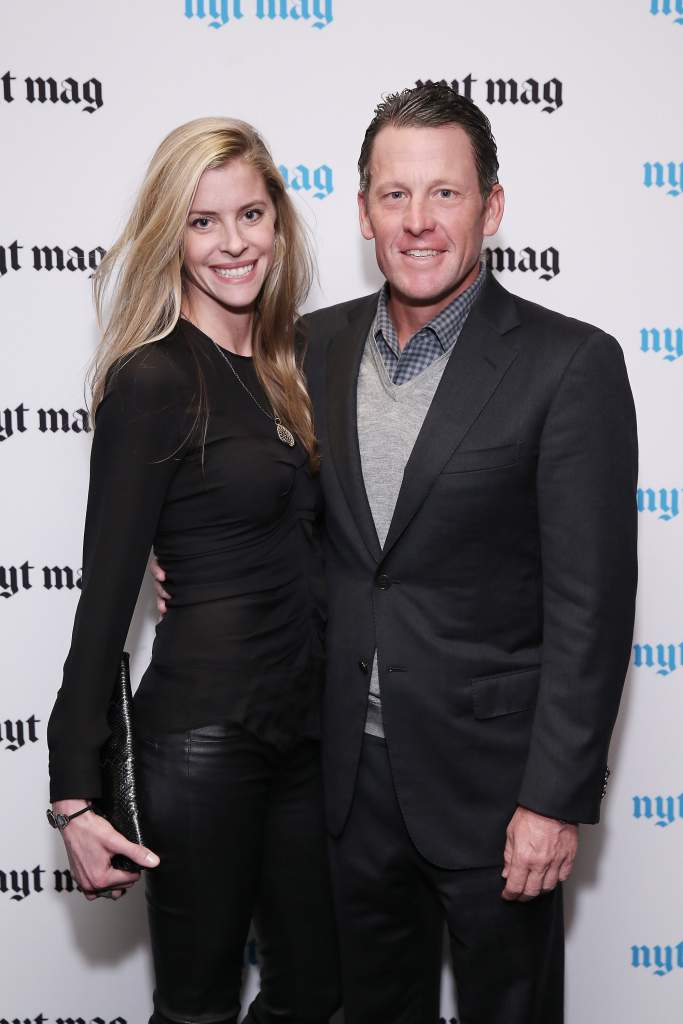 It wasn’t long ago that Armstrong made headlines after he hit two parked cars in Aspen. He had been having a fairly wild night before getting behind the wheel on December 28. According to USA Today, Hansen took the blame in the accident as a way to “avoid national attention.”

“We’ve had our family name smeared over every paper in the world in the last couple of years and honestly, I’ve got teenagers, I just wanted to protect my family. I thought, gosh, Anna Hansen hit some cars, it’s not going to show up in the papers, but Lance Armstrong hit some cars, it’s going to be a national story,” Hansen told police.

In February 2015, Armstrong pleaded guilty to careless driving after reaching a plea deal with prosecutors. According to USA Today, Armstrong paid $238.50 to cover court fees and a $150 traffic fine. The additional charges (failing to report an accident and speeding too fast for conditions) were dropped as part of the bargain.

Hansen was not charged in the incident.

4. Hansen Stuck By Armstrong Through His Cheating Scandal That Effectively Ended His Professional Cycling Career

Out on Lake Austin celebrating @annahansen2's bday with our lovely family. I've somehow convinced her to hang with me for 8 years (so far). No idea how. Been a blessing spending them with this amazing woman. Happy birthday babe.

In 2013, Armstrong admitted using drugs throughout much of his cycling career. His tainted image may have been bad enough, but he was also faced with several lawsuits and has been trying to pick up the pieces ever since.

“The seven-time Tour de France winner turned cancer hero admitted in 2013 that he had doped for at least a decade. The last four years have been filled with legal battles, bad press, and shade from his many loyal fans that he lied to over the years,” Yahoo! News reports.

Hansen stuck by her boyfriend’s side through all of this, and that’s something that he has been grateful for.

5. This Will Be Armstrong’s Second Marriage 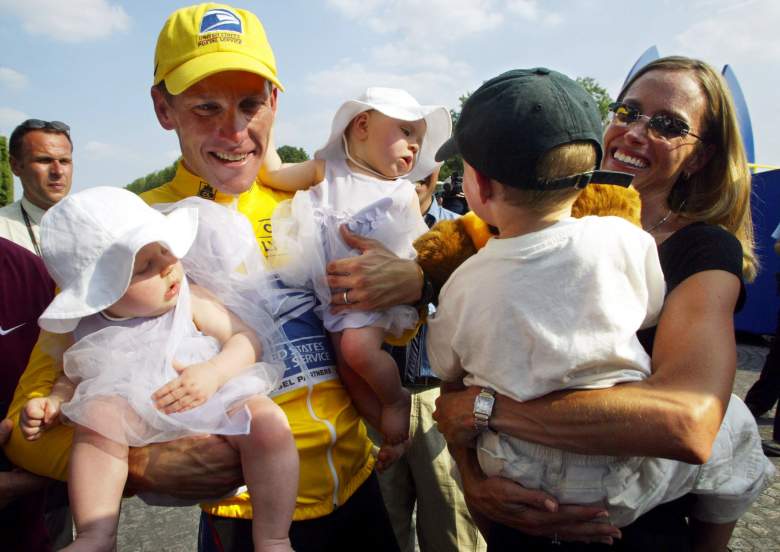 Armstrong was previously married to Kristin Richard-Armstrong. The two met in 1997 at a press conference. Armstrong was battling testicular cancer at the time and had just finished chemotherapy. The two ended up hitting it off and they fell in love. They got married one year later in Santa Barbara and moved to the French Riviera.

Armstrong beat cancer and went on to win the Tour de France five times while Richard-Armstrong stayed home and cared for the couple’s three children, Isabelle Rose and Grace Elizabeth born on November 20, 2001, and Luke born on October 12, 1999.

They ended their marriage in 2003. 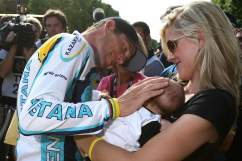