The Met Gala is an annual event that pays homage to fashion with some of the hottest celebrities walking the red carpet alongside a famed designer of their choice. The 2017 Met Gala is being held on Monday, May 1, 2017 with special live coverage by E! News.

According to VOGUE, the Metropolitan Museum of Art announced this year’s theme as “Rei Kawakubo/Comme des Garçons: Art of the In-Between.” The event will feature an exhibition, which will open to the public on May 4, 2017. Andrew Bolton, the curator of the Costume Institute, talked to VOGUE about this year’s theme, saying:

Rei Kawakubo is one of the most important and influential designers of the past forty years. By inviting us to rethink fashion as a site of constant creation, recreation, and hybridity, she has defined the aesthetics of our time … She’s 74 years old and no other designer is as challenging or as brave as Rei. People keep asking me, ‘Why did you choose Rei as the second living designer?’ It’s like, just look at the clothes. They speak for themselves.

The Met Gala is also known as the Costume Institute Gala or the Met Ball and is a fundraising event that benefits the Metropolitan Museum of Art’s Costume Institute in New York City. Anna Wintour is always the chair of the event and this year, Katy Perry, Pharrell Williams and the designer Rei Kawakubo are honorary chairs. When it comes to the guest list, though most attendees have to purchase tickets, there are also many who are denied, according to Page Six. People reports that this year, Kim Kardashian will attend without husband Kanye West and she will be wearing Vivienne Westwood. An unnamed socialite spoke with Page Six about the “politics” behind the Met Gala guest list, explaining:

Anna is extremely restrictive on who can buy a ticket. Many people I know who are Friends, [and] who have the money to pay, have been turned down. Anna decides they can’t go. Period.

A rep for VOGUE told Page Six that they do not comment on the guest list of the Met Gala.

Today, The Met held a press preview for The #CostumeInstitute spring 2017 exhibition “Rei Kawakubo/Comme des Garçons: Art of the In-Between,” on view to the public from May 4 through September 4. Presented in the Museum’s Iris and B. Gerald Cantor Exhibition Hall, the exhibition examines Rei Kawakubo’s fascination with interstitiality, or the space between boundaries. Not a traditional retrospective, this thematic exhibition is The @MetCostumeInstitute’s first monographic show on a living designer since the Yves Saint Laurent exhibition in 1983. #MetKawakubo #TheMet #MetGala #ReiKawakubo

From 7:30 p.m. ET/PT until 9 p.m. ET/PT tonight, you can watch your favorite celebrities and fashion elite walk the Met Gala red carpet via E! Live From the Red Carpet on E!. Live From E! will also be shown on Facebook Live and VOGUE will also have a Facebook Live live stream of the red carpet arrivals as well. The official introduction about tonight’s event and them via VOGUE reads:

Colloquially and affectionately referred to as “fashion’s biggest night out,” the Met Gala is a pinnacle of iconic style. A fundraising benefit for the Metropolitan Museum of Art in New York City, the event welcomes celebrity stars, young creatives, and industry paragons alike. And the excitement doesn’t stop there—the gala also signifies the highly anticipated grand opening of the Costume Institute’s annual fashion exhibition. This year, we honor Comme des Garçons designer Rei Kawakubo with an exhibition entitled “Rei Kawakubo/Comme des Garçons: Art of the In-Between.”

VOGUE Contributing Editor André Leon Talley gushed about the history behind the Met Gala and what makes it so amazing, explaining to VOGUE that:

The Met Gala is the Super Bowl of fashion. On the first Monday in May, everyone who is anyone comes to the Metropolitan Museum of Art for the annual fundraising gala celebrating the Costume Institute’s magnificent new exhibition on a changing theme. It all started in 1946, and over the decades has become a grand affair—the party of the year. The one other constant is the red carpet fashion. There is nothing quite like it, and it is vital and exciting to be a part of that.

He also weighed in on this year’s featured theme, saying:

The phenomenal Japanese designer Rei Kawakubo of Comme des Garçons. The exhibition will showcase 150 of Kawakubo’s most extraordinary designs dating as far back as the early 1980s. It’s a showcase of fashion as told through the lens of our contemporary culture, and should not be missed.

@KatyPerry in COMME des GARÇONS for @VogueMagazine May Issue, in honor of the upcoming @MetMuseum exhibition. Styled by @therealgracecoddington, and photographed by @mertalas and @macpiggott #MetKawakubo #CostumeInstitute #MetGala hair by @juliendys 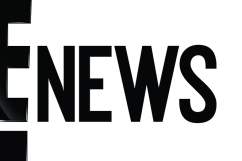