Reports from England say that Orlando Bloom inadvertently got a waitress fired because of the pair’s after-hours adventures. The Lord of the Rings star was at the Chiltern Firehouse hotel and restaurant in London where he was served by Viviana Ross, 21. Later, the Sun reports that Ross joined Bloom in his room for a drink and was still there the following morning. Bloom had left the room and a manager discovered Ross still lying in bed. As a result, Ross was fired from her job.

1. Ross Didn’t Get Bloom’s Number After a Night of ‘Incredible Sex’

Ross hooked up with Bloom after finishing her shift, according to the Sun.

After being discovered by a manager, a source told the Sun that Ross got a text telling her she was being let go. That same source said that the sex with Bloom had been “incredible.” Ross’s friend said:

There was real electricity between her and Orlando from the moment they saw each other. She said she had an amazing time and his body was very good. He was an exceptionally good lover…

He made the first moves. He’d been staying at the hotel for five days and the sexual tensions had been building up.

The friend added that Ross didn’t get Bloom’s number. 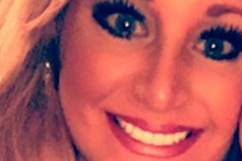 2. Ross Starred in a ’90 Minute Action Film With No Cuts’

Ross is the main star of the movie One Shot Left. It’s an independent action flick that was released in January 2017. The movie bills itself as a “90 minute film with no cuts.” Ross plays the part of Jessica Sterling. A plot synopsis from the movie’s official website reads:

Jessica and her companions Markus and Mike visit an abandoned factory. But the lost place turns out not to be that lost. Natalia Orlow and her paramilitary army try to hide a bigger secret. And they will keep anybody from leaving the facility alive.

The course of events turns out to follow one evil plan of one desperate person. And Jessica herself is the key to its fulfilment. To avert the worst, Jessica needs to fight. For her friend Markus. For her father. And for her life. Until there is only ONE SHOT LEFT.

The film was directed by Manuel Vogel. The Sun reported that Ross left Romania in early 2017 to pursue acting in London.

3. Ross Was Born in Ireland But Grew Up in Romania While Also Spending Time in Germany

According to her IMDb page, Ross was born in Dublin, Ireland, to Romanian parents in 1995. From there, her family moved to Germany before settling in Romania. As a result, Ross is fluent in English, German and Romanian. In 2015, Ross graduated from the Munich Film Academy. In addition to her acting studies, Ross is also a hip-hop dance enthusiast and an alto singer.

A different profile also lists Ross as starring in two indie movies while she lived in Germany. 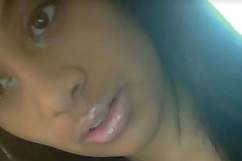 Ross’s friend told the Sun that the aspiring actress was “hurt” to lose her job at the celebrity hotspot Chiltern Firehouse. While Ross herself said, “I don’t work at the Firehouse anymore and I won’t comment on anything that happened there.” 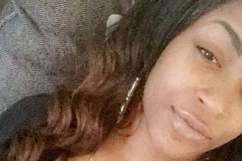 5. Bloom Has Not Been Seriously Dating Anyone Since Splitting From Katy Perry

In March 2017, Bloom and Katy Perry announced their split. It had been reported that the break-up was partly due to Bloom’s flirting with a woman named Erin McCabe. Bloom and Perry began dating in January 2016.

Just a few days before bedding Viviana Ross, Bloom said that he believes Perry will be a success on American Idol. Bloom said:

I’m sure she’ll be great. I didn’t know she was doing that… Well, then, she’ll be fantastic. She’s great at everything she does.

TMZ is reporting that Perry is being paid $25 million for her role as a judge on the American Idol ABC reboot. 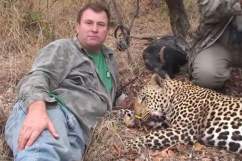