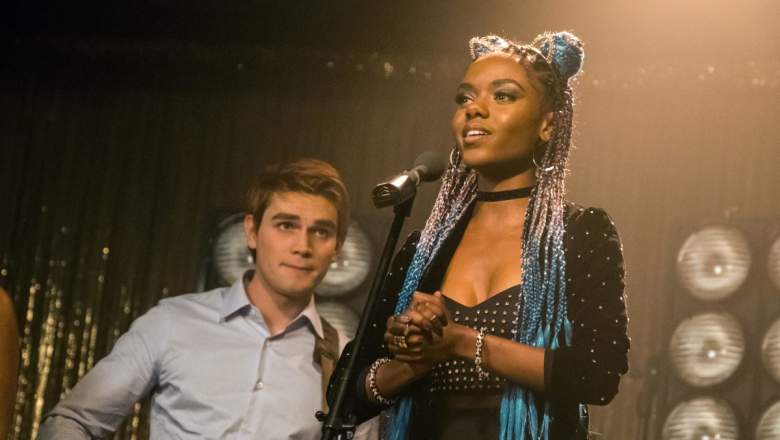 The season finale of The CW’s Riverdale is finally here, so you might be wondering if the show has been renewed for another season. Thankfully, the answer is yes, Riverdale has already been renewed for season two. It’s likely that the network will hold the show back until the second half of next season, so it might not start until winter 2018.

Season two will likely revolve around the murder of Fred Andrews. In the season finale, Fred refused to sell his interest in the construction project to the Lodges, so it’s possible that Hiram Lodge sent someone to kill Fred at Pop’s. In his narration, Jughead insisted that the murder was not “random,” so the killer wasn’t just an anonymous masked robber.

But is Fred really dead? Showrunner Roberto Aguirre-Sacasa told Entertainment Weekly that Fred will be in the season two premiere. Obviously, that doesn’t mean he survived the gunshot though. HE also confirmed that Mark Consuelos is playing Veronica’s father, Hiram Lodge.

The CW announced back in March that Riverdale was renewed, which was surprisingly early. The network didn’t say how many episodes season two would run, but season one had 13 “chapters.”

Although the show’s series premiere didn’t attract many live viewers, the CW said the show has done well with younger audiences after the initial airings. Through March 7, Riverdale saw its audience jump 78 percent in the 18-34 demographic in Live+7 ratings over same-day ratings.

Considering The CW’s bar is much lower when it comes to ratings, Riverdale has been remarkably consistent with live viewing. As TV Series Finale notes, the show has averaged a 0.39 18-49 rating through its first 12 episodes and 1,049,000 viewers. Its lowest-rated episode was Episode 10, which had a 0.32 18-349 rating on April 13.

The real challenge for the show is staying alive after it answered its central mystery in the penultimate episode of season one. We already know that Clifford Blossom killed his son Jason. How can the show, which is based on the iconic Archie Comics, survive without that mystery?

In an interview with Bustle, Madelaine Petsch, who plays Cheryl Blossom, said the season one finale will set up the mystery for season two. She also teased Archie going into “full destruction mode” for season two. In other words, if season one didn’t convince you enough that the show isn’t afraid to jettison 75 years of comic book history yet, season two definitely will.

“Our last episode sets up Season 2 for Archie. The whole trajectory of his life is gonna change,” Archie actor K.J. Apa told Bustle. “You’ll see it when you watch. It’s gonna be good. The storylines are gonna be on a bigger emotional scale than the storylines he was dealing with in Season 1.”

Riverdale is based on the iconic Archie Comics that star America’s favorite teenager, but with a much darker twist in common with recent stories in the comics. Aguirre-Sacasa (Supergirl, Glee) acts as showrunner and is also plotting the stories for the Riverdale comics.

“What we’re dealing with kind of at the end of season one and as we usher ourselves into season two is who’s behind this incredibly dubious industry that oftentimes has tremendous repercussion on a small town,” Sprouse told E! News. “Who could possibly be in charge of that, and how does that complicate the Blossoms, how does that complicate the town’s relationship to those characters, and that’s kind of where we’ve been launching off of.”