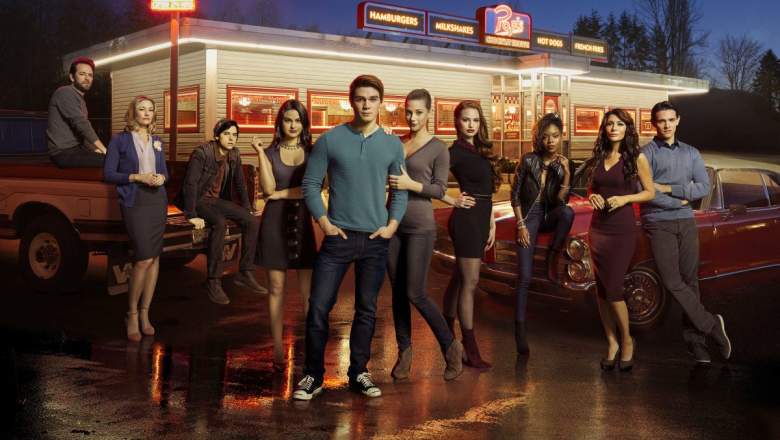 After nearly a whole season leaving us guessing, we finally found out who Jason Blossom’s killer was in tonight’s episode of Riverdale! Don’t read anything below the photo if you don’t want to be spoiled. 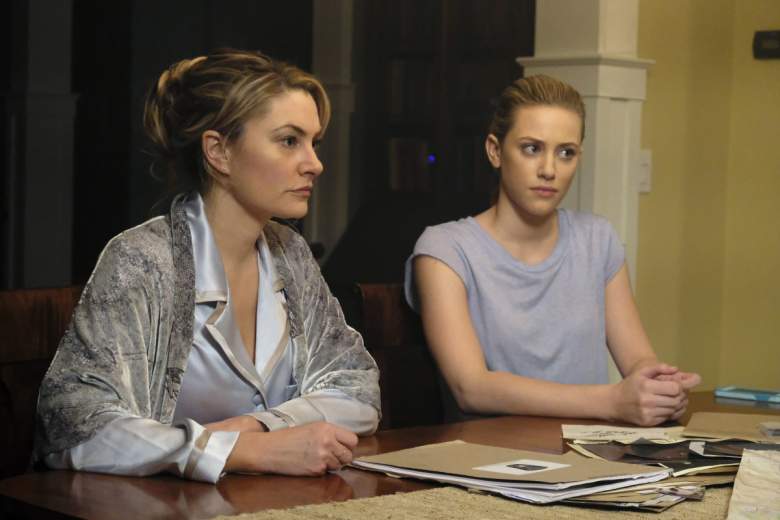 The killer was CLIFFORD BLOSSOM!

In “To Riverdale and Back Again,” Jughead’s dad, FP Jones, was arrested for Jason’s murder, but Archie, Veronica and Betty aren’t convinced. Betty’s mom Alice convinced Veronica and Archie to sneak into FP’s trailer to dig up evidence to prove FP was guilty, but they didn’t find anything. Later, police found a gun in the trailer, which both Veronica and Archie didn’t see. They were convinced that the gun was planted.

Tonight, in “Anatomy of a Murder,” the three friends, along with Jughead, tried to convince their parents that FP was innocent.

In the beginning of the show, FP “confessed” to the murder, telling the sheriff that he got Jason the getaway car he would need to use to leave Riverdale after faking his death. FP said that he then held FP for ransom and was going to get money from the Blossoms. But Jason escaped. FP said that he caught up with Jason and killed him.

FP even confessed to stealing evidence from the Jason murder investigation, but he didn’t really do that. Betty’s dad Hal did. He wanted to keep the police from finding a link between Jason and Polly because (wait for it…) the Coopers and Blossoms are related! Betty’s great-grandfather was a Blossom, so Polly and Jason are blood relatives. Betty’s family thought Clifford and Penelope Blossom would kill Jason and Polly to hide the incest, but that’s not the case. They actually liked the idea of Polly being pregnant with a “pure” Blossom.

Joaquin told Veronica, Archie and Kevin that he thought FP killed Jason because he saw FP with Jason’s body. The two cleaned up the body and stowed it in a freezer. Joaquin, who is Kevin’s boyfriend, led them to a man named “Mustang,” but they found Mustang dead in his apartment! When the police arrived, they found a bag of money with Hiram Lodge’s initials on it. Meanwhile, Cherly’s mom grabbed her by the hand to show her the big ark secret the Blossoms have: that they’ve been stockpiling maple syrup.

Later, Joaquin told Kevin about something hidden under a Blossom Maple Farm sign: a bag with Jason’s jacket inside! This really made it seem like FP killed Jason. But Betty refused to believe that. She searched the coat, which had a USB stick in it. The drive was filled with shocking evidence that stunned everyone. Veronica broke down in tears. For some reason, Betty called Cheryl to tell her to get out of her own house. Before Cheryl leaves, she tells her dad: “You did a bad thing, daddy… and now everyone knows.”

The video showed Jason tied to a chair, with Mustang taunting him. Then, Clifford came in and shot his own son right in the face.

On the night of FP’s arrest, Clifford visited FP and threatened to kill Jughead if he didn’t confess. FP just tried to protect his son. In the end of the episode, Archie tells his mom that he won’t move to Chicago and Veronica apologizes to her mom for thinking her father could be involved. When police went to arrest Clifford, they found him hanged with a barrel of maple syrup opened. There were drugs inside the barrel.

There is still one big mystery to be solved on Riverdale: why did Clifford kill his son? Next week’s episode, “Chapter Thirteen: The Sweet Hereafter,” airs on May 11. Plus, the show has already been renewed for another season, so showrunner Roberto Aguirre-Sacasa and his team will have to come up with more stories for this dark, twisted version of the usually cheery Archie Comics world.

Read More
Riverdale, The CW, TV
We finally know who did it. Tonight's episode revealed once and for all who killed Jason Blossom on Riverdale!