In the past, Teen Mom OG star Ryan Edwards has been accused of doing drugs by viewers who sound off on social media. Some have commented that a certain look he has had in his eyes on the show is because of drugs. However, no mention or confirmation of drug use has been made on the show, by Edwards or by his family … until now. Recently, his baby mama Maci Bookout said on the show that she was concerned and scared about things that Edwards was doing. She said she was worried about Edwards doing something he “can’t come back from.” Fans have voiced online that they wonder if Bookout is referring to drugs. Bookout stated on the show:

I’m not going to go into specifics. It’s scary stuff, like really scary stuff. I can’t go into details because then people are going to say ‘oh, he’s doing drugs.’ I did not know the severity of what is going on.

There have been questionable moments on the show this season, with Edwards disappearing on his family or not responding to Bookout’s calls. But, does this mean the worst? One thing that Bookout has said is that she feels his fiancee is a great, positive influence on Edwards. So, if Edwards were getting into trouble, could his fiancee Mackenzie Standifer get a handle on it? According to The Hollywood Gossip, when fans made comments on her social media accounts, she stood up for her man, saying:

You are literally so rude. Did your mother not teach you manners? …. If you can’t say anything nice THEN DON’T SAY ANYTHING AT ALL … Please stop making assumptions based off of 20 staged minutes of air time. That’s what no one realizes.

So, what’s the real deal? In the past, Edwards has denied drug rumors. But, if this is true, why does it sound like Bookout is implying that he may be using drugs? We’ll just have to wait and see what happens on Teen Mom OG. 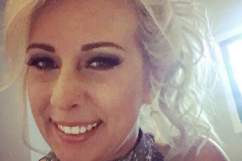