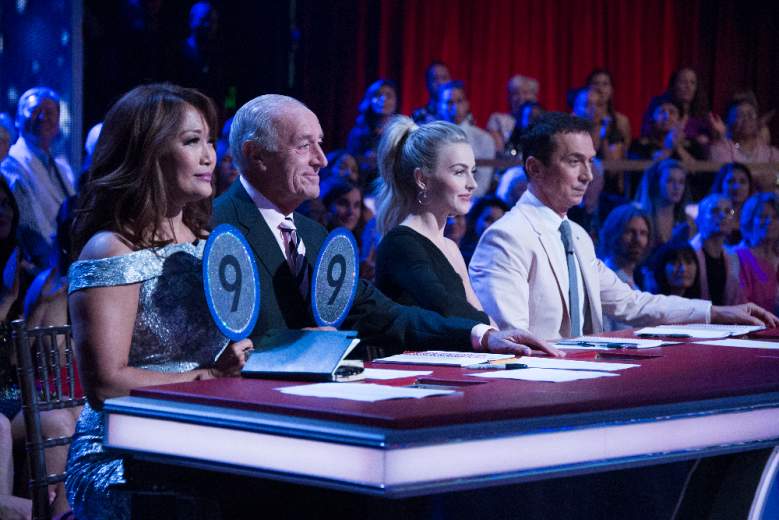 The night was filled with praise from the judges, but one contestant still had to leave the ballroom. So, who was sent home?

First, the couples who were safe were announced as Normani Kordei with Val Chmerkovskiy and Rashad Jennings with Emma Slater. Next, tonight’s eliminated couple was revealed, and the duo who was voted off the show was … Simone Biles and pro Sasha Farber.

#DWTS everyone was SHOOK but my baby still safe ? pic.twitter.com/GeeIQqJ9zh

All of the judges and the hosts appeared in shock by the results, which you can see in the below tweet. Even contestant David Ross and partner Lindsay Arnold were surprised that they were not going home.

Ummmm does anybody want to explain what just happened here?? #DWTS pic.twitter.com/h0VtszKcds

We have to say that we are surprised to see that David Ross was not eliminated. Co-host Erin Andrews said, “Unreal. I’m shocked. This just makes next week even bigger. You have to get your votes in.”

Have a look at one Simone Biles’ performances from tonight’s show in the below video.

This is the second time this season that a major competitor was unexpectedly sent home. Dancer Heather Morris’ journey on the show was definitely cut short and many of the cast members commented on how surprised they were to see her go after getting 10’s from the judges. Fans of the show took to Twitter to express their outrage over Biles’ departure from the show, comparing it to Morris’ untimely exit. Have a look at some of the angry tweets below.

NOT FAIR. DAVID IS WAY WORSE THAN SIMONE. SIMONE DESERVED THE FINALS #DWTS

Next week, there will be a two-part season finale, with Lady Antebellum and Hailee Steinfeld as the musical guests. In addition, all the contestants from the season usually show up to participate in some of the viewers’ favorite dances, along with new ones as well. 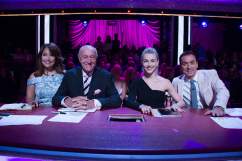