The third trailer for Spider-Man: Homecoming is finally here, with less than two months to go before the film opens. Homecoming will open on July 7, 2017.

The new trailer isn’t as heavy on the plot revelations as the second trailer was, but it does show plenty of new scenes we have not seen yet. Notably, we get a scene with Donald Glover, whose role in the film is still unknown. It looks like Spidey meets with him to get a word of advice.

“You need to get better at this part of the job,” Glover tells Spider-Man. It sounds like the character has some experience with with superheros, but Marvel and Sony still haven’t told us who he plays. There have been calls from fans to have Glover play Miles Morales, another Spider-Man from the “Ultimate Universe” who became so popular that he joined the main Marvel universe. 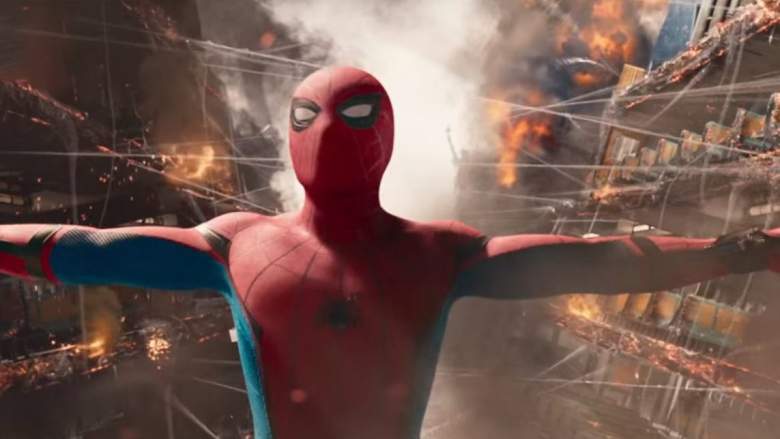 Based on all the trailers we’ve seen so far, the new film directed by Jon Watts is not going to make us sit through Spider-Man’s origins all over again. Instead, it picks up after the action in Captain America: Civil War, with Peter Parker using a high-tech Spidey suit given to him by Tony Stark (Robert Downey Jr.). When Peter tries to fight a new enemy himself, the Vulture (Michael Keaton), things don’t go well and Tony takes away the tech suit. That forces Peter to learn how to be a superhero without a fancy suit.

Peter is also still in high school and is played by Tom Holland. Zendaya stars as Michelle, one of his classmates and Jacob Batalon plays his best friend, Ned. Marissa Tomei also stars as Aunt May, a role she played in Civil War.

Homecoming is a Sony/Marvel Studios co-production and is considered part of the Marvel Cinematic Universe.