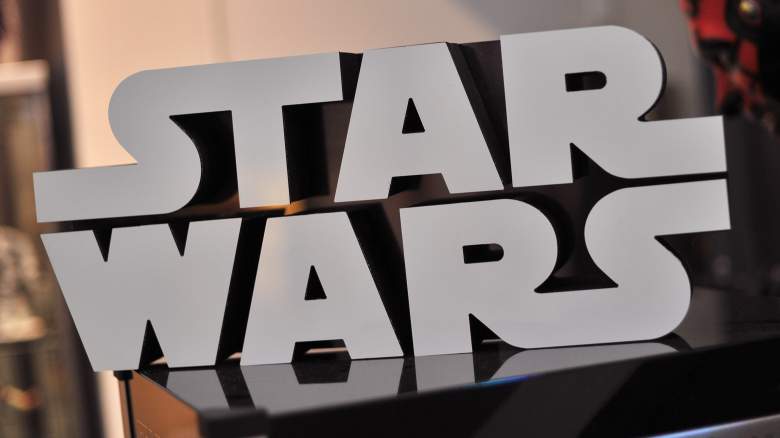 Today is Star Wars Day, so if you don’t have to work, you have the perfect excuse to sit through a Star Wars marathon. But should you really spend all your time watching all 12 movies? Yes, we said 12 movies.

While there are only eight live-action, theatrically released Star Wars movies, you can expand the definition of “movie” to include more projects. First, there’s the eight live-action movies: A New Hope, The Empire Strikes Back, Return of the Jedi, The Phantom Menace, Attack of the Clones, Revenge of the Sith, The Force Awakens and Rogue One: A Star Wars Story.

Then, you have Caravan of Courage: An Ewok Adventure and Ewoks: The Battle For Endor, the two Ewok movies that were released theatrically overseas, but only shown on ABC in the U.S. in 1984 and 1985. Next, there’s Star Wars: The Clone Wars, the theatrical release of the first handful of episodes of the show.

Unfortunately, if you include the Ewok movies on this list, it means you’re going to have to talk about The Star Wars Holiday Special too.

Now that we’ve set the ground rules to expand this ranking beyond just eight movies, it’s time to get to the list.

The Star Wars Holiday Special was conceived as an interesting idea from George Lucas. He had to keep interest in the franchise alive to make sure it wasn’t just going to be a fad and forgotten by the time Empire hit theaters. So, he teamed up with ABC, came up with the idea for Wookie Life Day, had his main stars all make it… and then promptly left the room. The end result was a bizarre mix of science fiction, 1970s TV fads and variety show. The best thing to come out of it was the animated sequence starring Boba Fett. Thankfully, the events of the movie were never considered cannon.

For more on the making of the disaster, which is far more interesting than the movie itself, click here: 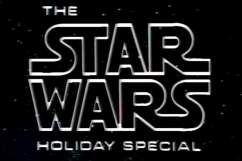 A year after Jedi opened, there was quite a lot going on in the Star Wars franchise. The Droids and Ewoks animated TV shows started in 1985. In 1984, Lucasfilm produced the first of two Ewok movies, Caravan of Courage.

The films tell the story of the Towani children, who crash-land on the Forest Moon of Endor and meet the Ewoks before the Battle of Endor in Jedi. The first film is interesting because of the great Oscar-winning character actor Burl Ives is the narrator, but that’s about it.

The second Ewoks movie is much, much darker and better for it. It also introduces a form of “magic” in to the Star Wars universe. (Years later, we would see the Witches of Dathomir become part of the Star Wars canon.) The film isn’t as kidd-friendly as Caravan, since it begins with a group of Marauders arriving on Endor, killing Ewoks and three of the four Towani children! Yes, the children we grew to love in Caravan are all killed almost instantly. And you thought Anakin killing younglings was as dark as Star Wars got.

Imagine making a TV series and suddenly being told that the first few episodes of your show – no matter how bad they are – will be smashed together into a 90-minute movie and then dumped in theaters? That’s the situation Dave Filoni faced in 2008. The first few episodes of The Clone Wars were nowhere near as good as the show would become. They introduced Ahsoka Tano as an irritating Padawan for Anakin, and it felt like she only existed as a way to attract a female audience. Then the plot was downright weird, centering on Anakin and Ahsoka trying to find Jabba the Hutt’s kidnapped son.

Eventually, The Clone Wars would get much, much better and Aksoka is a fan-favorite character. But the movie is a poor representation of the series overall.

And now we’ve reached the actual live-action movies. As everyone knows by now, the prequels are bad. We’re not breaking any new ground with that. They are still part of the Star Wars universe and there are still good things in each of them. The Phantom Menace, for instance, has Darth Maul and… yeah, it has Darth Maul. Podracing is silly and almost half the things that happen in the movie are pointless.

For example, the entire Coruscant sequence is pointless. When they arrive, Queen Amidala needs help to save her planet from a blockade and Qui-Gon Jinn needs the Jedi Council’s approval to train Anakin. Neither of those things happen when they leave! They could have just gone straight from Tatooine to Naboo and saved some time. Oh, Palpatine gets one step closer to becoming Chancellor, so there’s that.

Attack of the Clones is barely better than The Phantom Menace. That’s only because of Obi-Wan Kenobi’s detective work, which culminates in a total fan-service fight with a Fett. The love story between Padme and Anakin is just awful and forced, making the movie an unbearable two hours and 22 minutes.

The Battle of Geonisis is also pretty interesting, but again, it all feels contrived. George Lucas has a big huge checklist of things that have to happen, but he found the most uninteresting way to get us there. The worst crime of all is the terrible dialogue he wrote for everyone.

It’s worth noting that the guy credited with co-writing Clones, Jonathan Hale, has never worked on another project.

The Force Awakens did exactly what needed to be done: it proved that you can still make a good Star Wars movie. The overwhelmingly positive reaction at the time of its release has died down a bit, as we’ve all realized that a chunk of the movie just recycles story beats from the original three films. It’s still a good movie, thanks to the new characters.

Unlike many of the prequels, the film moves at breakneck speed, leaving some important plot points unanswered. Yeah, we get that there was a lot we didn’t know a lot about the Star Wars universe when A New Hope was first released, but it would have been nice to know which planets Starkiller Base blew up so we could care about them. One of the planets was Hosnian Prime, the home of the New Republic. That seems like a detail that should have been made more clear.

Revenge of the Sith is the best of the prequels easily. Hayden Christensen still needs a lesson on how to act and George Lucas creates some needless plot holes in the overall Star Wars story (If R2 didn’t get his memory wiped, why didn’t he tell Luke all about his father?), but the film is much more dramatic than you’d expect.

It’s hard not to imagine what the prequels would have been like if Lucas picked a different starting point. What if he started with the Clone Wars already raging and Anakin was introduced as a hero instead of as a whiny kid? Perhaps Revenge wouldn’t feel as rushed. It’s a movie that has to show the Jedi’s destruction, Palpatine declaring himself Emperor, Yoda going into exile, Anakin becoming Vader, Padme dying, Padme giving birth and the end of the Clone Wars. Somehow, it has to do all this in less than two and a half hours!

Rogue One: A Star Wars Story actually delivered what was promised: We really got a Star Wars war movie. After the first two acts of the movie, Gareth Edwards pulls out all the stops with the Battle of Scarif. The idea of a planet shield that the Rebels have to get through is really cool.

That said, the film disappoints in its characterization with Jyn Erso. The main character was billed as this strong-willed, rebellious character who declares, “I rebel!” But that line wasn’t even in the final movie. As good an actress as Felicity Jones is, the film really doesn’t let her be the kick-ass character we want to be.

Overall, Rogue One is still a good Star Wars movie. It might have benefited from having fewer characters so the bigger ones – like Jyn and Cassian Andor – could have been built up a little more. But the end sequence with Vader is one of the scariest things to end up in a Star Wars movie.

Return of the Jedi ends the original trilogy on a weak note. The whole first half-hour spent on Tatooine only exists to get Han back, but it gets the film off to a slow start. The Special Edition musical number really doesn’t help.

When the movie finally gets to Endor, then everything goes on full throttle. The three-front battle is effortlessly put together, even if we don’t spend as much time in the Emperor’s Throne Room as we should. While Luke is fighting to keep the Jedi alive, Han and Leia are fighting with fluffy Ewoks. It’s a weird juxtaposition to say the least. Maybe if the film was left in better hands than director Richard Marquand’s, Jedi would have been as great as the other two films in the original trilogy.

This is where it gets really tough. It’s like choosing a favorite child. The first Star Wars movie is as perfect as it gets, especially when you consider that some of the “plot holes” were only created by subsequent movies and other projects. (For example, the only reason why we can’t figure out why Obi-Wan doesn’t recognize R2 is because of the prequels, not because of anything actually in A New Hope.)

The greatest Star Wars film and quite possible one of the greatest films ever made is The Empire Strikes Back. No matter how many times you watch it, the film captures your imagination and makes you feel like you’re seeing it for the first time. The film teaches us that even when the villains win, there’s still a glimmer of hope there as long as you believe in your goals. Luke loses his hand and learns a horrible secret, but there’s still a glimmer of hope at the end of Empire. Thanks to Empire, Star Wars became more than just a story where the good guys always win.

Beyond the story, everything else in Empire works so well. The editing makes the movie feel like it’s two minutes long, not two hours, despite all that happens. The acting is leaps and bounds over what we saw in A New Hope. And the score from John Williams is exquisite. 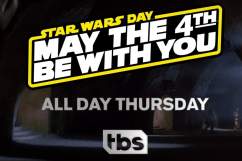