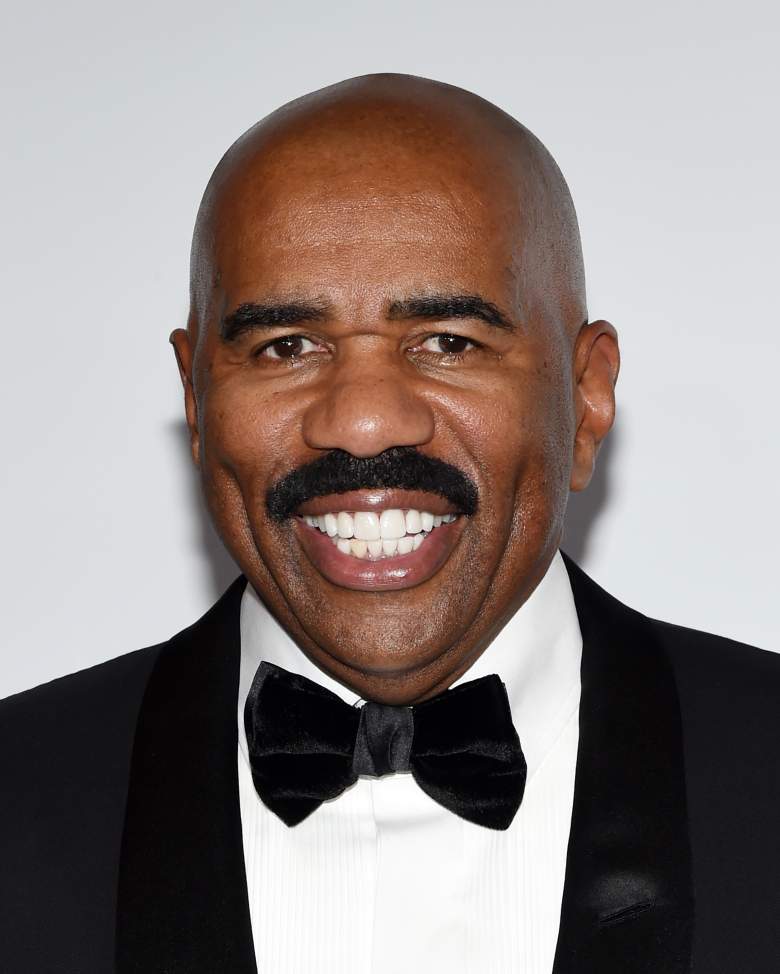 Steve Harvey is being sued by his second ex-wife, Mary Harvey. According to TMZ, the former Mrs. Harvey is seeking a $60 million pay day for emotional damages that she claims she has suffered since the couple’s split back in 2005.

Harvey, a father of seven, splits his time between Atlanta and Chicago, two cities where he does the majority of his work in television and radio.

Mary Harvey was Steve’s second wife. The two tied the knot in 1996 and divorced nine years later. They have one son together, Wynton Harvey, who is 19 years old. 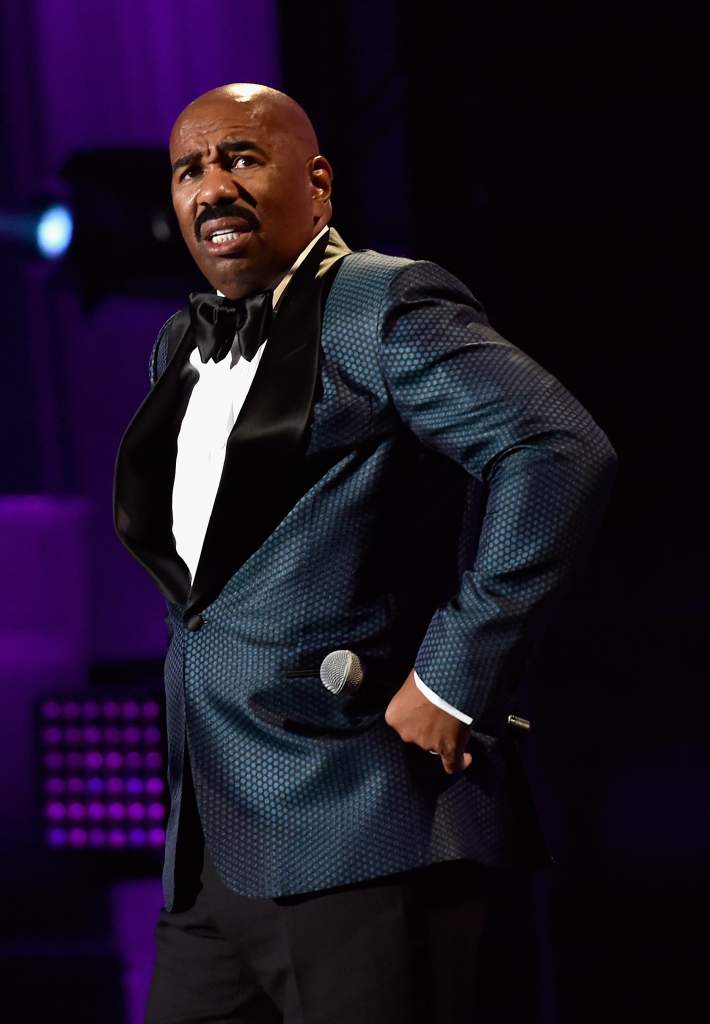 Mary Harvey says that she has been suicidal and has had to “self-medicate” to be able to handle the aftermath of her divorce from Harvey. Not only was the split nasty, but it was also highly publicized.

“She is suing Steve for a lengthy list of things, including child endangerment, torture, conspiracy against rights, intentional infliction of emotional distress, breach of contract and even ‘soul murder.’ The lawsuit states: ‘Soul murder is achieved by a combination of torture, deprivation and brainwashing,'” E! News reports.

In April, Mary Harvey was featured in a YouTube video in which she explained how she feels she has been wrongly treated by Harvey.

“The judge said our divorce would be contingent upon the division of community assets but that never happened. Steve Harvey owes me $50 million and I want him arrested for violating my civil rights. I want him charged with a constitutional rights violation, falsifying documents, perjury, contempt of court, embezzlement, extortion and collusion. For what he’s done to me, I want to see Steve Harvey behind bars,” she said.

Check out the video below for more.

2. Mary Harvey Doesn’t Have a Lawyer 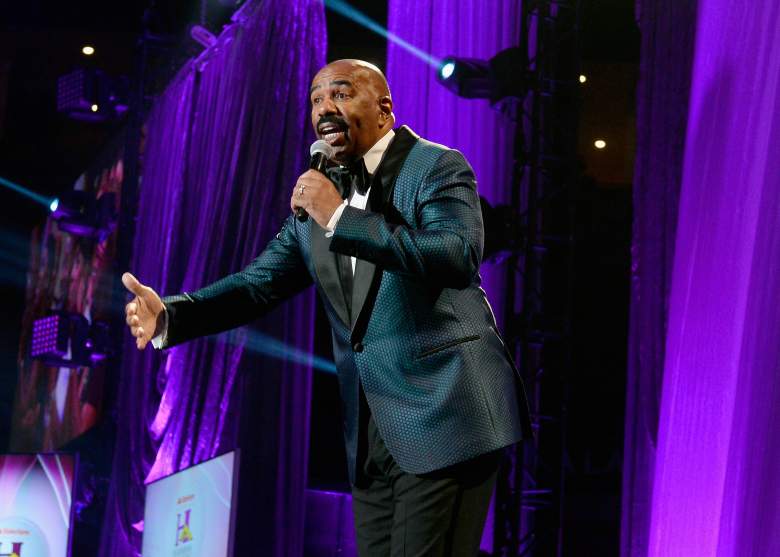 Mary Harvey filed documents to sue her ex-husband for $60 million, but she doesn’t have a lawyer. A woman identified as a “civil rights activist” has filed the paperwork in court. It is unknown if Ms. Harvey plans on obtaining a lawyer in her case against her ex-husband.

A woman identified as activist Essie Berry posted the following video on YouTube shortly after news of the lawsuit against Steve Harvey broke. Check it out below.

In the divorce, Mary Harvey “was given three of their homes as well as $40,000 per month until 2009 as well as a one-off payment of $1.5 million. Steve later received primary custody of their son Wynton, after Mary apparently put the boy on a plane and sent him to his father without his knowledge,” according to Divorced Debbie.

3. Steve Harvey’s Lawyer Has Spoken Out 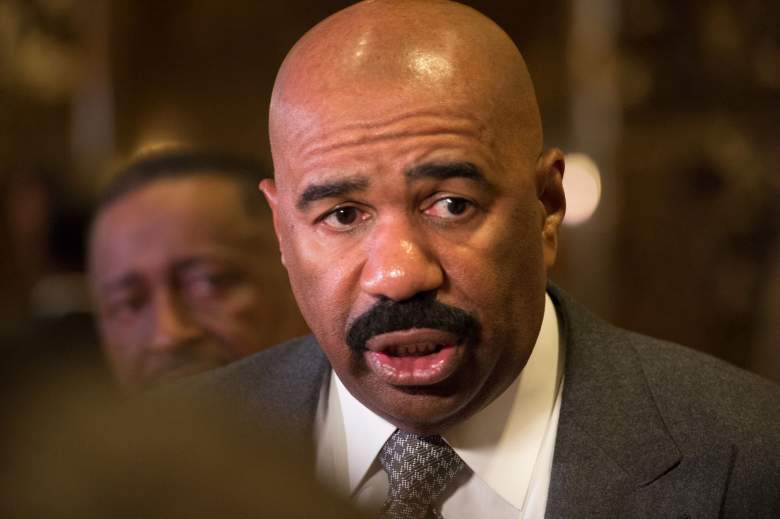 The shocking lawsuit made headlines on Thursday evening, but Steve Harvey didn’t immediately comment on the news. TMZ reached out to his people for comment, but didn’t hear back right away. However, TMZ was able to get in touch with Harvey’s attorney, Brandon Williams, who called the allegations put forth in Mary Harvey’s lawsuit, “meritless.”

“Mr. Harvey vehemently denies any allegations set forth in the lawsuit. The Complaint is meritless, frivolous and the allegations are completely false. We will vigorously defend/counterclaim against the Complaint,” Williams told TMZ.

Harvey has not personally made mention of the lawsuit on social media or on his website at the time of this posting.

4. Steve Harvey Has an Estimated Net Worth of $120 Million 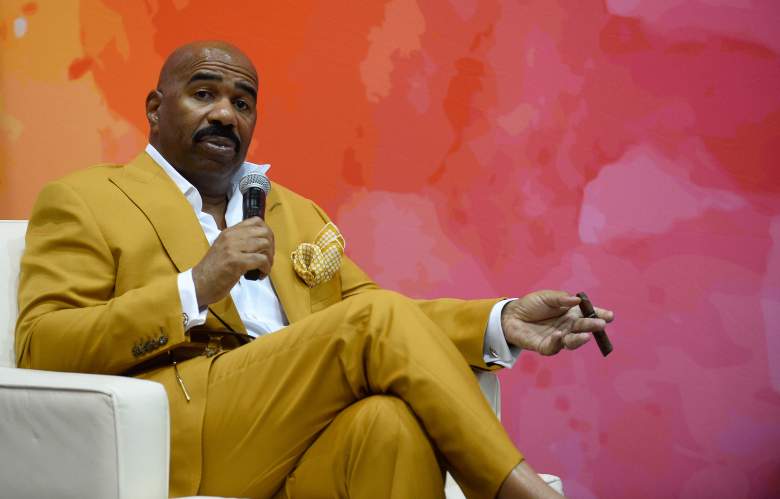 Steve Harvey is very successful in the entertainment business. Aside from hosting his own talk show and having his own radio show, Harvey also is the host of Family Feud and Little Big Shots. He has hosted the Miss Universe pageant for the past few years.

Harvey is estimated to have a net worth of $120 million by Celebrity Net Worth. The site claims that Harvey rakes in a handsome salary of $30 million per year. The amount of money that Mary Harvey is seeking is exactly half of her ex’s estimated net worth.

5. Steve Harvey Has Been Married 3 Times 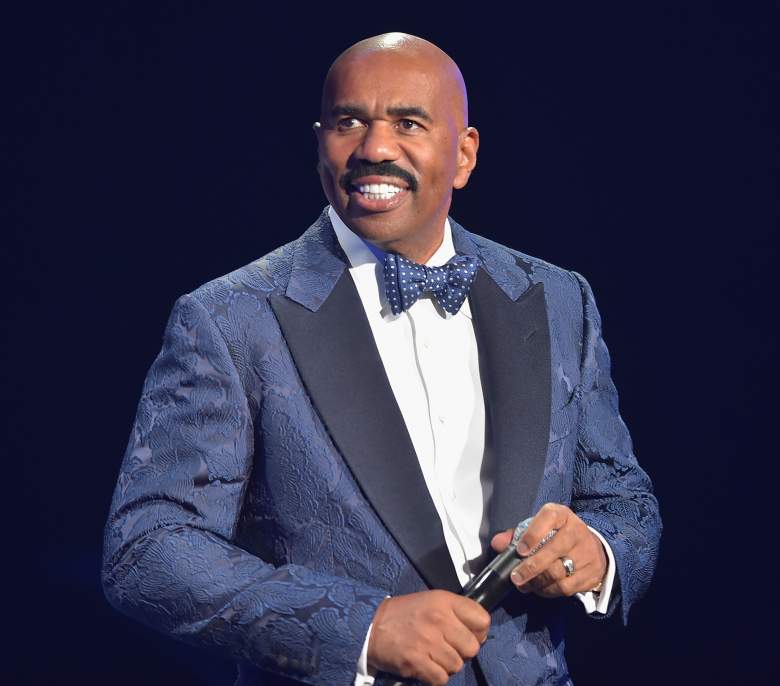 Steve Harvey has been married three times and he has seven children.

He married Marcia Harvey in 1980, when his career was just starting out. The couple has two daughters, twins Brandi and Karli, and one son, Broderick. Steve and Marcia divorced in 1994. In a 2016 interview with People Magazine, Steve Harvey talked about starting out as a comedian and why he chose to leave his family behind to pursue his career.

“I’m married, I have twins [Brandi and Karli, now 33]. I’m supposed to provide for them, but I had to take this chance,” Harvey said. His daughters have since made peace with the fact that their dad needed to chase his dreams.

“Years later they said to me, ‘Dad, we didn’t understand why you left us, but we know now you had to go. You didn’t just belong to us. You belonged to the world.’ That was emotional for me,” he told People.

Harvey married Mary Lee Harvey in 1996. The couple welcomed son Wynton together before divorcing in 2005.

In 2007, Harvey married his third wife, Majorie Elaine Harvey, who had three children of her own from previous marriages. Steve has raised her children as if they were his own. The two are still married.