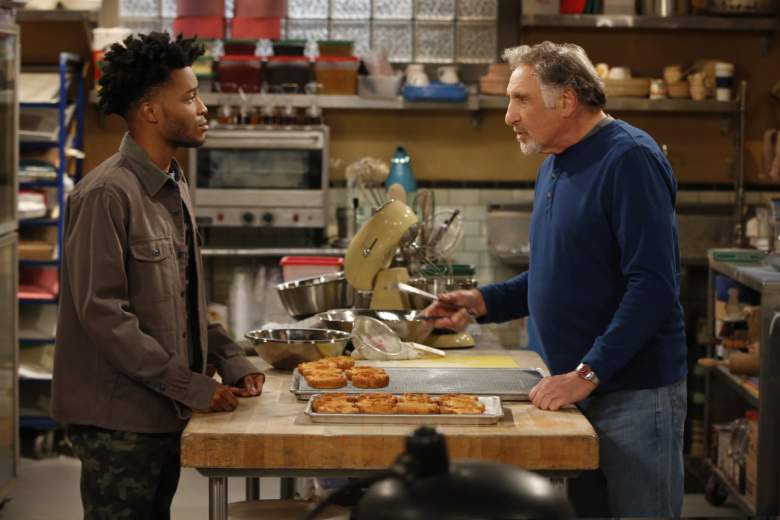 The season finale for CBS‘ Superior Donuts with Judd Hirsch and Jermaine Fowler airs tonight. So, you might be wondering if the show is returning for a second season. We have good news for you! Superior Donuts has been renewed! The show could be back as soon as Fall 2017, but CBS could decide to hold it back for winter 2018.

The series is based on a 2008 Tracy Letts play set in Chicago. Hirsch stars as Arthur Przybyszewski, the grumpy owner of a doughnut shop who hires millennial Franco Wicks (Fowler). Franco takes it upon himself to update the shop so it can better compete with modern coffee shops. The cast also includes atey Sagal as Officer Randy DeLuca, David Koechner as Carl Tushinski, Anna Baryshnikov as Maya, Maz Jabroani as Fawz and Darien Sills-Evans as Officer James Jordan.

Superior Donuts had almost everything going against it. Fowler joined the cast in February 2016 and a pilot was made with Brian d’Arcy James (Spotlight) in the role that went to Hirsch. CBS didn’t pick up that version of the show and instead decided to re-pilot it in May 2016. The show finally began on February 6, 2017 and saw all 13 produced episodes air.

The show’s throwback to old sitcoms, complete with a laugh track, connected with the Eye Network’s audience and fit snugly in a timeslot surrounded by Kevin Can Wait, Man With A Plan and The Great Indoors. Like those shows, Superior Donuts is headlined by a TV legend. Hirsch starred on Taxi, earning two Emmys and has a Golden Globe for Dear John. He also appeared on CBS in The Big Bang Theory.

The show has done well in the ratings for CBS, where the 18-49 ratings demographic is not as important as it is for other networks. The most recent episode drew a 0.96 rating in the demo and an estimated 5,154,000 viewers. One other fact Superior Donuts had in its favor: it is wholly produced by CBS Television Studios.