Tonight is the season 3 premiere of The Carmichael Show on NBC at 9pm ET/PT. The network will air back-to-back episodes with a premiere titled Yes Means Yes, centering on sexual assault.

The series was renewed for a third season on May 15 of last year, and stars Jerrod Carmichael as himself, along with Amber Stevens West, Lil Rey Howery, and Tiffany Haddish.

Season 2 of The Carmichael Show earned a 100% rating on Rotten Tomatoes for its premiere, with extra viewers tuning in for its Bill Cosby episode. Season 2 ratings dropped over the course of the season, but it still managed to hold onto a renewal.

The Hollywood Reporter describes The Carmichael Show as having the “unlikely” status of being the NBC show with the most seniority, despite its turbulent run. This season, however, could be a positive one for the show. THR writes, “The reality is that there has never been a better time to push The Carmichael Show to the masses.” Whether its content will have the desired effect on its viewer is still up for debate.

EPISODE SYNOPSIS: Yes Means Yes: A family debate about consent ensues after Maxine’s friend posts about her sexual assault on social media. Before long, the debate sends Bobby into a spiral. The Season 3 opener.

Support the Troops: Jerrod gets into a fight with a soldier in front of Joe and Bobby. Joe tries to make it up to the soldier, but complications result.

‘The Americans’ Renewed or Cancelled: Is It Coming Back for Season 6? 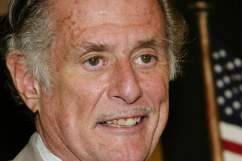