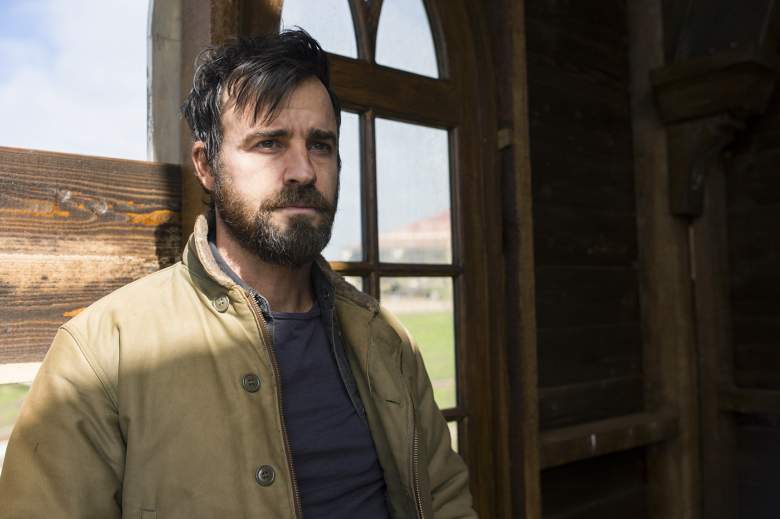 Once again, we witnessed a masterpiece with The Leftovers Season 3 Episode 7 — “The Most Powerful Man in the World (and His Identical Twin Brother).” Love ultimately conquered fear, and Kevin may have singlehandedly saved humanity by sacrificing his own life. Of course, that all depends on whether or not you believe the afterlife Kevin visited was real. What were the deeper meanings hidden in this latest episode? And what could it hint about the finale? Here are top theories and explanations for the latest episode.

This article will have spoilers through Season 3 Episode 7, along with a theory about the cause of the departure.

This Episode Was a Love Story 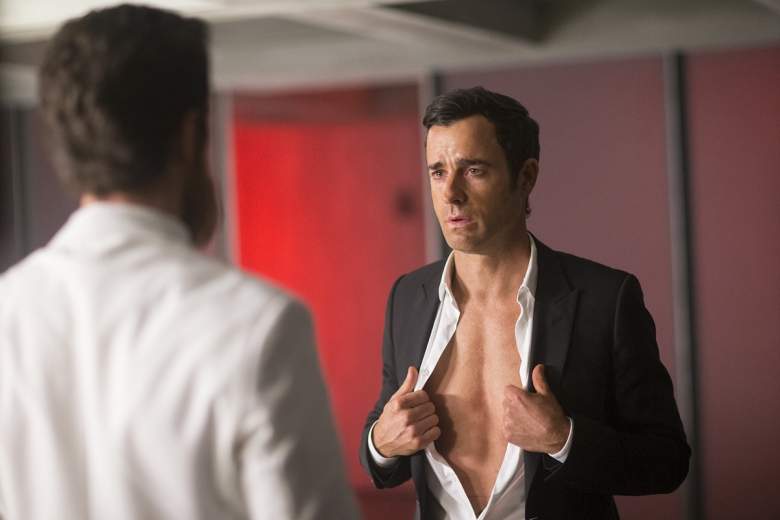 This episode was a beautiful love story, where Kevin finally learned that he doesn’t need to run away anymore. But will it be too late?

There was a lot of symbolism in the episode. Although the two Kevins were battling each other, while one was dressed in white and the other in black, this wasn’t a battle of good vs. evil. It was far more nuanced than that. In many ways, it was a battle of fear vs. love. Fear is what kept Kevin running from Nora. He always gave himself an out. He could always escape to the other side. (And yes, that’s apparently what he was doing when he was suffocating himself: taking short trips to the other side and leaving Nora behind.)

But subconsciously, Kevin regretted distancing himself from Nora. The romance novel that he didn’t remember writing was written by him. It was how he felt at a subconscious level. After reading it, he realized how he was constantly running away. It’s why one side of him wanted the key cut out from under his heart. The key was, literally, the key to his heart. He had to let part of himself die before he would truly be free to be with Nora. And he had to destroy the world he kept escaping to, finally fully committing. Like he told himself: “Cut this thing out of me … So that we never have to come to this place again.”

And now he’s coming back for Nora. (Remember the “Take on Me” song from when he left Nora? The lyrics are more appropriate now. “You’re shying away. I’ll be coming for you anyway.”)

Of course, we also have to be pragmatic here. This doesn’t mean Nora will be ready for him. Kevin wasn’t the only one pulling away and not fully committing. Nora was ready to leave him just for a very distant chance to be with her children again. Just because Kevin destroys his escape doesn’t mean Nora will be ready to do the same. But that’s a risk you take in love. You can’t fully love without being willing to risk it all, and there are no guarantees. It’s a risk Kevin is finally taking. Unless he’s willing to banish the fear that comes with the risk of loving, he can’t fully live. Perhaps this is why he felt he was more “alive” when he was on the other side — until now, he’s let fear hold him back and, thus, hasn’t been truly living.

But the Episode Was Also More Than a Love Story 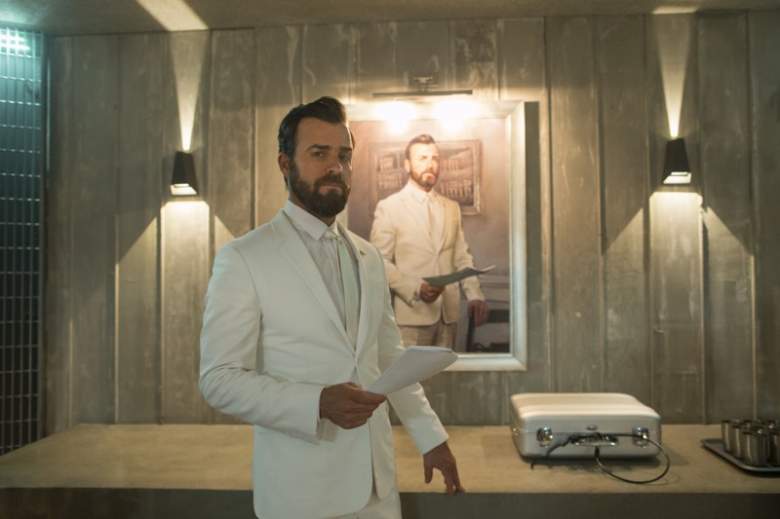 The love story was beautiful, but it wasn’t the only important part of the episode. Some questions were answered and we got many more clues about how this world of The Leftovers works.

First, the afterlife that Kevin was visiting was real. We’ve already seen that Kevin was resurrecting. He was coming back to life from things that could kill him. Even this time, he was in the water long enough for the land to start to flood — that’s long enough for a real drowning. Once again, in this episode, we get more indications that the afterlife was real. He saw the real Christopher Sunday — someone he never met in real life. He also saw David Burton, and David was claiming to be God — just like he claimed to Matt on the boat. There was no way for Kevin Jr. to know this, since he never met David in real life, only in the afterlife. (In case you don’t remember David’s back story, check out this in-depth article on Heavy about it here.) It appears this afterlife was real.

Kevin may have saved the “real” world by sacrificing the afterlife and his own life. Kevin’s dad was looking for Christopher Sunday’s song because he thought it could stop the flood. But Christopher’s song was supposed to bring the rain, which he tried to explain to both Kevins. His song was never going to save anybody. Instead, it’s possible that Kevin’s decision to nuke this afterlife world might have ended up saving the real world. Remember, it appears that the people in this afterlife are experiencing the “opposite” of the real world. Evie, for example, thought her entire family was killed by a drone strike, while she was the one who actually died. If this strange afterlife works “the opposite” of the real world, then it’s possible that nuking everyone there resulted in saving everyone in the real world, since the “flood” stopped in the real world around the same time.

Some viewers believe this afterlife is a purgatory of sorts, where some people go before they can move on. If that’s true, it’s possible that Kevin released these people and saved them in his own way. This could mean that Kevin is continuing in his role of being a Jesus figure, by saving an entire world when he sacrifices his own life.

To give further evidence to the theory that Kevin saved the world by sacrificing himself (and the afterlife), consider the question Nora was asked. If a twin could cure cancer, but only if the other twin died, would she give the OK for killing the twin? In this episode, Kevin was a set of twins. By killing one twin, perhaps the other twin was able to “cure” the flood that was going to destroy the world.

Did Kevin cause the departure? Other viewers have theorized that because time doesn’t work the same way in Kevin’s afterlife, it’s possible that he somehow caused the departure by allowing the nuclear bombs to happen. This is an intriguing theory. Remember, the people who departed left behind a footprint of Low Amplitude Danziger (or Denziger) Radiation. We were also told that this is a type of neutron radiation. Large sources of neutron radiation typically come from particle accelerators or nuclear reactors. In other words, there’s a potential connection between nuclear bombs and the radiation footprint that dissipated behind the people who departed. Perhaps the two worlds are occupying the same space but are slightly out of phase (to borrow a sci-fi term), and nuclear bombs can leak through that separation. (Read more about the LADR footprint in Heavy’s story here.)

The anniversary has happened. It appears the anniversary of the departure has happened. Remember, it was the day of the anniversary when Laurie went scuba diving, and the storm hadn’t hit yet. Now that Kevin’s resurrected, the storm has passed. It appears that anniversary day is over (or, if not over, near the very end with nothing happening yet.) This is likely one reason why Kevin Sr. is on the roof and wondering what to do now. In the season’s opening sequence, another person of faith was on a roof in the past, wondering what to do once the end-of-the-world didn’t happen. However, as explained above, Kevin Sr.’s actions might still have led to saving the world, but he’ll never know for sure. Like Grace thought she was making everything up (even though she wasn’t), Kevin Sr. may never fully realize just how much his faith really did pay off.

This episode was a tale of love and the need to abandon fear to fully live. It was a tale of faith and how a person may never truly see the results of their faith. It was a story of sacrifice — sacrificing your own self for love, for others, for the world. It was confusing and enlightening. And it paved the way for what will likely be an amazing finale. 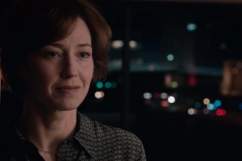 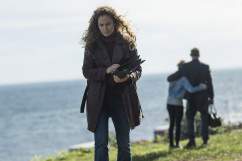 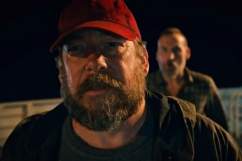