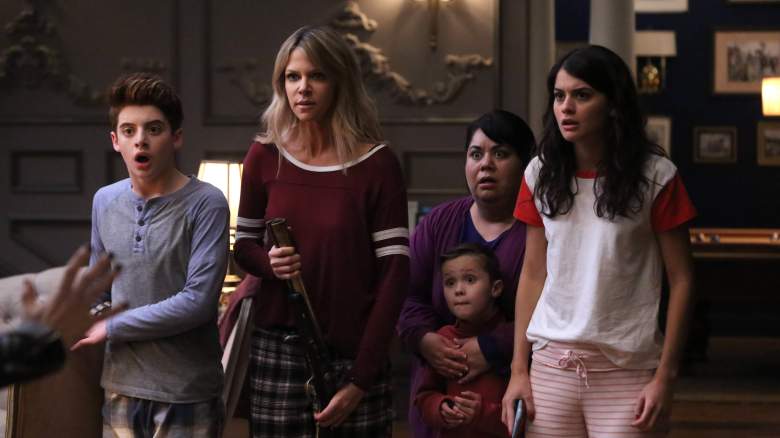 The season one finale of The Mick is called “The Intruder,” in which a pair of intruders try to beak into the mansion. Mickey also has to deal with a case of mistaken identity.

In The Mick, Olson stars as Mackenzie Murphy, a hard-drinking and foul-mouthed woman who gets stuck raising her sister’s three kids after their mother and father are arrested by the FBI for white collar crimes. The three kids – played by Sofia Black D’Elia, Thomas Barbusca and Jack Stanton – are used to a life of luxury, so it’s up to Mick to Mackenzie to teach them how to live in the real world.

Fox showed surprising faith in The Mick, which is so far the only Fox sitcom coming back for next season. (Even New Girl hasn’t been renewed yet.) The Mick was picked up for a second season on February 21, just before the 10th episode aired. Fox also ordered 17 episodes for its first season.

“From the earliest stages of development, all of us at Fox had enormous faith in The Mick, and it hasn’t disappointed,” David Madden, President, Entertainment, Fox Broadcasting Company, said in a statement. “Kaitlin is a fearless comedic force, and the rest of the cast has just proven to be phenomenal. John and Dave Chernin have a very clear vision of what this show is, and they execute on that vision each week to perfection. We really couldn’t be happier with The Mick, and we’re so thrilled to renew the series for a second season.”

While The Mick getting a second season is great news to Olson fans and the show’s viewers, it’s not good for It’s Always Sunny In Philadelphia. In an interview with TVGuide.com, Olson said that her other show’s 13th season might be delayed.

“We ended up pushing our next season a year because we were all busy with separate projects this year,” Olson told the site. “So at the end of this coming shooting season of The Mick I’ll step right into Sunny after that.”

Glenn Howerton is also working on a pilot for NBC, so his participation in Sunny Season 13 is also up in the air.

“There’s a lot of big events that happen that we’re going to have to address at the beginning of next season, and I’m excited to see how we do that,” Olson told TVGuide.com about The Mick‘s season finale. 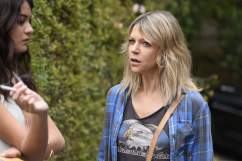 ‘The Mick’ Series Premiere: What Time & Channel Is the New Show on?