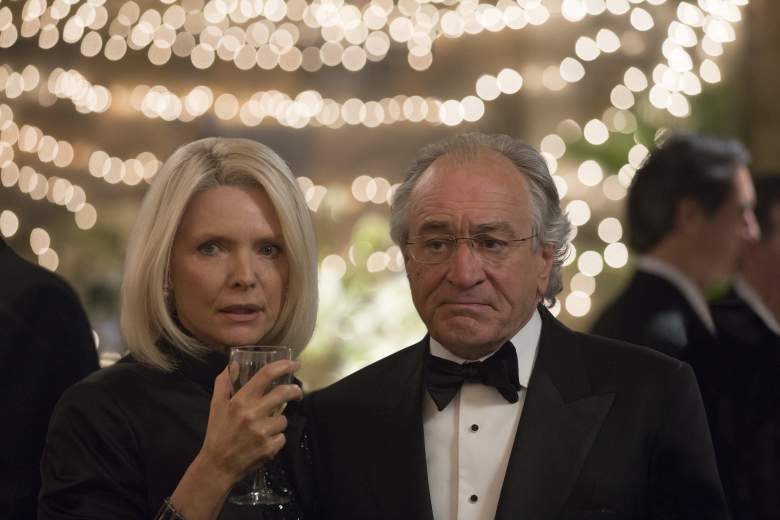 The Bernie Madoff scandal has been dramatized again, this time with Oscar-winning actor Robert De Niro playing the role of the disgraced American investor who concocted an investment scheme that defrauded investors billions of dollars. De Niro plays Madoff in the new original HBO movie The Wizard of Lies. The film, directed by Oscar-winner Barry Levinson (Rain Man, Bugsy), debuts on HBO at 8:00 p.m. ET on Saturday, May 20.

The Wizard of Lies is based on The Wizard of Lies: Bernie Madoff and the Death of Trust by New York Times reporter Diana B. Henriques, who plays herself in the film. It co-stars Michelle Pfeiffer as Madoff’s wife Ruth. Alessandro Nivola (American Hustle) stars as Madoff’s son Mark. Hank Azaria stars as Frank DiPascali, who was one of Madoff’s key conspirators and died of lung cancer before he was sentenced in 2015.

Madoff led Bernard L. Madoff Investment Securities from 1960 until he was arrested in December 2008. The day before he was arrested, Madoff’s sons admitted to authorities that their father told them that the asset management part of the company was a Ponzi scheme. In June 2009, the 79-year-old was sentenced to 150 years in prison after pleading guilty to one count of securities fraud. The Securities Investor Protection Corporation estimates that Madoff investors lost $65 billion in his schemes.

“What he did was beyond my comprehension … I did as best as I could but I don’t understand,” De Niro told television critics in January. “Everybody around him probably had an idea, but they didn’t want to look too deeply.”

As The Wrap notes, Henriques also told critics in January that she thinks Madoff was a sociopath, adding, “It doesn’t explain anything to say he’s a sociopath. I think what you’ll see in Bob’s performance is how plausible con men like this are … how they can seize your imagination and make you believe.”

The Wizard of Lies isn’t the first dramatization of Madoff’s story. In February 2016, ABC aired Madoff, a four-episode miniseries starring Richard Dreyfuss as Madoff and Blythe Danner as Ruth Madoff. It was based on Brian Ross’ The Madoff Chronicles.

De Niro is best known for his Oscar-winning roles in The Godfather Part II and Raging Bull, as well as his long association with director Martin Scorsese. As for Pfeiffer, Lies is part of a comeback for the actress, as she’ll also be seen in Darren Aronofksy’s mother! and Kenneth Branagh’s Murder on the Orient Express this year. She has three Oscar nominations on her resume.

The Wizard of Lies will also be available on HBO NOW, HBO GO and HBO ON DEMAND.

PLOT DESCRIPTION: “In 2008, stockbroker, investment advisor and financier Bernie Madoff made headlines around the world when he was arrested for perpetrating perhaps the largest financial fraud in U.S. history.” 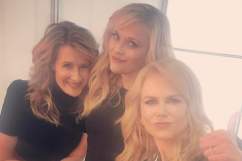