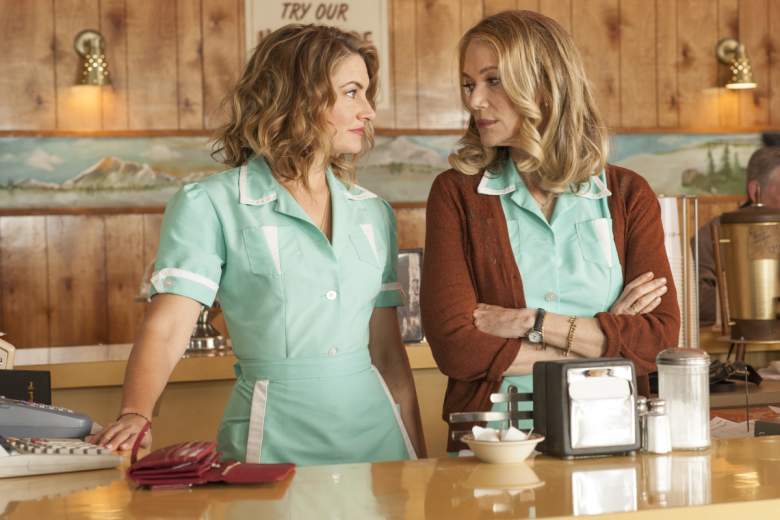 Twin Peaks is returning after a more-than-25-year absence. Laura Palmer told Agent Cooper that she would see him again in 25 years, and she is keeping her word. You can get all the latest news on the cast and see photos and catch up on the characters in Heavy’s story here. But after 25 years, you’re probably also wanting an idea of just how much some of the actors (and their characters) have changed. Here are some “then and now” photos from Twin Peaks’ original season and the actors today.

Even after 25 years, she still looks great.

It looks like a big difference in this photo, but once Leland’s hair turned white, he really doesn’t look that different from how he looks today.

Bobby still looks distinguished and dangerous. It will be interesting to see how the years have changed him.

This picture that you may have seen circulating the Internet isn’t really accurate.

In fact, Madchen Amick still looks great, but she’s aged more than this photo shows. She stars in Riverdale as Betty’s mom. Here she is today:

We’ve heard that Annie isn’t returning, so is there a chance that Audrey will capture Dale Cooper’s heart? Of course, Bob might be a problem.

Sherilynn Fenn as Audrey Horne then:

@duddyinmotion @alexislegend @FreddyInSpace Not watching but Sherilyn Fenn. Oh my gosh. I will still follow that woman to the ends of the earth. ??? pic.twitter.com/iw09OsrtD2

If you watch Portlandia, you know that Kyle MacLachlan hasn’t changed that much since his Dale Cooper days. Here he is on Twin Peaks:

And here he is today:

Standing w/ @DAVID_LYNCH before last nights screening of the 2-hour premiere of #TwinPeaks. Get ready for Sunday night! 9pm/8c on @Showtime pic.twitter.com/6SDoAhramN

David Duchovny’s back, still rocking that dress. Here he is then and now:

Are they still together? Who’s their kid, now all grown up?

Andy Brennan is too nice to Lucy. BOB needs to infect him and put a little Black Lodge in his life. #TwinPeaksSundays pic.twitter.com/YDn8zJDLw7

Here they are today:

A definitive ranking of all 51,201 residents of Twin Peaks

Here he is today:

Sarah Palmer’s trademark red hair is now grey, but now she’s poised and confident. It will be interesting to see her role this time around.

Here she is today:

Another nice photo, of her in character:

Laura Palmer’s photo haunted us all through the original series:

Are you ready for the premiere?