Vaneza Ines Vasquez, the cousin of actress Rosario Dawson, has passed away. She was 26 years old. According to TMZ, Vasquez was found last Thursday in her home in Venice, California, where she was apparently unresponsive.

Learn more about Vasquez, her life, and her relationship with Dawson with these five fast facts.

1. She Worked With Dawson

As an actress Dawson has worked in Hollywood for the better part of two decades. Arriving on the scene with the cult classic Kids in 1995, she has become one of the busiest actresses currently active, with films like Sin City (2005), Clerks II (2006), Seven Pounds (2008), and Top Five (2014). More recently, however, Dawson has found success on the small screen, appearing in the Netflix original shows Daredevil and Luke Cage. In both, she plays Dr. Claire Temple.

The latter shows take on an additional importance in the wake of Vasquez’s tragic passing, as she served as Dawson’s assistant on these shows. And while she wasn’t credited in the main crew list, her presence served as a great source of comfort for Dawson, who’s been vocal in the importance she puts on family over the years.

According to law enforcement, Dawson visited Vasquez’s home on May 11th, where she walked downstairs and discovered her cousin lying unresponsive on the floor. Dawson immediately called 911 and the paramedics arrived soon after in an attempt to revive her.

Vazquez was rushed to the nearest hospital, but sadly, it was too late, and she was pronounced dead on the scene.

3. She Kept Her Personal Life Private

While little is know about Vasquez’s personal life– her Instagram account is set to private– it’s clear that she will be missed greatly by her family and friends. Her uncle, Orlando Centeno Jr. posted a message on Facebook that went: “10/22/1990 – 5/11/2017? (Still living in our hearts) my baby girl, my first daughter of a kind. I am the father I am today because you first taught me how to be one! Then came your sisters, my angel crew. I know what it’s like to Father sons (and) daughters – I love you forever, Queen Bee. So, so hard.”

Her mother Lisa additionally wrote, “Vaneza, my sweet, sweet beautiful baby – your passing has left me destroyed forever but I know you are at peace in Paradise. I love you, my alpha child.”

4. The Cause of Death Is Still Unknown

Toxicology reports are still pending, according to Earn The Necklace, but sources report that Vasquez had no history of substance abuse, so drugs may be ruled out as a potential cause of death.TMZ claims that they were told that Vasquez’s “early autopsy reports point to her dying from natural causes. That being said, her death has yet to be sealed with an official ruling.

5. Fans Have Been Supportive On Social Media

Despite her relatively lowkey presence in the public eye, especially in comparison to Dawson, Vasquez’s death has led to an outpouring of support and prayers from fans on social media. “Our prayers are with Rosario Dawson and her family,” wrote Latina Magazine on Facebook, while the organization The Grio sent out a message that went: “Our prayers go out to the family and friends of Vanez Ines Vasquez.”

Francisco Gomez, a close friend of Vazquez, added: ‘It’s still not registering that you’re gone. The world has lost a truly beautiful person.” 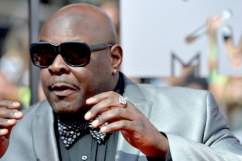