Adam West, like his screen counterpart Batman, was a ladies’ man. This resulted in three different marriages over the course of his lifetime, which sadly came to an end on June 9th at the age of 88. According to The Hollywood Reporter, West died after a brief battle with leukemia.

West’s wife at the time of his death was Marcelle Tagand Lear, whom he married in 1970. At four plus decades, it was by far the actor’s longest relationship. Read on to learn about Lear, her life before meeting West, and their marriage. 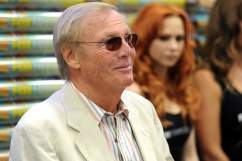 Adam West Cause of Death: How Did Batman Star Die?

1. She Met West During the Filming of Batman

A photo of their wedding from West’s 1994 book ‘Back to the Batcave.’

Lear actually met West through her first husband, airplane heir John Lear. During production of the Batman film in 1966, the studio needed a sophisticated jet to appear as the “Bat Jet” during an action scene. Lear was brought in to provide the machinery, and West returned the favor by appearing as Batman at a promotional event, where he posed for publicity shots with the airplane heir.

It was here that Lear first met her future husband. According to People, the caped crusader immediately caught her eye, though initially, it was due to the silliness of his costume: “I saw Adam in costume and thought, ‘This is very strange. But when he removed the mask, I saw a very attractive man with a good sense of humor.” Lear divorced her husband shortly afterwards, and she and West were married in 1970. 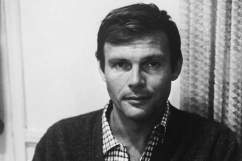 2. She Helped West Overcome His Alcoholism

After the cancellation of the Batman series in 1968, West found it difficult to sustain his career. “I went to cattle calls for two or three years. I went out and did dinner theatre, regional theatre, any role that came along,” he said in a 2014 interview with Express, “I’d read a script and say ‘this is terrible’ but did it just to keep working. I resented it.” Come the 1970s, West’s career had officially bottomed out, as he was coasting on the fumes of his Batman fame and fueling a penchant for alcoholism that ran in his family.

“I was doing things I wasn’t very comfortable doing,” he admitted “I became very self-destructive. That came from being disillusioned and frustrated. I was bitter when I realized Batman had caused me to lose a lot of roles afterwards.” West was eventually pulled out of this low point when he married Lear, as she encouraged him to sober up.

According to Senior City Local, West credited Lear as the main reason he stayed clean and had as successful a career as he did. When asked why she was so special to him, West joked that it was “because she is not understanding – I can’t get away with anything!” 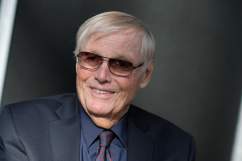 3. They Have an Estimated Net Worth of $30 Million

Due in no small part to Lear’s support, West’s rejuvenated career led to more success than ever before. According to Celebrity Net Worth, the couple have an estimated net worth of $30 million. This includes numerous film appearances and two books, Climbing the Walls (1984) and Back to the Batcave (1994). 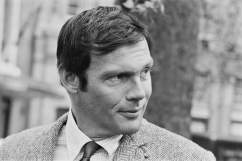 4. They Reside in Ketchum, Idaho

Lear and West moved to Ketchum, Idaho in the 1990s. According to Senior City Local, the couple made the move from to the small town so that they could focus on their hobbies and personal interests. This didn’t mean that Lear had quite when it came to pushing her husband, however. An article by Whitman College in 2006 revealed that she was pushing West to pursue an artistic outlet he had always shied away from: painting.

“West maintains he’s not a serious painter,” the article explains, “even when his wife, Marcelle Tagand Lear, insists that he is.”

The [only] serious part of my work,” says West, “Is that I paint what I dream. Seriously.” Still, that didn’t stop the couple from hosting a temporary art exhibit in Ketchum in 2016. As for the subjects of West’s paintings? Batman, of course. “My paintings capture the humor, zaniness and depth of the Batman villains as well as the Freudian motivations of Batman as an all-too-human, venerable and funny vigilante superhero,” he told Vulture. 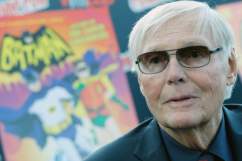 5. They Have 2 Children Together

Lear and West had two children together during their marriage, Nina West (born 1976) and Perrin West (born 1979). The former is the chief marketing officer for High Wide & Handsome, an advertising agency in California. Nina also collaborated with her filmmaker husband James Tooley on the 2014 documentary Starring Adam West, which followed her father’s journey to get a star on the Hollywood Walk of Fame. Watch the trailer for it below.

Both Lear and West have children through other marriages as well. Lear had a pair daughters with her ex-husband, Moya Tagand Lear and Jill Tagand Lear, while West had two children, Jonelle S. Anderson and Hunter Anderson, with his ex-wife Nga Frisbie Dawson. Jonelle has also a career in show business, though unlike her father, it has mostly been behind the camera. She’s been an executive producer on films like The Italian Job (2003) and Flicka (2006).

CORRECTION: The article incorrectly stated that Marcelle Tagand Lear was previously married to Bill Lear, when in fact she was married to Bill’s son, John Lear. 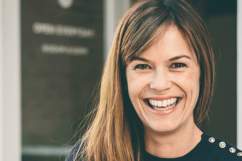