In History Channel’s reality series, Alone, seven pairs of family members are separated in a remote region of British Columbia and must navigate the brutal wilderness in the hopes of finding one another.

Each participating is equipped with only a small backpack and minimal camera gear to record their experience. They can split 10 tools between them, and once they ultimately find each other, they must create food, shelters, and overcame the wilderness as a pair.

According to the History Channel’s website, there is no camera crew and no gimmicks. Each participating is on their own, and the last team standing “wins”.

Read on to learn more about the cast and family members making up this season. 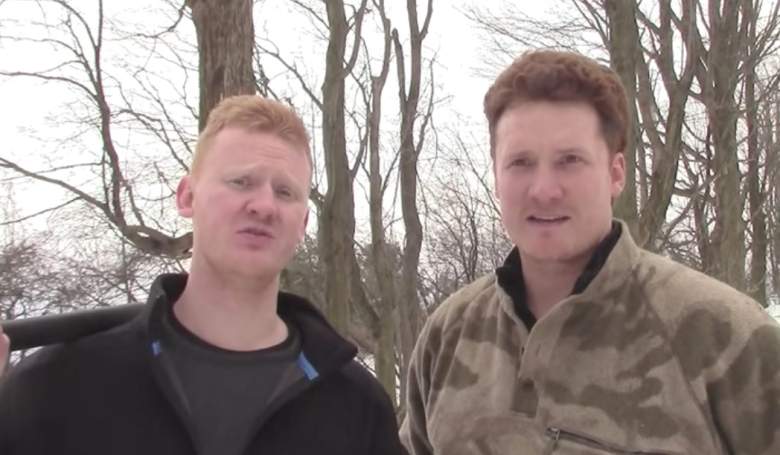 , who has led several whitewater trips over the course of his life. Jim is the first person ever on record to complete a self-propelled trek across the northern Ungava Peninsula in winter– 230 miles.

Ted, Jim’s brother, is a 32-year-old adventure videographer. As a young boy, he and Jim spent a great deal of time at their family’s bush cabin. Over time, he’s canoed thousands of miles with his brother. One of their trips was a 400-mile expedition across Quebec and Labrador.

Jesse, 31, is a retired green beret and was raised in Central Maine. He joined the military shortly after 9/11, and spent over nine years as part of the US Army. During his time in the army, Jesse was deployed to both Operations Iraqi and Enduring Freedom. These days, he’s earning his biomedical engineering degree, and hopes to improve prosthetics for wounded veterans.

Shannon Bosdell, 44, is a fisherman who moved to Alaska at a young age. In Wrangell, a small island in southeast Alaska, he works as a commercial fisherman. Shannon and his family live a “subsistence lifestyle”, and provide for themselves by hunting and fishing.

Sam Brockdorff, 26, is an environmental scientist who works as a layout foreman for a restoration company. Like his brother, Sam spent a lot of his time with his father as a boy, who taught him how to build rafts and wrestle snapping turgles.

Alex Ribar grew up on a lake in Maine, where he learned how to hunt and fish. In 1992, Alex joined the marines, and served in the Gulf War. After leaving the Marines, Alex became a foreman and supervisor for a bridge and marine construction company, as well as a propane, natural gas, and oil technician. Alex is a father of two children: a daughter, Joslyn, and a son, Logan.

Logan Ribar is 19-years-old, and will be joining his father in the wilderness this season on Alone. Logan has always wanted to live amongst the wilderness, and has learned a lot from camping with his father, Alex, who he believes is his role model. He hopes to become a traveling wilderness guide one day.

Brad Richardson is a 23-year-old Blacksmith from Illinois, and runs a blacksmithing company with his siblings. When he isn’t spending time in the wilderness, strengthening his primitive skills, he enjoys filming educational bushcraft and survival videos.

Josh Richardson is 19, and has been camping and exploring the outdoors since he was a young boy. Over time, he and his brother have decided to live off the land as their forefathers did, and have used only primitive shelters as homes.

Dave Whipple, 40, is a builder and has spent most of his adult life living in Alaska. He’s been married to his wife, Brooke, for 18 years, and has built three homesteads in Alaska. Dave, Brooke, and the couple’s two children live a desolate life. In the words of the History Channel, Dave enjoys talking about philosophy over bushcraft skills. When he isn’t working as a freelance cement finisher, he works as a guitar dealer. Dave has been working as a musician for most of his entire life and sings in a 3-piece rock band called The Atomic Honkies.

Brooke is Dave’s wife, and grew up in rural Michigan, hunting, fishing, and trapping. Brooke’s first job was working at Yellowstone National Park, and she eventually worked as a woodland firefighter in Montana. Brooke has earned her bachelor’s degree in Outdoor/Adventure Recreation Management and is an award-winning author, filmmaker, and baker.

Andrew is an Industrial Project Manager from Los Angeles, and harvested his first deer at age 8. He’s been hunting most of his life, and has a profound interest in primitive skills and wilderness survival.

Chris Wilkes, 44, is a psychotherapist and attended college in Mississippi. His desire to develop wilderness skills started after witnessing the effects of natural desires on a homeless tent camp ministry. In his spare time, Chris practices his survival skills in the pine forest of Southern Mississippi. 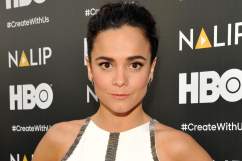 ‘Queen of the South’ Season 2: Meet the Cast