Austin Jones is a singer, songwriter, and YouTube star. According to the Chicago Sun-Times, however, he is now under arrest on federal charges and two counts of child pornography in the state of Illinois. Federal police report that Jones pressured a 14 year-old girl into sending him sexually explicit videos to “prove” she was his biggest fan.

This is not the first time Jones, 24, has faced allegations involving children and inappropriate videos. To learn more about the singer, his personal life, and his details surrounding his arrest, here are five fast facts you need to know.

Jones has been releasing music since 2007. His cover of the Rihanna single “Stay” (watch above) in 2013 brought him to the attention of YouTube listeners, and he parlayed this exposure into large social media followings– particularly on YouTube and Vine.You can watch one of his Vine compilations below.

He also released an EP titled We’ll Fall Together in 2014, which debuted at #12 on the iTunes pop chart, and a full album titled Pitch Imperfect two years later.

Despite this initial burst of success, Jones’ squeaky-clean image didn’t last long, as allegations of his soliciting his younger fans for inappropriate videos became to surface. The earliest example of this is an article on the site PupFresh in 2015, which claimed that Jones asked “underage girls to twerk for him.”

The article was accompanied with alleged testimony from some of Jones’ fans, who provide detailed accounts of their experiences with the singer. One of these accounts, written by a girl named Ashley, was written in NotePad, a feature available on iPhones, and is timestamped May 10th. Ashley claims that Jones was 22 or 23 at the time, and though she was only 13, he asked her to twerk in “short shorts and a tank top.” To read her full account, click here.

As the allegations involving his fans increased, Jones released a lengthy statement on his Facebook page. He admitted to asking some of his fans to send him twerking videos, but adamantly denied there being anything else. “Nothing EVER went beyond that,” he wrote. You can read his full statement (which is no longer accessible on his Facebook) below:

To my friends, fans and family,

I wanted to explain why I’ve been off of social media and have taken a break from my music.

I’ve been in therapy, seeking help to discover why I communicated with my fans in a way that I have come to fully realize was not appropriate.

I’m embarrassed. I’d have conversations online with girls that would involve me asking them to create a video of themselves twerking. Sometimes I’d make videos of myself doing some twerk moves in return.

Here’s the truth: I NEVER asked them to do anything more than send a twerking video. Nothing EVER went beyond that.

Jones went on to acknowledge how “odd” the whole situation sounded, but again promised that he never meant to offend or hurt anyone in the process. He also thanks his friends, family, and those who were supportive of him during this time.

What was I thinking? That’s the question I know most of you want to know and, quite frankly, I want to know too. I have decided to take this time to reflect and to discover how to grow from this and become a better person. I owe that to my family, my friends, my fans, but most importantly to me.

We as people are not made stronger from our successes, but by the journey we take through mistakes and misfortunes back to the top of the mountain.

And that is where I intend to be at the end of this. At the top of the mountain with a stronger sense of those who support me, a greater sense of self and a greater connection to my fans.

To those who have and will continue to support me, please know I never meant to let you down and I am doing everything I can–with the help of my family and friends–to pick myself back up and be a better person.

Thanks for believing in me. Please be good to each other and we’ll see each other soon.

3. There Was a Petition to Kick Him Off the 2015 Vans Warped Tour

In spite of Jones’ apology, a petition was started online to kick him off the Vans Warped Tour in 2015. It was set up on the website Change.org, and came with a statement explaining the reasons he should be booted:

As most of you know, Front Porch Step was removed from Warped Tour for asking for nudes from underage girls. Well, now we have another celebrity who girls from ages 12-18+ idolize. Austin Jones is now taking advantage of his fame. On numerous accounts, he has pressured girls as young as 13 into sending him videos of them twerking. As a 15 year old girl, I find this disgusting. I feel that Austin Jones should be taken off Warped Tour just as Jake McElfresh was.

These kind of actions are NOT okay and should not be taken lightly. As a future Warped Tour attendee, I would be very uncomfortable knowing someone as disgusting as him would be on Warped Tour in the same venue as a bunch of under age girls. Please take him off Warped. This is not the kind of publicity Warped should be promoting. Thank you.

This wasn’t the first time something like this had been attempted. In fact, Jake McElfresh, aka musical act Front Porch Step, faced a similar situation the same year, when rumors of him sexting underage girls surfaced online. A petition was started to remove him from the Vans Warped Tour, and the petition goal of 13,000 supporters was met. To hear McElfresh’s side of the story, click here.

The petition for Jones had a goal of 10,000 supporters. As can be seen on the current page of the site, however, the petition ended up with 9,096 supporters– 994 shy of achieving its goal. Jones was subsequently allowed to finish the tour.

@deefizzy he didn't even seem bothered by my age he just laughed pic.twitter.com/LpLgXguxo7

Several young girls have since come forward to allegedly offer proof that Jones was making advances toward them. Twitter user Brianna Lynn posted a text conversation with the caption “he didn’t even seem bothered by my age he just laughed.”

The conversation alludes to something the couple did, with one text reading “we shouldn’t have done what we did.” Jones’ response: “It was just for fun. Don’t worry about itt (sic).” Read the alleged conversation above.

Others who have come forth with information about Jones include Twitter user Emma, who, along with screenshots of their conversation, claimed that Jones asked her to send a video of her twerking. “I was like 13,” she wrote in the caption. There is even a video circulating the internet where Jones instructs these young girls on how to “properly” twerk. Watch it here.

There are also screenshots of a conversation between Jones and a fan named Lauren, where the singer allegedly said the following: “I was actually having a really down night. So I asked fans to message me to maybe cheer me up. And out of all the fans, I decided to talk to you. And now these videos are actually cheering me up and making me happy. Can you please make more??” Click here to read the full conversation.

5. He Faces a Minimum of 15 Years in Prison if Convicted

The Chicago Sun-Times reports that if convicted, Jones will face a minimum of 15 years in prison. His bond bearing is scheduled for this Wednesday, and federal prosecutors are reportedly eager to get the hearing over as soon as possible, as they feel Jones is a “risk to the community” and said that there’s a danger he will flee if given the chance.

You can look over the court documents below, where it is said that Jones is officially charged with two counts of “Production of Child Pornography.”

Jones was arrested Monday night at the O’Hara Airport, according to the Chicago Sun-Times. A magistrate judge informed Jones that he will have to pay for his own defense lawyer in the case. There will be more details as the story develops. 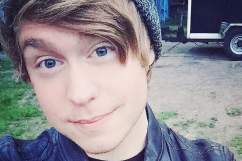 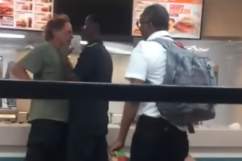