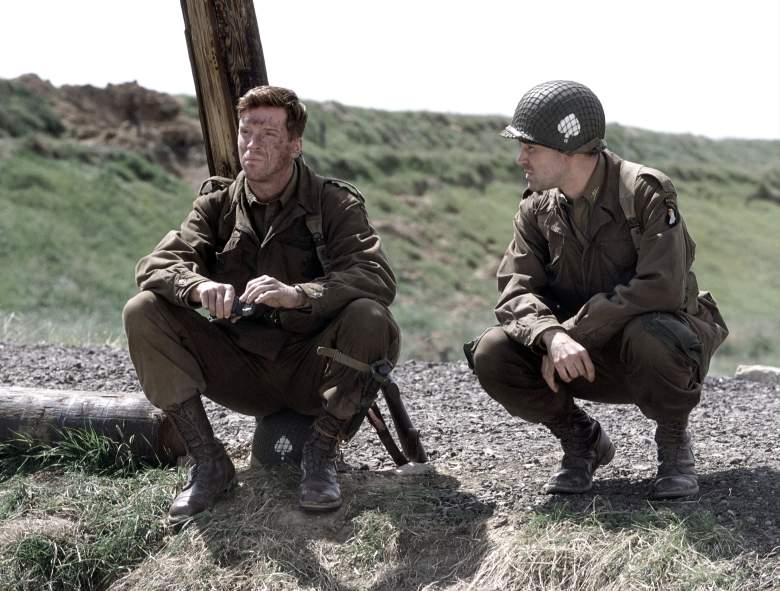 In the early morning hours of June 6, 1944 thousands upon thousands of Allied soldiers stormed the beaches of Normandy in France. Operation Overlord, the all-encompassing name of the invasion that included assaults from both the air and the sea, would prove to be a major turning point in World War II and has since been labeled, “a day that would live in infamy.”

One of the units that participated in the invasion was the 101st Airborne Division. Easy Company, a unit comprised of paratroopers, dropped into France early on in the invasion with the intention of clearing the way for Allied forces to escape the beach after landing. Easy Company’s story would later be told in Band of Brothers, an extensive and thoroughly researched account of the unit by Dr. Stephen Ambrose. 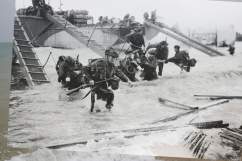 Less than a decade after the book was published, Easy Company’s story and it’s heroic members were portrayed by the likes of Damian Lewis, Ron Livingston, Donnie Wahlberg and more in HBO’s mini-series Band of Brothers. The 2001 miniseries followed in the footsteps of Saving Private Ryan and coupled with the film, went on to show one of the more brutal and harrowing depictions of the D-Day invasion.

Here’s what you need to know about Easy Company and the book and movie that depicted them.

1. Easy Company Was a Unit of Paratroopers Formed in 1942 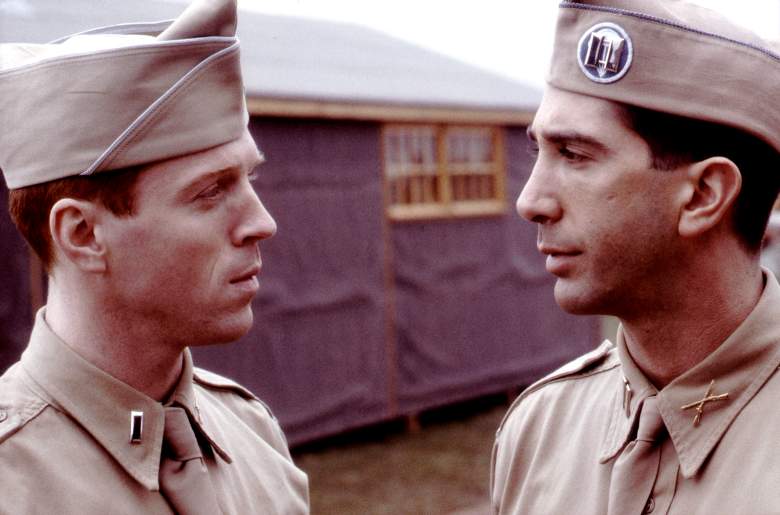 The 2nd Battalion of the 506th Infantry Regiment of the 101st Airborne Division was formed in July of 1942 at Camp Toccoa in Georgia. Nicknamed “the Screaming Eagles,” the unit consisted of 140 men and seven officers. One of those men was Richard Winters, who would eventually become Major Richard Winters.

In Beyond Band of Brothers: The War Memoirs of Major Dick Winters, Winters described Easy Company as a company  that “included three rifle platoons and a headquarters section. Each platoon contained three twelve-man rifle squads and a six-man mortar team squad. Easy also had one machine gun attached to each of its rifle squads, and a 60mm mortar in each mortar team.”

Easy Company was trained and groomed to be dropped into a hostile territory via C-47 transport planes. They fought under the banner “Currahee,” which was the name of a mountain close to Camp Toccoa that they used for training. During World War II, Easy Company was led by Lt. Col. Herbert Sobel, Lt. Col. Ronald Speirs, Lt. Col. Norman Sink, 1st Lt. Frederick Heyliger and Winters.

In April 2014, the 506th was deemed inactive by the U.S. military, although the name “Band of Brothers” would live on, just attached to a different unit. 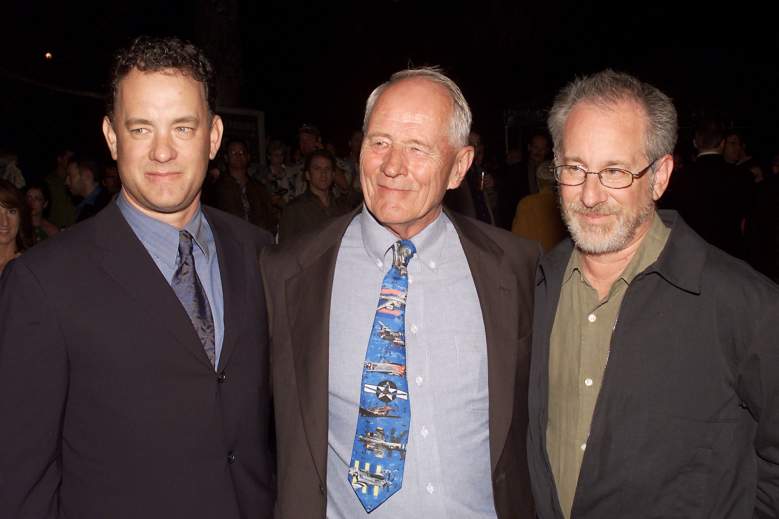 Dr. Stephen Ambrose attended an Easy Company reunion in New Orleans in 1988 with the goal of recording the tales of those in attendance; tales about Easy Company’s involvement on D-Day. The recordings were to be used for an oral history Ambrose was working for the Eisenhower Center at the University of New Orleans. Ambrose left the reunion compelled to do more than the oral history however.

The result was Band of Brothers: E Company, 506th Regiment, 101st Airborne from Normandy to Hitler’s Eagle’s Nest, published in 1992. The book, one of 30 Ambrose wrote, would go on to become a New York Times bestseller.

The book was a collaboration of sorts between Ambrose and the surviving members of Easy Company. Ambrose conducted countless interviews and as he wrote drafts, he passed those on to Easy Company’s members. The members would then provide Ambrose with suggestions and/or possible corrections. Ambrose said that the end result was “as close to the true story of Easy Company as possible.”

3. Band of Brothers Was the Most Expensive Mini-Series Ever Produced at the Time

Almost a decade after it was published, Ambrose’s book was turned into a mini-series by HBO. Produced by Tom Hanks and Steven Spielberg and assisted by Ambrose himself, Band of Brothers premiered on HBO on Sept 9, 2001, two days before the attacks of September 11th. It ran ten episodes, wrapping up on November 4th.

Hanks, with the help of fellow producer Erik Jendresen, spent months developing the project. Spielberg added input as they went along, drawing on his experience with his film Saving Private Ryan, using the film as a point of reference. Ambrose, as well as surviving members of Easy Company, were consulted for accuracy. Surviving members of Easy Company appeared in the mini-series, not being named until the series’ final episode.

At a cost of $125 million, Band of Brothers was the most expensive mini-series ever produced. It would later be surpassed by The Pacific, another HBO mini-series produced by Hanks and Spielberg.

The New York Times said that the mini-series “balances the ideal of heroism with the violence and terror of battle, reflecting what is both civilized and savage about war.” It would win seven Emmy Awards, the Golden Globe for Best Miniseries or Motion Picture Made for Television and a Peabody Award for “relying on both history and memory to create a new tribute to those who fought.

4. The Mini-Series Depicted D-Day in Their Second Episode

Band of Brothers tackled Easy Company’s role in D-Day in the mini-series’ second episode, “Day of Days.” The episode was directed by Richard Loncraine and was written by Ambrose and John Orloff. 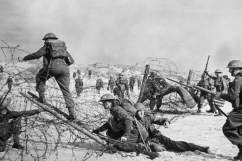 The majority of the episode follows Lewis’ Winters, as he navigates the invasion. In both the episode and in real life, Easy Company’s commander was killed when his plane was shot down. Winters assumed control of Easy Company when they landed. Due to planes taking heavy fire, members of Easy Company were scattered and many missed their drop zones.

5. Members of Easy Company Were Among the First Allied Troops to Land in Normandy on D-Day 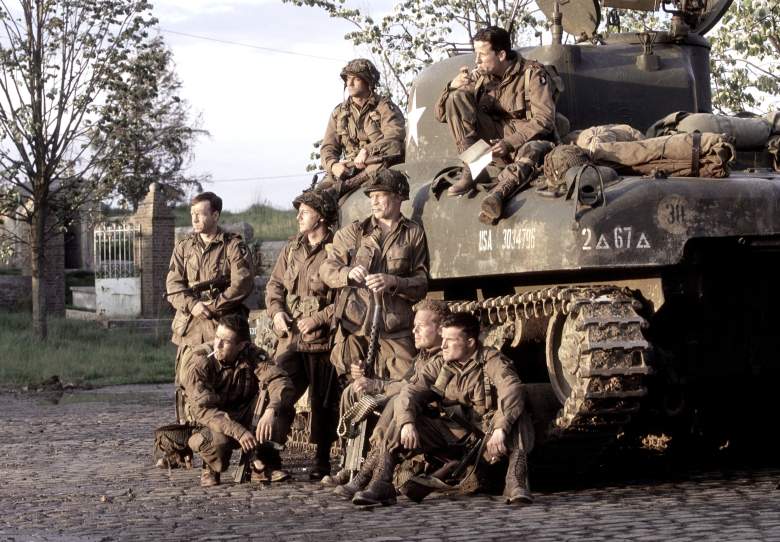 Easy Company’s objection in Operation Overlord was to capture and secure exit and entry points at “Causeway 2.” “Causeway 2” was the pre-determined route for Allied Forces to use when departing Utah Beach once they were successfully on land. Easy Company were part of the early stages of the invasion, leaving Devon, England and dropping into Normandy in the early morning hours of June 6th. 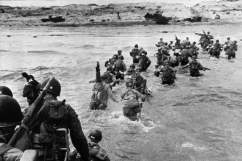 D-Day 2017 Quotes About the WW2 Operation

Upon their feet hitting the ground, Winters was quick to assemble a small squad of 22 men, men from 4 different units. Their they set out to destroy four German 105mm guns and capture the German troops manning the guns, which they did in an assault that would become known as The Brecourt Manor Assault. The assault would become a point of reference going forward and portrayed as a perfect example of small-unit tactics, leadership under duress and defeating a large force with a small unit.

The men of Easy Company, once they re-grouped and now under the command of Winters, would go on to fight in the Battle of Carentan only four days later.

Read More
D-Day, HBO, Tom Hanks, World War II
The story of Easy Company lives on in a book and a HBO mini-series. Here is what you need to know about all three.