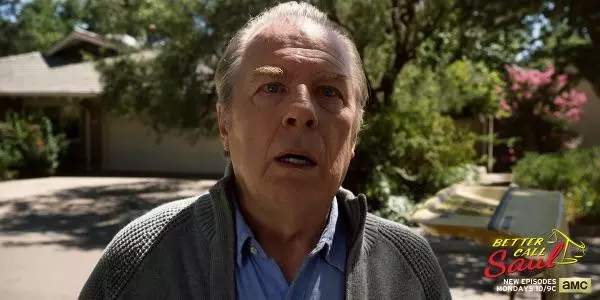 The Better Call Saul finale was phenomenal, but fans were left with a lot of unanswered questions about the way the episode ended. What exactly happened to Chuck at the very end of the episode? This post has spoilers through the finale.

Did Chuck die in the finale? Did he try to commit suicide?

We don’t know for certain and won’t know until Season 4 airs. But there certainly was a hint left for viewers after the episode ended. A message about the National Suicide Hotline appeared on the screen, lending some viewers to believe that Chuck was attempting to commit suicide as he sat in the chair, banging his feet against the table until the lantern fell over and caught fire in the house,

It’s certainly possible. Chuck was at the breaking point and completely regressed. He lost every person who had supported him. He was terrible to Howard and told Jimmy that he had never really cared about him. Then he completely regressed and became even worse than he was before.

It’s possible that by the end of the episode, Chuck was practically catatonic from his mental illness and all he could do was hit the table with his feet. But it’s unclear if he was purposefully trying to kill himself or if it was the only movement he could still do. Michael McKean said in Talking Saul that he wasn’t sure if it was purposeful and might depend on what type of pills Chuck was taking.

During Talking Saul, it was not revealed if Chuck had died or not during the finale. So all we can do at this point is speculate. A number of things could happen. Chuck could die in the fire. He could come out OK but lose everything. Or he could be severely injured, leaving Jimmy as his permanent guardian.

What do you think happened to Chuck in the finale? Let us know in the comments below.