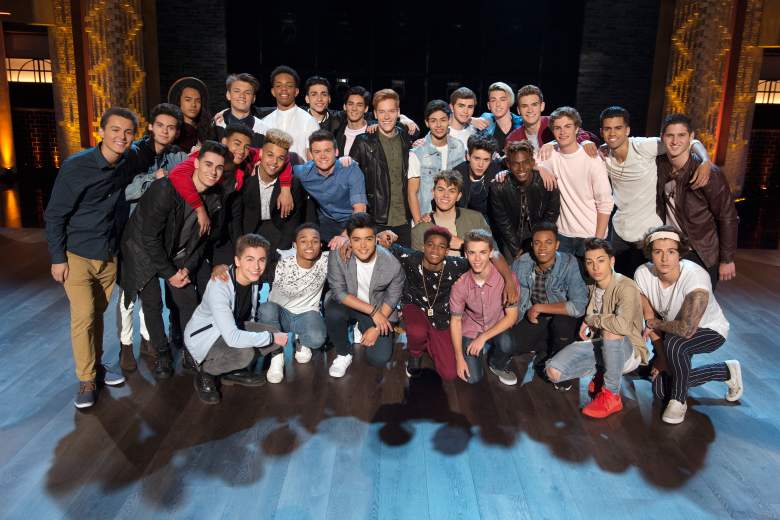 Nick Carter, Timbaland and Emma Bunton are designing the next big Boy Band on the new ABC reality competition show. Rita Ora is hosting the competition and there are 30 hopefuls vying for a chance to be a part of a boy band and get a recording contract. On tonight’s premiere, 18 of the contestants will make it through and we will continue to update this post live for the results. Below is a list of the contestants, who are pictured above.

Now let’s get into the details on each contestant in our live recap of the premiere.

Chance Perez is an Emergency Technician, with a toddler who was not planned, but who he makes the center of his world. Her name is Brooklyn and he hopes to change his life for his daughter, as a teen father. For his audition, he performed the song “Somebody to Love” by Queen. Judge Emma Bunton loved his look and Nick Carter said that he thinks the singer has more to him.

Andrew Bloom was up next and he performed a little country, singing Chris Stapleton’s song “Tennessee Whiskey”. Bloom also played the guitar for his performance. Judge Timbaland told Bloom that he commands the stage and Bloom revealed that he is a seasoned performer, having gigs 4-5 times a week in bars and restaurants.

Next up was Matthew Dean, and his mother Caroline was in a group called The Cover Girls. His father Dino was a recording artist as well, and Dean’s parents actually met on tour with the New Kids On the Block. So, being part of a boy band could definitely be a possibility for Dean. Dean says he’s hard-working and wants to make it on his own. He performed the song “Beautiful Soul” by Jesse McCartney for his audition on the show. Emma Bunton said that Dean had potential, but he was a little pitchy.

Michael Conor and Cam Jackson wowed the judges with their skills and Timbaland was especially taken with Jackson. Zack Taylor made a big impression on Emma Bunton and beatboxer J Hype struggled with his vocals when he performed, but his beatboxing skills were on-point. J Hype is only 14 years old but he has one of the lowest speaking voices in the cast.

Marcus Pendleton was up next and he hails from Nashville. He wants to perform all genres of music. Pendleton says he’s the father figure in his family, surrounded by his mother and brothers. Taking it back, old school style, Pendleton performed the song “My Girl” by The Temptations. One concern judge Emma Bunton had was the strain on Pendleton’s voice, while Nick Carter disagreed.

Miles Wesley was next to perform. He’s a tattooed, 19-year-old, who “left everything behind” to live in Hollywood and at first, he was homeless. He then got a job in a recording studio and finally has an apartment, which is practically empty. He performed the song “Say You Won’t Let Go” for his premiere audition. Judge Bunton was very into Wesley, as almost a boy band bad boy.

Brady Tutton performed “On Bended Knee” and then shocked the judges with some singing in Italian. And, the performer who followed was Jon Klaasen, who sang “Wonderwall” by Oasis. The judges said they felt his emotion in his performance. Up next was Mikey Jimenez and judge Timbaland said he looked like a superstar. Devin Hayes then took the stage and judge Emma Bunton requested that Hayes serenade host Rita Ora. Hayes, 17, definitely delivered. 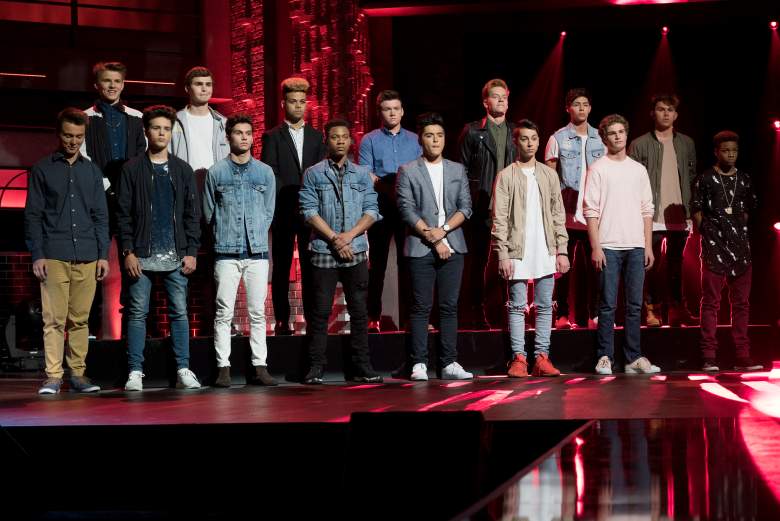 Drew Ramos, who hails from the Bronx, says he’s definitely a mama’s boy and he wants to help his mother by being a successful music artist. For his audition, he sang Sam Smith’s “Stay With Me.” Though Ramos was nervous, he executed his performance very well.

Andrew Butcher was up next, singing “Story of My Life” by One Direction, and the judges felt Butcher had a unique tone to his voice, as well as a “soulful range”.

Soon, a 15-year-old named Lukas James took the stage and Bunton thought he was “cute as a button,” while Nick Carter thought he had room to grow. Then, rapper Paul Toweh wowed the judges, while a guy named Stone Martin did decently in his audition. Gavin Becker did well also.

Sergio Calderon hails from a Mexican family and says he comes from a hard-working upbringing. Calderon has created a YouTube channel and quit soccer to pursue music. Performing on the show tonight, he sang the song “Stand By Me,” singing part of the song in Spanish. He worked the stage and even high-fived some of the other contestants, who were watching the performance. The judges loved it and even host Rita Ora gushed over Calderon.

Next up was Cameron Armstrong, who sang Bruno Mars’ song “Treasure” and he started off by sitting down for the performance. Towards the end of his set, Armstrong then put in a little rap session that surprised and impressed the judges. Emma Bunton and Rita Ora couldn’t help themselves, gushing over Armstrong’s arm muscles. Armstrong was equally excited to have Ora and Bunton grabbing his arms.

Santino Cardinale performed, but his set wasn’t as impressive as some, while his young brother Gianni also took the stage as well. The auditions continued, with more and more contestants stunning the judges, while others failed to impress the judges. Last up, was Jaden Gray, who says religion is huge in his life. Gray performs in his church’s choir and says he’s been singing since he was just 6 years old. For his set, he performed “Hallelujah” by Leonard Cohen and he brought soul as well as passion to his performance, which made judge Timbaland jump out of his chair.

Now that the vocals were out of the way, the judges had to see if the contestants could dance. 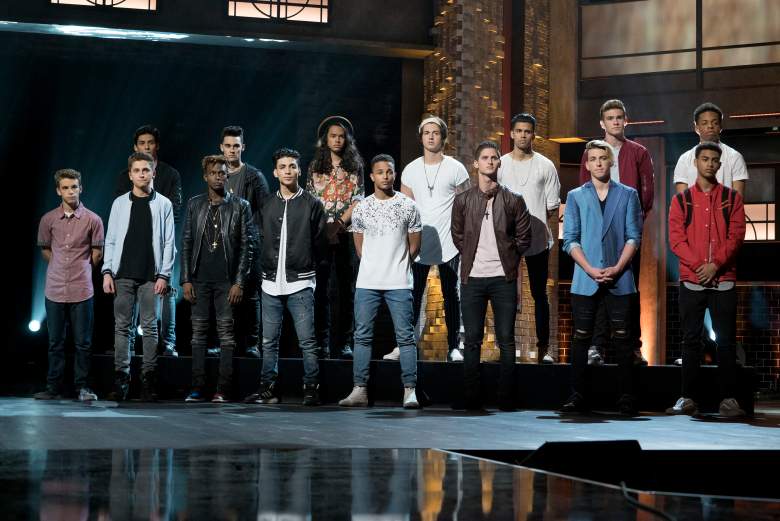 So, who are the contestants who made it through tonight’s auditions? Here’s the list in order of the announced cast members.

Once the 18 contestants were chosen, they were broken up into three groups of six and were told to name their group. Group 1 called themselves Reverb, followed by the group Uplift and then Six Track. Uplift’s song for the week was a Bruno Mars tune called “That’s What I Like.” In rehearsals, Devin Hayes admitted that he felt inferior to the others when it comes to vocals, but that he wants to work hard to succeed in this competition. Beatboxer J Hype also had to work on his vocals. Drew Ramos worried about hitting his three high notes in a row and Marcus Pendleton stressed that being in this band is all about putting in the hard work. Armstrong is starting the song off and he was nervous about setting a bad example in the song right off the bat.

After the band’s performance, which was a success, one of them had to be sent home. And the contestant who didn’t make it through was … Cameron Armstrong.

Read More
Reality TV, TV
Who are the contestants who made it through tonight on the premiere episode of Boy Band? Also, get the rundown on the cast of famous judges and the host.