when I'm not in scrubs and my white coat… ??‍♂️??‍⚕️? Corporate Research Day. early morning presentations

Dr. Brandon Rogers, an aspiring singer who made a name for himself after posting a video of himself singing on Instagram, has died following a car crash in Maryland over the weekend. He was just 29 years old.

TMZ reported that Rogers was involved in a single car accident. State police responded to the scene of an accident around 4:30 a.m. in which a car hit a tree. Rogers was not driving the vehicle, but was one of two passengers. The driver was uninjured and the other passenger was taken to the hospital. The severity of the other passenger’s injuries are unknown. Police are currently investigating the accident, but they have said that they do not believe drugs or alcohol to be a factor.

According to the Metro, the Rogers family is said to be “devastated.”

Many have been remembering the talented young doctor by using the hashtag #TheSingingDoctor on social media.

“You may have known him for his Boyz II Men covers, he was also invited to sing on stage with them in January. He passed away in a car accident,” the family posted in an online forum, according to the Metro.

1. Rogers Auditioned on ‘America’s Got Talent’ This Season

Tune in tonight!! Season 12 Premiere of #AmericasGotTalent ‼️ 8/7c on NBC. (…and no I don't know which episode I'll be on ??‍♂️? but you'll see me eventually lol)

According to TMZ, the talented singer had already filmed a segment for America’s Got Talent. The network was unsure if they would air Rogers’ audition, but his family told TMZ that they wanted the footage to air. The network granted this request and aired Rogers’ footage on July 11.

Season 12 of America’s Got Talent premiered on May 30. Rogers had encouraged his fans to tune in, but admitted that he was unsure which episode his audition would be on.

Rogers was referred to as a “standout contestant,” suggesting that he would make it past the first audition and on to the next. Many who have been following Rogers believe that this could have been his big break.

Check out Rogers’ audition in the video below.

In 2016, Rogers posted an Instagram video of himself singing the Boyz II Men hit, “On Bended Knee.” According to Us Weekly, it was this video that caught the attention of producers of America’s Got Talent.

The video was so popular that it caught the attention of Boyz II Men themselves. They invited him to join them in Las Vegas to perform with them in front of a huge crowd at the Mirage Hotel. He did so in January.

Below is a video from Rogers’ performance with Boyz II Men.

“This past weekend has been nothing short of amazing!! Sharing the stage with my idols…literally a dream come true!! Thank you SO much to 3 of the dopest most insanely talented singers ever @BoyzIIMen,” Rogers wrote in an Instagram post after the Vegas performance.

On June 11, Boyz II Men took to their Facebook page to share a message about Rogers with their fans. Rogers met the group a few months ago. You can read the group’s statement below.

“Today our hearts are deeply saddened to learn about the sudden death of Dr. Brandon Rogers in a car accident. A few [months] back we brought this young man out to the Mirage Hotel in Las Vegas to perform with us. He was great all 3 nights! Just a genuinely nice person and a really good singer! Gone too young and gone too soon. It hurts to know that the world will never have a chance to witness what his impact on the world could have been as a Doctor and even on the music world. A great spirit and a great voice. Even for the little time we knew you you will be sorely miss. May God Bless, keep and comfort your family in this difficult time.”

4. Rogers Often Posted Videos of Himself Singing for His 50k Instagram Followers

Rogers wasn’t shy about showing off his incredible talent. He would often post Instagram videos of himself singing all kinds of songs ranging from Bruno Mars to Justin Timberlake (above).

Rogers certainly wasn’t shy when it came to his talent. He would often record himself singing while in his living room.

In April, Rogers posted the following video of himself singing “Part of Your World” from Disney’s The Little Mermaid. Check it out below.

“Words cannot express the hurt and sadness that come with losing my brother. They cannot express the joy and gratitude i feel for having gotten to know and love him. But the can express happiness for knowing that he touched many lives and inspired many. Thank you all for your prayers and condolences. Cherish your loved ones and hold them close the way Brandon did. Life is short and Tomorrow is not promised,” she wrote.

Rogers’ brother, Danni posted the following caption to go along with a very emotional video, which you can see below.

“I can’t respond to everyone (too heartbreaking) but I did want to thank EVERYONE for their prayers and condolences. It really does mean so much to me and my family….. I lost my best friend yesterday, but to see all the lives he’s touched brings joy to my heart,” Danni wrote.

I can't respond to everyone (too heartbreaking) but I did want to thank EVERYONE for their prayers and condolences. It really does mean so much to me and my family….. I lost my best friend yesterday ?, but to see all the lives he's touched brings joy to my heart. 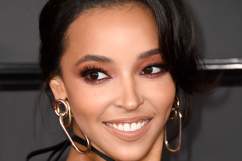