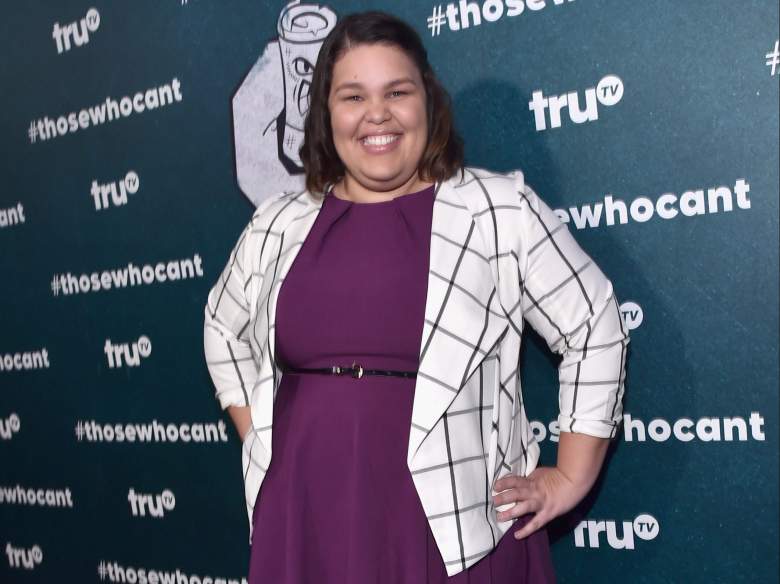 Britney Young attends ‘Those Who Can’t’ premiere event at The Wilshire Ebell Theatre on January 28, 2016 in Los Angeles, California. (Getty)

Britney Young is about to become a major star, as she plays Carmen Wade on the new Netflix original series GLOW.

Young has been acting professionally for only a few years now, and on Twitter, she has 195 followers. In GLOW, she stars as a woman who joins the Gorgeous Ladies of Wrestling TV series but has no experience in front of the camera at all.

So who exactly is Britney Young, one of the actresses in Netflix’s wrestling comedy? Here’s what you need to know about her.

1. She Is From Tokyo

A #tbt and birthday double whamie!! Happy birthday to all my birthday twins today! ?? #happybirthday #80sbaby

Britney Young was originally born in Tokyo, Japan, she said in an interview with Wrestling Online. However, she was raised in Eagle River, Alaska.

Young earned her college degree from USC School of Cinematic Arts in Los Angeles, California, and she says that she always wanted to have a career in entertainment, although she didn’t want to just act.

“Growing up I wanted to be that Disney channel, Raven Symone triple threat: singer, dancer and actor,” she told Wrestling Online.

2. She Was on an Episode of ‘Crazy Ex-Girlfriend’

Probably the most high-profile project that Britney Young was a part of prior to GLOW was a small role in one episode of the CW comedy Crazy Ex-Girlfriend.

In the 10th episode of Season 1, “I’m Back at Camp with Josh!,” Rebecca Bunch finds herself visiting the at-risk youth camp that Josh Chan, the boy she has been pining after, volunteers at. About 13 minutes into the episode, Josh organizes a game of elbow tag. Rebecca gets excited, hoping this will give her an opportunity to get close to Josh, but instead she’s paired with a girl named Nikki.

Rebecca asks Nikki what her name is short for, and Nikki replies, “Samantha.” Nikki then makes clear that this isn’t just a game to her, telling Rebecca, “I play to win.” During the game itself, Nikki indeed gets quite aggressive, and when she and Rebecca struggle to work together, Nikki accidentally hits Rebecca in the face.

The character of Nikki was really just written for this one gag; we do later see her sitting with some of other counselors at lunch, but never does Nikki show up again.

3. She Had a Recurring Role on the truTV Series ‘Those Who Can’t’

Recently, Britney Young had a recurring role in the TV show Those Who Can’t.

This is a truTV series that premiered in 2016 and which is about three dysfunctional teachers. It is truTV’s first full-length scripted comedy, and it stars Adam Cayton-Holland, Andrew Orvedahl, and Ben Roy. Although it only premiered in early 2016, it has already aired two seasons, and a third is on the way this year.

Britney Young is not one of the main characters, but she plays a student, Little Debbie, who is a part of the girl’s volleyball team. The fact that she is bigger than the other students is generally played up for comedy, including one scene in which she has a conversation with a character on a seesaw.

4. She Spent Several Years Working as a Production Secretary

Talk to the hand @officialalibrie All episodes of GLOW premiere June 23rd on Netflix!! Disclaimer: no Alison Brie's were hurt during the filming of GLOW @netflix #glownetflix #glow #netflix

Britney Young first broke into the industry by spending a few years working in a behind-the-scenes capcity.

According to her IMDB page, Young worked as a production assistant on the 2012 Queen Latifah film Joyful Noise. She went on to serve as a production secretary on Big Miracle, The Campaign, and R.I.P.D. She was also an accounting clerk on Savages.

On two episodes of The Mentalist, Young served as assistant to the executive producers, and most recently, she was a production secretary on the 2015 film The SpongeBob Movie: Sponge Out of Water.

It was after about a year of this behind-the-scenes work that Young landed her first role in the web series Stand Up Girls.

5. For the Show, She Was Trained by Chavo Guerrero Jr.

Like all of the cast members of GLOW, Britney Young received training from Chavo Guerrero Jr., a professional wrestler and the show’s fight coordinator. She trained with him for four weeks before shooting and then all throughout production.

“Chavo is fantastic,” Young told Wrestling Online. “He was the best coach, so supportive and very informative. And its so great his uncle Mando actually trained the original G.L.O.W girls so its cool to have that connection.”

Young also told Wrestling Online that she was not previously much of a wrestling fan, but she has become once since performing in GLOW, also saying that she watched the documentary GLOW: The Story of The Gorgeous Ladies of Wrestling.

“I am now a fan!” she told Wrestling Online. “I have been watching shows like Lucha Underground, which actually a few of us girls went to one of their exhibitions while we were shooting to see our ring technician and Lucha’s senior referee Marty Elias. It was fantastic.”