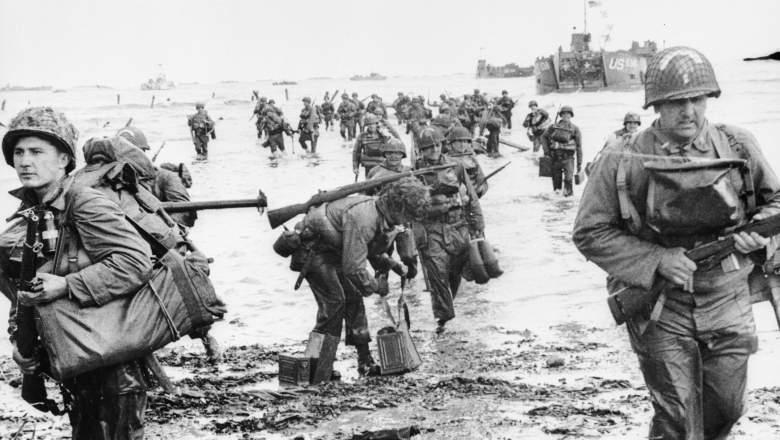 On June 6, 1944, 73 years ago today, the Allies invaded Nazi-occupied France, landing on the beaches of Normandy in the largest seaborne invasion in history. There were around 156,000 Allied troops in Normandy, with 73,000 of them Americans. It’s estimated that over 10,000 Allied troops died, while between 4,000 and 9,000 Nazi troops were killed.

The day turned the tide of the European theater of World War II in favor of the Allies. Germany finally surrendered on May 8, 1945.

World War II has proved a fruitful topic for Hollywood and filmmakers around the globe. Its effects are still felt today, as it established a new political world order where the U.S. became a superpower. It was followed by the Cold War, a rivalry between the U.S. and Soviet Union. Even though the U.S.S.R. is no more, the U.S.-Russia rivalry still dominates global affairs.

Here’s a look at five World War II movies you can stream on Netflix right now. Not all of them have to do with D-Day though.

Franklin J. Schaffner’s Patton won the 1970 Best Picture Oscar and was co-written by The Godfather‘s Francis Ford Coppola. The film focuses on the life of General George S. Patton during World War II. Its opening monologue, with George C. Scott as Patton standing in front of a giant American flag, remains iconic.

The Longest Day is a three-hour, detailed look at how D-Day unfolded, featuring an all-star cast. The 1962 film took three directors to bring to life. It might not be as visceral or as violent as Saving Private Ryan, but the film’s is unique in that it shows D-Day from the perspective of the Nazis as well as the Allies.

Quite possibly Quentin Tarantino’s best film, Inglorious Basterds is a World War II fantasy of violence, double-crossing and action. Christoph Waltz gives one of the best performances in a Tarantino movie as the villainous SS Colonel Hans Landa and earned an Oscar for it. The film is a complete work of fiction though.

Since you can’t catch Saving Private Ryan on Netflix or Amazon, you can check out the other film that earned Steven Spielberg a Best Director Oscar, Schindler’s List. Running three hours and 15 minutes, this epic film tells the story of Oskar Schindler (Liam Neeson), who saved 1,100 Jews from Auschwitz.

Oliver Hirschbiegel’s two-and-a-half-hour Downfall is the story of Adolf Hitler’s last days. The German film earned unanimous praise when it was released and picked up an Oscar nomination for Best Foreign Language Film. Bruno Ganz starred as Hitler. Sadly, today the film is better known for Internet parodies that add new subtitles to a scene where Hitler realizes the war is lost.

For a more realistic depiction of D-Day, you can check out D-Day. This is a 2004 BBC documentary that includes real footage from the war, as well as recreations. It highlights different individuals who took part in D-Day. 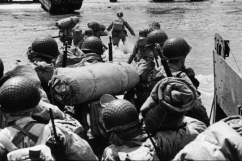