Daniel Day-Lewis at the Oscars at Hollywood & Highland Center on February 24, 2013 in Hollywood, California. (Photo by Jason Merritt/Getty Images)

Daniel Day-Lewis is considered one of the greatest actors of all time. Through his intense, transformative portrayals, Day-Lewis is the only performer in history to win three Academy Awards for Best Actor. As a result, the announcement that he is officially retiring has caused quite the stir in Hollywood. Variety reports that “He is immensely grateful to all of his collaborators and audiences over the many years. This is a private decision and neither he nor his representatives will make any further comment on this subject. ”

So, with his legendary run coming to a close after the release of Phantom Thread this December, we take a look at how profitable and lucrative Day-Lewis’ career has been over the past three decades. Here are 5 fast facts you need to know about his net worth.

1. He Has An Estimated Net Worth of $50 Million

Daniel Day-Lewis has an estimated net worth of $50 million, according to Celebrity Net Worth. Given that he is not prone to giving endorsements or appearing in commercials, almost all of this has come from his acting career, which began on stage in the 1970s. He began acting onscreen the following decade, taking supporting roles in films like Gandhi (1982) and The Bounty (1984). It wasn’t until his breakout role in My Left Foot (1989) that Day-Lewis became a household name. The low-budget film became a surprise hit, grossing over $14 million and earning the actor his first Academy Award win.

Since then, he has appeared in a number of successful dramas, ranging from The Last of Mohicans (1992), which grossed $75 million and Gangs of New York (2002), which grossed $193.8 million. To date, Day-Lewis’ films have an estimated total gross of $820 million.

Notoriously reclusive, Day-Lewis is known as one of the most selective actors in the industry, with only a handful of films since 1998. The actor is also known for his lengthy gaps of time in between roles, the most notable being the years between Gangs of New York (2002) and There Will Be Blood (2007), and the years between Blood and Lincoln (2012). How is he able to make a living on such selective work? Because, according to, Day-Lewis is well compensated for each of these films.

According to The Richest, Day-Lewis’ preparation and commitment to his roles result in salaries that are more than enough to sustain him and his family. Dating back as far as The Crucible in 1996, he earned $8 million. His latest, Lincoln (2012), grossed over $182 million worldwide, upping Day-Lewis’ stock at the box office and as a result, his own personal net worth.

Day-Lewis’ wife Rebecca Miller is also a force in Hollywood, as she is a writer, director, and producer. She began her career as an actress in 1988, appearing in the television film The Murder of Mary Phagan (1988), before crossing over into theatrical releases like Regarding Henry (1991) and Consenting Adults (1992). By the mid 1990s, however, Miller had opted out of acting to pursue a career behind the camera. She had her directorial debut with the drama Angela in 1995.

While her films remain firmly entrenched in indie cinema, Miller continues to create today. She even collaborated with her reclusive husband on the 2005 drama The Ballad of Jack and Rose, which drew generally positive reviews from critics. Like Day-Lewis, Miller’s output has been scarce, and her last release, Maggie’s Plan, was released in 2015. The film grossed $4.5 million at the box office. To learn more about Day-Lewis’ relationship with Miller, click below.

When he isn’t acting, Day-Lewis can be found at his home in Wicklow, Ireland, which be bought for $500,000 in 1993. According to Ireland.com, the actor chose this particular location as a home due to the happy memories he had there as a child. He spent numerous holidays there with his father, Poet Laureate Cecil Day-Lewis, who was born in Ireland.

“The light, the smell, the utter delight with which we would fly out of the car as soon as we arrived and dive into the nearest bit of the Atlantic,” he told The Guardian in 2008, “The power of them remains undiminished… Ireland was a place for the renewal of hope andI still see it like that.”

Day-Lewis added that the rural lifestyle is also integral to his acting process: “I couldn’t work or get ready for a piece of work from a city base, from city life. I need deep, deep quiet and a landscape too that I can be absorbed into. So much of the work is in the process of aimless rumination in which things may or may not take seed.” Day-Lewis has since bought the additional 45 acres surrounding his home, to preserve his privacy.

5. He’s Turned Down ‘Millions of Dollars’ Worth of Film Offers

OFFICIAL COMMUNIQUE: Daniel Day-Lewis announces that he is definitely retiring from the performance. His spokeswoman, Leslee Dart, has confirmed that "Daniel Day-Lewis will no longer be working as an actor, he is immensely grateful to all of his collaborators and his audience for all these years, it's a private decision and will not comment further." / Daniel Day-Lewis anuncia que se retira de forma definitiva de la actuación. Su portavoz, Leslee Dart, así lo ha confirmado "Daniel Day-Lewis ya no trabajará como actor, él está inmensamente agradecido a todos sus colaboradores y a su público por todos estos años. Se trata de una decisión privada y no hará más comentarios al respecto". #DanielDayLewis

Day-Lewis has intentionally shied away from blockbuster or commercial-friendly roles. In fact, according to Express, money has never been a factor when it comes to Day-Lewis picking his films. “I’ve been offered a lot of things over the years. But the sad truth is that I can’t really be tempted by money,” he says, “Money just doesn’t do it for me. I’m sure I could be tempted by other things and corrupted in other ways but not by cold hard cash. In fact nothing does it for me that’s going to steer me away from what I feel the need to do in my work.”

Among the famous roles that Day-Lewis turned down include Vincent Vega in Pulp Fiction (1994), which grossed a whopping $213 million on an $8 million budget, and the titular role in Batman Forever (1995), which grossed $336 million. The roles were played by John Travolta and Val Kilmer, respectively. Day-Lewis even turned down the original script for Lincoln, before several rewrites were made to satisfy his vision of the character.

Day-Lewis admitted that praise is what he values over monetary gain: “I don`t go looking for reviews, but they tend to find you, good and band. People encourage you to look at both… I`m a sucker when people say nice things, and it`s unpleasant when people write unpleasant things. I`m still sensitive towards that.” 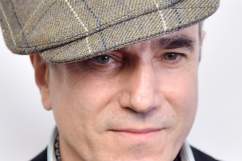