@therachlindsay and Dean are about to ride off into the sunset together! ? #TheBachelorette

Prior to the start of Rachel Lindsay’s season of The Bachelorette, she had the opportunity to meet a few of her suitors ahead of time. On Nick Viall’s After the Final Rose Special, the show brought out some of the new contestants and one of them was Dean Unglert, who joked that, “I’m ready to go black and I’m never gonna go back.” Afraid of how his comment would be taken, he was sure to discuss it with Lindsay once he got to chat with her on the premiere episode of The Bachelorette 2017. Lindsay said she found it funny and admired his confidence. On tonight’s episode of The Bachelorette, Unglert gets his very first solo date with Lindsay and it goes well. The two ride on a blimp and get to enjoy a concert together.

Now let’s get to know more about Unglert. For those who do NOT want to know Unglert’s fate on the show or who this season’s winner is reported to be, STOP READING NOW. 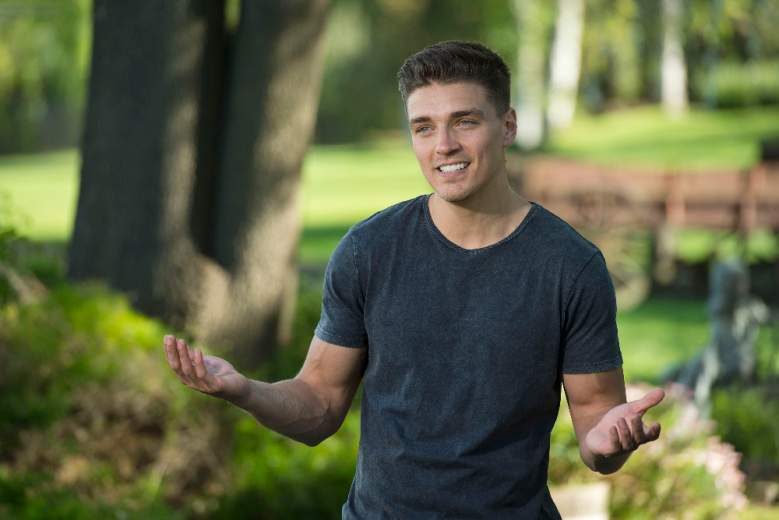 Back in 2011, Radar Online reports that Unglert was arrested for being a minor in possession of alcohol and for possession of false ID. A bouncer from a nightspot called Escobar was one of the witnesses and the official incident report stated that:

The reporting officer on the scene wrote the following in the police report:

I recognized that Unglert was intoxicated, as he had red watery eyes, slurred speech, and an odor of alcoholic beverage coming from his person. I told Unglert that he was under arrest, and placed handcuffs on him … I observed that he did not look of drinking age, and his speech was slurred and eyes watery. Due to the fact I felt that a missing person should take precedence, I continued on my search … Upon being in closer proximity to Unglert, I smelled the strong odor of an unknown alcoholic beverage coming from his person.

This appears to be an isolated incident and Unglert was only 20 years old at the time.

2. Unglert Makes It to the Final Four On the Show

According to Reality Steve, Unglert is one of the contestants in the final four on The Bachelorette this season. Unfortunately for Unglert fans, he is not the winner this season. Reality Steve reports that Dr. Bryan Abasolo, who received the first impression rose this season, is this year’s winner.

Bringing it back to when bowl cuts were cool. 7 years to the day since my momma left us and I miss her more everyday #family

Unglert’s mother Debra, died of breast cancer in 2006. Left behind, were Unglert and his siblings – brothers named Ross and Brad, along with a sister named Skye. Unglert says that when his mother went into hospice care, he asked her when she was coming home again and she said, “Never.” He said that when his father told him the news, his dad sat on his bed and sobbed. After his mother’s death, Unglert said that his siblings moved out and it was a very tough time for him.

When Dean Unglert was asked if he could have lunch with anyone, who would it be, he told ABC:

My mom. It’s been over 10 years since she passed. Lunch would be amazing.

Unglert has several tattoos, one of which is his mother’s initials on his chest.

4. Unglert Came From a Humble Home

See ya later Colorado Springs. The last 5 years have been real. #movingsucks #nodoorsnoproblems

Unglert comes from humble beginnings and as a child, he and his family lived in a mobile home. Originally, Unglert is from Aspen, Colorado, but he’s been living on California in recent years. And, according to OKHereIsTheSituation, Unglert actually lives next to Bachelorette faces Jef Holm, Robby Hayes and Chase McNary, who have all moved in together in Venice Beach.

5. He Works As a Startup Recruiter

Meat Loaf said he would do anything for love but he wouldn't do 'that' … I wonder if 'that' was mud wrestling a bunch of guys on TV #tbt still picking mud out of my ears. At least @therachlindsay & friends seemed to get a kick out of it ?‍♂️??‍♂️

When Unglert is not appearing on the show, he reportedly works as a startup recruiter in California for StartupTAP in Los Angeles. In his position, Unglert helps tech companies in their hiring process.