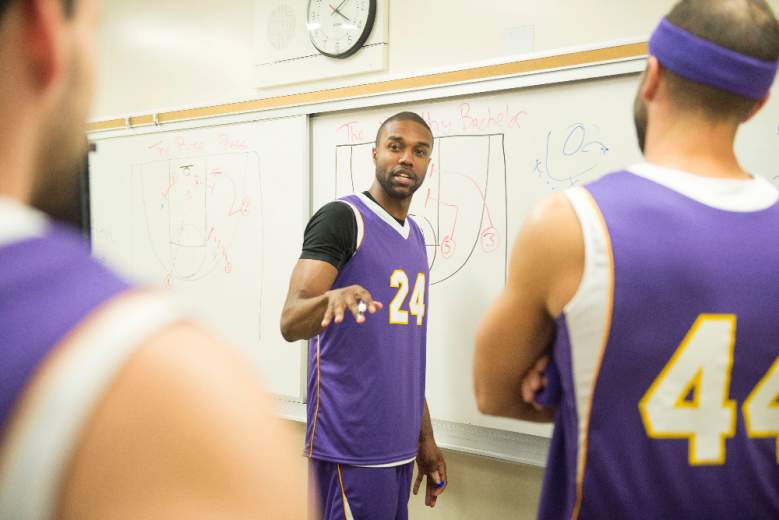 Last week on The Bachelorette 2017, contestant DeMario Jackson had a major surprise. While participating in a basketball group date, star Rachel Lindsay was confronted by a girl who claimed to be in a relationship with Jackson. She showed up with text messages and said that Jackson never ended a relationship with her. Jackson was one of the contestants who Lindsay met before the season began, on the After the Final Rose Special for The Bachelor with Nick Viall. The girl, Alexis Thexton(Lexi), said that she hadn’t heard from Jackson and then she saw him on TV. When Lindsay decided to bring Jackson into the mix to defend himself, he was flabbergasted and his first reaction was, “Whoa! … Who’s that?” As Lindsay and Jackson’s alleged girlfriend confronted him, it was clear that he did not have his story straight. A frustrated and upset Lindsay felt that he was lying and she said that she felt “played”. As a result, Lindsay eliminated Jackson. However, at the end of the episode, during the cocktail party, Jackson showed up at the mansion in hopes of speaking with Lindsay. Lindsay decided to hear him out and headed over to where Jackson was waiting with security. When the other contestants got wind of this, they too went over to where Jackson was waiting. This is where the episode leaves off, but Reality Steve reports that Lindsay does not accept Jackson back into the competition.

When Lindsay first told Jackson to leave, she said:

I’m really gonna need you to get the fuck out. I don’t like being embarrassed. I can’t even look at you right now.

Unlike most of the contestants who go through an application process to be on the show, Jackson was reportedly hand-picked, as he told Glamour. Jackson recalled:

I was at the Century City Chipotle. I had a mouthful of barbacoa. I probably had something in my teeth, I don’t know. I had just won football fantasy, and I thought it was my friends trolling me ’cause it was just really awkward. She’s like, “You’re handsome.” [I kept thinking], This is my friend’s act. I waited for the group chat to start blowing me up; then a few days later, I said, “I think I got hit up by The Bachelor.” They’re like, “Oh, that’s cool.” I didn’t hear too much from it, and then I got a voicemail about two weeks [before the season started] and then everything started going. I was really excited … It was cool when I found out, and from there I started doing a little bit of research, getting a little more background about her.

Jackson also talked about why he decided to be on the show and he said:

I just want to have fun. My main thing is, I’ve kind of piggy-backed on what Donald Trump said, “Make America great again.” I want to make America smile again.

So, what happened with Jackson’s ex Thexton? She recently posted the following video on Instagram, which claims that Jackson still has the keys to her place.

When a fool thinks they can fuck with you ???#MOOD

Read More
Reality TV, The Bachelorette, TV
The Bachelorette 2017 already has a scandal on its hands, as DeMario Jackson has a run-in with an upset girlfriend.