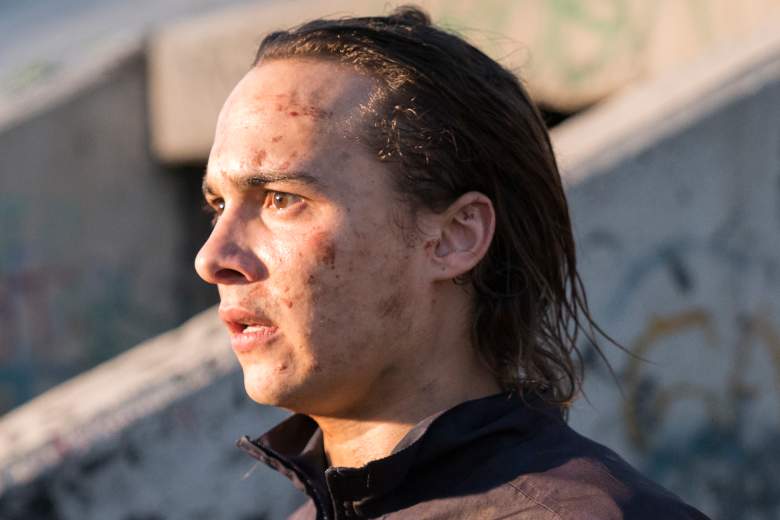 The Season 3 premiere airs tonight and will be two hours and 10 minutes long, so set your DVRs accordingly if you’re not watching live. The episode starts at 9 p.m. Eastern. Read on below for more details on Season 3 premiere.

It’s hard not to be excited about this episode, especially since we’re getting a premiere that is more than two hours long! Fear the Walking Dead is a good show to help fill the void while we wait for The Walking Dead to return (and it won’t be back until October, so that wait is going to be a long one.)

In Fear the Walking Dead‘s timeline, we’re just about six weeks from the big zombie apocalypse. They’re a long way behind Rick & company. This season will likely move faster, however, but it still won’t catch up with Rick.

Last season, we left off with Madison and Alicia fleeing their hotel safe house in Mexico with Travis. Some fans aren’t so sure they like how Madison and Alicia are sticking with Travis, despite his many mistakes. First, he didn’t want to kill no matter how necessary it was. Then he abandoned Alicia and Madison to help his son, even though his son didn’t want him and was kind of losing his mind. Then he killed two survivors as vengenance for killing his son and he was kicked out of the hotel safehouse. It’s been a crazy ride for Travis. When Madison, Travis, and Alicia took off, Victor “nope’d” right out of joining them and stayed at the hotel. Will he be accepted or will he share some of Travis’ blame?

Meanwhile, Nick was doing pretty well for himself after he left the main group.  He convinced a small town of survivors in Mexico to take off with him before they were attacked by a drug cartel (which was later eaten by zombies they released into the town.) But then they were taken captive by a mysterious group near the border when the season ended.

Ofelia, who has struck out on her own, was taken hostage by a mystery man.

That’s where we’ve left off and where we’re starting Season 3.

FEAR THE WALKING DEAD LIVE STREAM: Click here to check out how to watch the premiere via live stream.

THE TALKING DEAD: 11:10 p.m. Eastern. Tonight’s after-show will be an hour long.

Read More
AMC, Fear the Walking Dead, Television, TV
Fear The Walking Dead premieres season 3 tonight. Find out what time the episode airs, how long it is, what channel, and how to watch it.