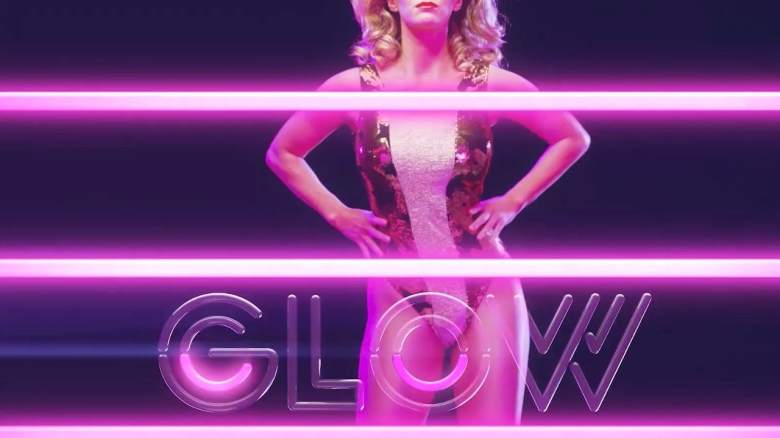 GLOW is the new original series from Netflix. (Netflix)

GLOW, the latest original series from Netflix, will be available for streaming on June 23rd. The half-hour comedy revolves around the world of professional wrestling, and it’s based on the real life wrestling show GLOW (Gorgeous Ladies of Wrestling). So exactly how closely does the series align with reality? Are each of the main characters based on real people?

Although there really was a wrestling series called GLOW that ran in the 1980s, the Netflix show is a fictional retelling of its origin. All of the characters we see in the story are fictional, as is much of the plot.

“When we thought about building characters, we really wanted to do it however we wanted to and not feel tied to any real-life stories,” showrunner Liz Flahive told The Washington Post.

Usually when creating a film or television show that aims to be a faithful depiction of events, writers and directors will consult those who were really there, but according to The Washington Post, the creators of the Netflix show did not speak to any of the original Gorgeous Ladies of Wrestling, with one exception. They did consult Ursula Hayden, a former GLOW wrestler who purchased the trademark in 2001.

Still, some of the characters do have rough analogues. For instance, in the Netflix series, Marc Maron plays Sam Sylvia, a B-movie producer who unexpectedly becomes a wrestling promoter. He’s similar to the real life movie director and producer Matt Cimber, one of the founders of GLOW. In real life, GLOW was created by David B. McLane, who subsequently recruited businessman Meshulam Riklis. Riklis got Cimber on board, as as Cimber had recently directed a movie starring Riklis’s wife. Cimber was brought in as a director and later became a producer.

However, the GLOW creators did not consult Cimber, and The Washington Post reports that Cimber first found out Netflix was making a GLOW series when he read about it in the press.

While the characters might for the most part not be based on real people, a lot of the broader points of the story are true, such as the fact that most of GLOW’s performers were indeed struggling actresses who had to learn how to wrestle.

According to Vanity Fair, the GLOW showrunners became inspired by the documentary GLOW: The Story of the Gorgeous Ladies of Wrestling, with co-creator Carly Mensch saying that she was drawn to “this idea of a sisterhood of misfits going through something that they have never experienced before.”

They were also inspired by the outrageous, somewhat offensive stereotypes that defined the real life GLOW. For instance, there’s a scene in episode four of the series in which Tamee expresses frustration about the offensive character she has to portray on TV: Welfare Queen. No such character existed in the real life GLOW, but there were plenty of other stereotypes in it that we would find quite questionable today.

“There are things that are incredibly offensive in wrestling, and that was very interesting to us,” showrunner Liz Flahive told Vanity Fair. “We wanted to see our girls grapple with the stereotypes of the time and what they were being asked to deal with in the name of a job.”

Read More
Netflix, Television
Netflix's GLOW is based on the real life Gorgeous Ladies of Wrestling, but which characters and plot points are real and which are fictional?