The internet was set ablaze on Tuesday when images surfaced of Rihanna cozying up to a a mystery man. According to TMZ,the pictures were taken in Barcelona, Spain, and show the popular singing cuddling and kissing with him in a hot tub.

Needless to say, RiRi fans was frantic to discover the identity of this mystery man, many of which believed him to be of Spanish descent, given the location of the pictures.

On Wednesday morning, he was identified by The Sun as Saudi Arabian billionaire Hassan Jameel. To learn more about Jameel and his relationship with Rihanna, here are five fast facts you need to know.

Jameel, 29, is the deputy president and vice chairman of family business Abdul Latif Jameel Domestic. According to The Sun, this makes him the face of one of the biggest car companies in the world, and has led to him holding meetings with with British royalty including Prince Andrew over the past five years.

Jameel’s tenure as deputy president has brought about great success in the company. At a Toyota Corolla Launch in Saudi Arabia in 2014, Hassan was brought on stage to celebrate the company’s new Guinness World Record. “As of February 2011,” notes the presenter, “The name Toyota Corolla has appeared in more cars than any other with an excess of 37 million produced worldwide.” The presenter added that the Jameel family has sold over 14.1 million cars dating back to 1966.

Jameel enters the video above at the 3:25 mark. 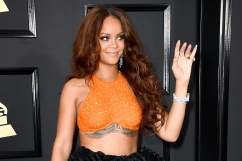 Rihanna is Harvard’s 2017 Humanitarian of Year

Besides being one of the biggest– and record setting companies in the world– the Abdul Latif Jameel Domestic is also known for being a family business. The Jameel family are the sole owners of the right to sell Toyota cars in Saudi Arabia, a title they have held for the past eight decades.

In a 2016 article titled Forbes Middle East: The World’s Richest Arabs, the Jameel family was ranked at number twelve. “In 1955, Abdul Latif Jameel won exclusive rights to distribute Toyota in Saudi Arabia,” writes Forbes. He passed away in 1993, and son Mohammed became chairman and president of Abdul Latif Jameel Co.”

Discover Abdul Latif JameelAbdul Latif Jameel is comprised of diversified businesses with deep roots in the Middle East, North Africa, and Turkey (MENAT region). Strong networks and long-established relationships make us a powerful partner, opening doors for those who want to do business in the region. Our businesses represent some of the world’s leading brands, earning us their…2016-02-24T18:33:50.000Z

On the official Abdul Latif Jameel website, their bio states that they are “Comprised of diversified businesses with deep roots in the Middle East, North Africa, and Turkey (MENAT region). Strong networks and long-established relationships make us a powerful partner, opening doors for those who want to do business in the region.”

Furthermore, their “Businesses represent some of the world’s leading brands, earning us their trust and building long-lasting and mutually beneficial relationships. Our commitment to anticipate and support our partners’ needs has driven our success.”

Outside of the family business, Jameel owns the aptly named Jameel League, which is the professional soccer league in Saudi Arabia. To learn more about it, click here. 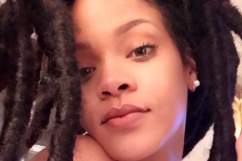 Who Is Dating Rihanna Now? No One

3. Before His Identity Was Revealed, Jameel Inspired the Hashtags ‘#RihannasMan’ & ‘#RihannaHasAManParty’

His name is Hassan Jameel and his family is the main distributer of Toyota in Saudi Arabia. His family has a net worth of $1.5 billion. pic.twitter.com/dA8Irv9EAx

After TMZ released the photos of Rihanna and Jameel together, the search for his identity all but dominated the twittersphere on Tuesday. One user tweeted out “Um, we’re gonna need a name for Rihanna’s new man, what is his career, where he is from.” Another tweeted “Wow… It’s been like a whole hour and we don’t know who Rihanna’s man is.”

Rihanna’s name alone was a trending topic for most of the day, and hashtags like #RihannaHasAManParty and #Rihannasman also trended.

The initial assumption that Jameel was of Spanish descent threw many off of his trail. When his identity and status in Saudi Arabia were finally revealed on Wednesday, fans were quick to offer their praise and label Rihanna and Jameel as a power couple in the making. Check out some of the most notable tweets below.

"Rihanna, 29, is dating Toyota heir Hassan Jameel – a Saudi businessman whose family is believed to have a net worth of $1.5 billion." pic.twitter.com/LxaldcErQK

4. Jameel Has Previously Been Linked to Supermodel Naomi Campbell

While his identity may have been a recent development, this is not the first time Jameel has been romantically linked to a celebrity. In July 2016, he was photographed with supermodel Naomi Campbell at British Summer Time in London. It is unclear whether they were actually dating at the time, but Buzzfeed pointed out that Campbell and Rihanna, who were previously friends, drifted apart shortly after.

The theory that’s become popular among fans is that Jameel might have something to do with that. “So is this man the reason their friendship allegedly disintegrated?” asked an article on Jezebel, “Or are we all trying just a bit too hard?”

While there’s yet to be any concrete proof either way, the supermodel has been very clear in her disdain for Rihanna’s new relationship. “Naomi has known about Rihanna dating Jameel for a while now,” an insider told Hollywood Life, “And she is furious about them being together.” The insider added that “Given their poor dating histories, Naomi doubts they will last very long as a couple.” 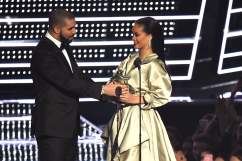 5. Their Relationship Is Said to Be ‘The Real Deal’

A source close to the rumored couple told The Sun that “This relationship is the real deal. Rihanna has told friends she’s in love with him and seems completely smitten. They’ve been spending a lot of time together away from prying eyes and are really serious,” the source adds, “They’re really enjoying each others’ company.”

Daily Mail reports they Rihanna and Jameel were seen together in Ibiza on Wednesday. In the photos, RiRi is carrying a bouquet of flowers, and both appear to be in good spirits. They have yet to confirm whether their relationship is official.

Rihanna is no stranger to highly publicized romance. The pop songstress previously dated R&B star Chris Brown between 2008 and 2009, and has since been linked to a number of celebrities like Travis Scott, Leonardo DiCaprio, and most notably, Drake, who’s fueled rumors of their romance for the past half decade. In 2010, Rihanna dated baseball player Matt Kemp for a brief time. 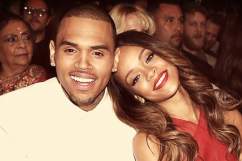 Read More
Dating, Naomi Campbell, Rihanna
After being spotted in pictures together, Rihanna's new mystery man has been revealed. Learn more about him here.