The Tennessee native goes by the title ‘the geriatric ninja’, and competed on the show last season. Tonight, he hopes to advance to the next level of competition.

Speaking to WYCB last year, Loobey said, “My attitude is that when you’re given a wonderful gift like that of health and strength you should do something with it– and American Ninja Warrior is what I’m doing with it.”

Last year, Loobey became a fan-favorite by walking out onto the competition platform with a bathrobe and walker. He then ripped off his shirt, and the fans went wild.

Loobey has a Facebook page dedicated to his hopes to become the next American Ninja Warrior. On the page, he writes, “I have meany interests: health,longevity,marshal arts,ninja worriers,bible study,sign language,any thing about nature.”

The 64-year-old has set up obstacles in his backyard to help him train. He tells WCYB, “In the show they call these the quad steps and you bounce from one small platform to the next. We use those balance beams as a training obstacle too.”

An active soul, Loobey teaches karate on Friday nights back home. He tells the news outlet, “You know you get one shot. And if you slip up… We have seen some of the best, some of the returning stars slip on an early obstacle. You know, that can happen to anybody and so I think agility and balance are the things I need to work on.”

Season 9 of American Ninja Warrior will be traveling to Los Angeles, Denver, Kansas City, San Antonio, Daytona Beach, and Cleveland, and anyone who completes the course to the finals and then manages to beat Mt. Midoriyama will take home $1 million.

Over 77,000 athletes tried out for this season of the show, and about half have never auditioned for it before. The top 30 contestants from the qualifiers will progress to the city finals, and the top 15 from there will move on to the National Finals, where they will take on Mt. Midoriyama. 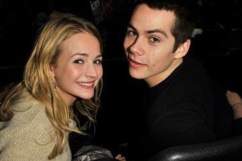