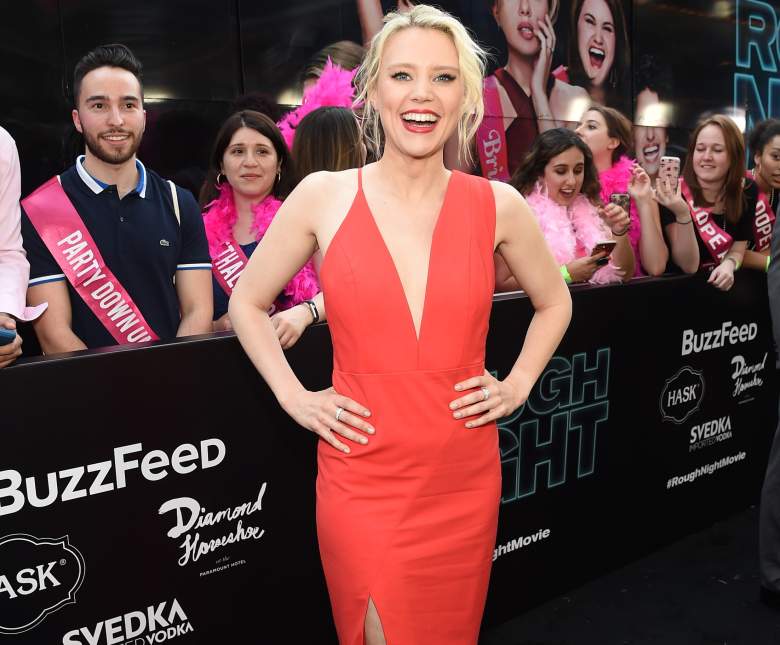 Saturday Night Live‘s hilarious cast member Kate McKinnon stars this weekend in the new comedy from Columbia Pictures, Rough Night. The 33-year-old comedian rose to fame with her stunningly accurate impersonations on the NBC sketch show, being able to transform herself into Hillary Clinton, Justin Bieber, Mika Brzezinski, Kristen Stewart, and even Jeff Sessions. Now, she stars in Rough Night as Pippa, a role which required her to adopt an Australian accent.

McKinnon comes from a family of four, as she was born and raised in Sea Cliff, New York. She has talked about the fact that growing up, her entire family was funny, and her sister is actually a comedian as well.

Here’s what you need to know about the family of Kate McKinnon.

1. Her Mother Is Laura Campbell & She Has Been on ‘Saturday Night Live’

Kate McKinnon’s mother is Laura Campbell, who has made several cameos on Saturday Night Live.

One came as part of a Mother’s Day monologue. On the show, Kate McKinnon says to her mother, “I’m sorry that whenever I would play make-believe with my friends, it was never princess. Instead we would reenact the shooting of Mary Jo Buttafuoco by Amy Fisher, and I of course would play Jo Buttafuoco. So I’m sorry for being so mom.”

Laura responds, “You know, honey, it’s good that you’re weird, because weird got you here.”

Laura Campbell also showed up on a separate episode of Saturday Night Live, this one hosted by Brie Larson; Laura briefly comes on stage and tells Brie Larson that she loved on her Short Term 12.

According to Columbia College Today, McKinnon’s mother was the president of her high school drama club and is a public speaker.

2. Her Father Was Michael Thomas Berthold, an Architect

Kate McKinnon’s father was Michael Thomas Berthold, and he worked as an architect.

“During his career, Mr. Berthold has designed thousands of residential and commercial projects on Long Island,” The New York Times reported in 2000. “Since the 1970’s, his tendency has been to take a solar/ecological approach to design. When oil prices plummeted in the early 80’s and solar design fell out of vogue, he was forced to turn to workaday architecture. Additions, extensions and renovations paid the bills.”

In the summer of 1999, Berthold was diagnosed with glioblastoma multiform, stage-four brain cancer. Because Berthold was self-employed, he had to pay for the chemotherapy himself, which cost him $2,000 a month. The Sea Cliff United Methodist Church subsequently started the Michael Berthold Fund to help pay for his medical care, according to The New York Times.

McKinnon says that it was her father that made her start watching Saturday Night Live when she was a kid, and when she won an Emmy for her performance on the sketch show, she dedicated the award to him.

“On a personal note, thank you to my beautiful and hilarious mother and sister and to my father, who’s not with us anymore, but he made me start watching SNL when I was 12, so thank you, and I miss you pop,” McKinnon said during her acceptance speech.

3. Her Sister, Emily Lynne, Is Also a Comedian

Kate McKinnon is not the only member of her family who is interested in comedy. Her younger sister is Emily Lynne, a stand-up comedian. Emily is 29, making her five years younger than Kate.

Lynne has a background in moviemaking, as she studied film at SUNY Purchase, according to her Facebook page. She also is a former editor at MultiVu, a media production company.

On YouTube, Lynne has posted many of her highlights, and the first thing you’ll realize upon checking some of them out is how much she sounds like Kate McKinnon, both in terms of her voice and in terms of her comedic delivery. On one of her standup sets, a YouTuber commented, “I honesty thought it was Kate when she started talking!”

Emily Lynne often involves music in her comedic performances, in September recording a song about Brad Pitt and Angelina Jolie’s breakup. She also has a political song directed at Congressman who want to defund Planned Parenthood.

In 2015, Kate McKinnon starred alongside her sister Emily Lynne in Notary Publix, a six-episode web series in which Kate and Emily star as two actresses who star in a show-within-a-show about sister notaries. In an interview with Refinery 29, they said that they frequently performed together as kids.

“There were a lot of videos made,” Emily Lynne said. “Really weird videos. Our first foray into the Long Island thing was — and I just watched this with Mom — The Grivadelchkis. Madison and Terry Grivadelchki.”

“She played a little bitch, and I was her trashy mom,” McKinnon added.

4. When She Was Growing Up, Her Whole Family Was Funny 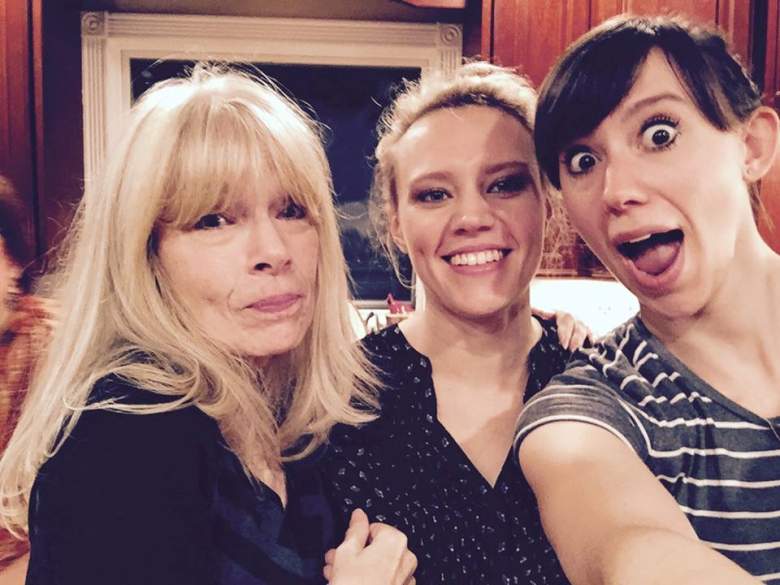 Kate McKinnon says that growing up, her whole family was as goofy as she was, and everyone did voices.

In an interview with Columbia College Today, McKinnon said that in particular, she and her sister Emily would memorize movie dialogue and recite it to one another, doing their best to mimic the voices.

“We both have a good ear,” McKinnon told Columbia College Today, referring to her and her sister.

McKinnon also said that her mother and father were funny as well. She told Columbia College Today that her father just loved comedy in general and imparted that love on her, saying, “He loved comedy and made sure that I watched good comedy my whole life.”

She also told Refinery 29, “There was a lot of sketch comedy in the house. They loved SNL. They encouraged us to watch Mel Brooks movies, which was required viewing…Our mom and dad are both very funny. And, they always encouraged us to look at things in a funny way.”

5. Her Family Supported Her When She Came Out as Gay 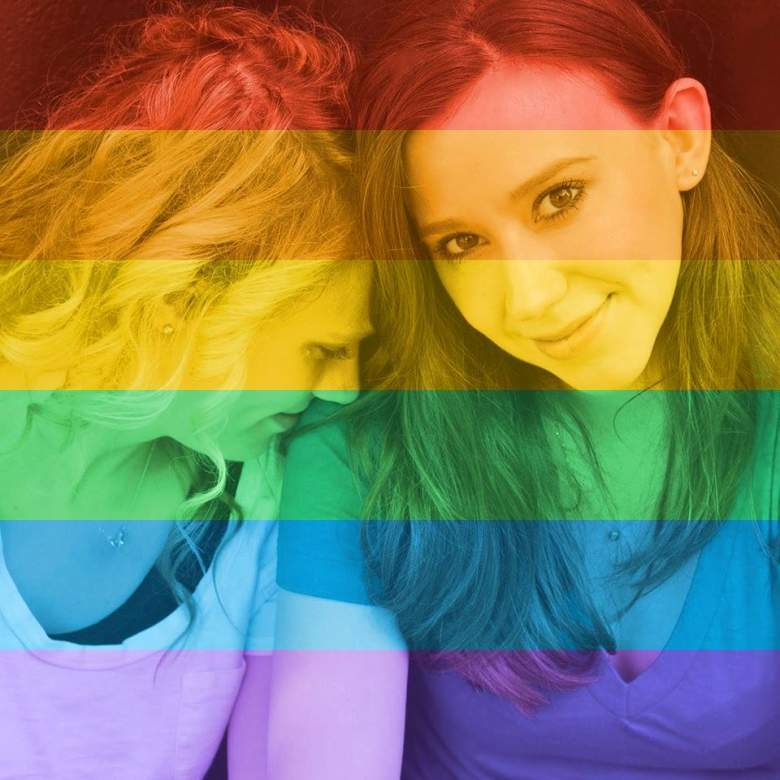 Kate McKinnon says that her entire family was supportive of her when she came out as homosexual. In particular, McKinnon has nothing but great things to say about her mother’s reaction, and she says that her mother has always been progressive.

“The thing that made it OK was that my mom had never said a negative word and has been unflinchingly, unbelievably supportive,” McKinnon told Columbia College Today. “She is so proud that I’m on The Big Gay Sketch Show and has no problem with me being a publicly gay figure. She has outdone herself as a mother.

According to Columbia College Today, McKinnon did not tell her sister about her sexuality for another three years after telling her mother, but Emily quickly became an ally.

McKinnon also said that she told her father she is gay shortly before he was diagnosed with brain cancer, and although he became religious in the final years of his life, he was always accepting of his daughter.

“In his sickness, he became very religious, but he never made me feel bad about [my sexuality],” McKinnon said.