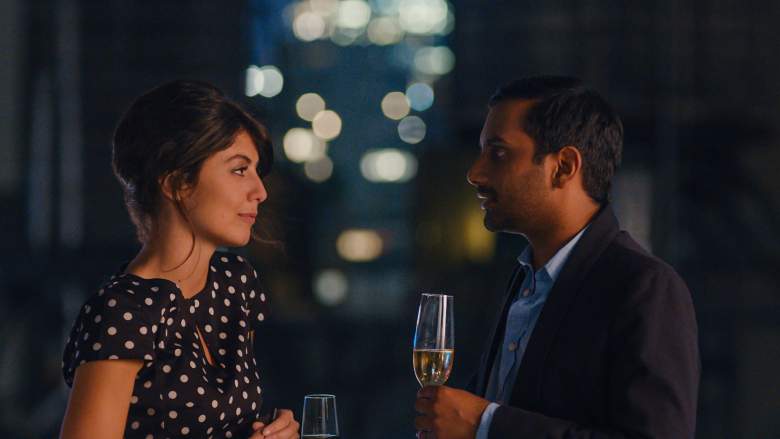 Alessandra Mastronardi as Francesca and Aziz Ansari as Dev in Master of None. (Netflix)

The second season of Aziz Ansari‘s excellent Netfli series Master of None has been available since May 12. Now that you’ve had a chance to see all 10 episodes, you might be wondering if there’s a third season. Unfortunately, Netflix’s creator-driven model means that Ansari and co-creator Alan Yang can take as much time as they want to make a new season, so there are no concrete plans for season three yet.

In the season two finale, there were plenty of threads left hanging. Did Francesca (Alessandra Mastronardi) really leave Pino (Riccardo Scamarcio) or was that last image of the season just a dream? Will Dev (Ansari) ever be able to have a successful acting career after his BFFs: Best Food Friends co-star Jeff (Bobby Canavale) was accused of sexual harassment? Will Arnold (Eric Wareheim) ever get a kissy-face emoji? How will Francesca’s grandmother keep her pasta shop running in Italy without her?

Don’t ask Ansari about a third season right now. He told Vulture that just thinking about making another batch of 10 episodes stresses him out.

“I immediately think of a year of very hard work,” Ansari said. “Now we’ve just finished the season and now we have other things we want to do. I love the show, and it’s the best job I have ever had to make a show with my best friend, and my whole entire immediate family.”

The comedian sounded as if he might even be OK with Master of None ending after just two seasons. If he doesn’t feel inspired to do a third season, it might never come. After all, there were questions about a season two even happening, since it was released over a year after season one was released in November 2015.

“The reason we took a break between season one and season two was so we could make something that was really a step up,” Ansari told Vulture. “I wouldn’t want to have it be a step back and make it not as cool as exciting. I think we need some to refill the notebook.”

In reality, Ansari dated chef Courtney McBroom for two years. They broke up in January 2016.

Yang sounded a bit more confident about Master of None season three in a new interview with Den of Geek!. He suggested that a third season would include a traveling episode. In season one, we saw Dev and Rachel (Noel Wells) leave New York for a few days in Nashville. Season two started off in Italy.

“If and when we get to do a next season, we have a long list,” Yang explained to Den of Geek!. “We love to travel so much, and one of the great freedoms of this show is being allowed to maybe take Dev to other places. Aziz and I were both just in France, which was really fun. Obviously we like going to Japan—we took Rachel there in season one. I’m curious about so many parts of the world and I love traveling so much that who knows! I could travel somewhere tomorrow and end up wanting to put it in the show.”

Master of None stars Ansari as Dev, a New York actor. But that job is often forgotten about as Yang and Ansari explore their characters’ friendships and romantic relationships. For example, season two included the wonderful “Thanksgiving” episode, where we saw Dev’s Thanksgiving dinners at Denise’s (Lena Waithe) house in different time periods. The episode had nothing directly to do with the plot of the season, but it gave Ansari, Yang and Waithe a chance to show how things have changed over time through the perspective of one family.

In a Hollywood Reporter interview, Yang said the season’s ending was deliberately ambiguous. Did Dev’s relationship with Francesca really work out?

“I’m leaving that up to the viewer. I don’t know. I really don’t know,” Yang told THR. “Yeah, that remains to be seen. Even if we do another season, we might not answer that.”